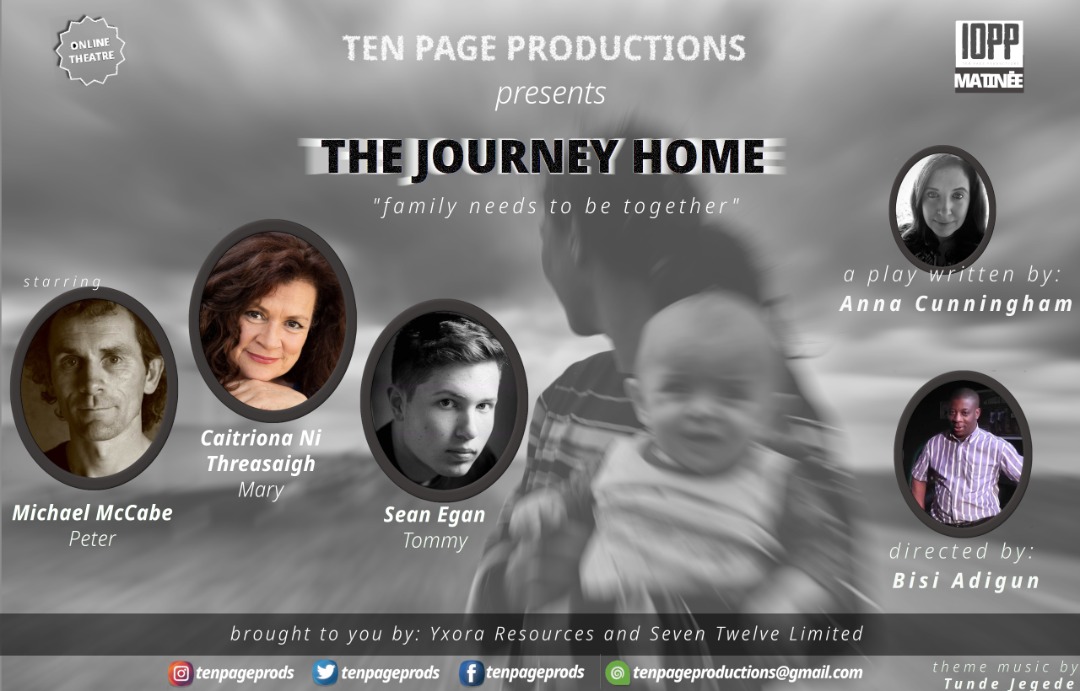 In late August 2020, Aduke Gomez invited friends to a Zoom Party to watch a play she had just finished producing, with Ladi Dawodu, her collaborator.

“Over the past few weeks”, she wrote, “I along with my co-producer, have embarked upon developing a series of ten new short plays under the umbrella of “Ten Page Productions” (10PP)”.

“We would now like to invite you to a screening of the first of the short plays to be released by 10PP”. 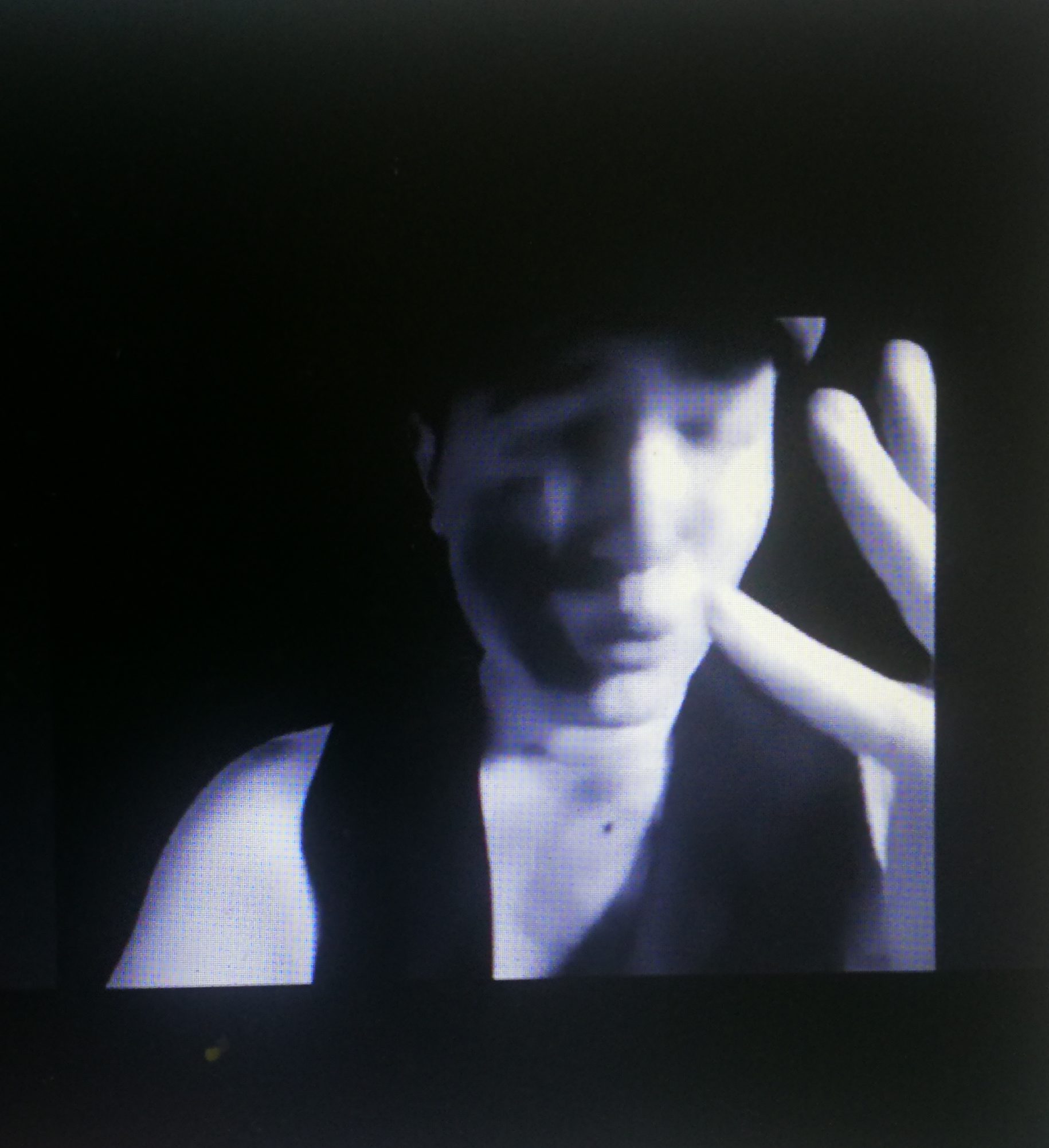 The Journey Home, written by Anna Cunningham and directed by Bisi Adigun, is a 12-minute drama, set in wartime Britain.

Against the background sound of bombs, a husband and wife and their teenage son express emotions of surprise, anger, familial love, career and lifestyle choices, and an overarching sense of danger in doses far in excess of the play’s timeline and the number of actors.

It says everything in the short time frame without saying a lot.  Ms. Cunningham has delivered an absorbing tale and her three-man play has been tightly interpreted by a disciplined director.

I got across to Ms. Gomez online, to explore the background to A Journey Home and the nine other plays that Ten Page Productions is working on.

Below are excerpts from the conversation.

Toyin Akinosho: How did two Nigerians become executive producers (meaning sponsors) of an entirely British play. Yes, I know you are half British..

But where to find them??

Aduke Gomez: So I persuaded and bullied…

Aduke Gomez: Some were easier than others. But I was determined on ten as I felt it would be a body of work

Toyin Akinosho: Interesting! Meaning that you cast your net wider than just this country

Toyin Akinosho: And they all had to be virtually produced?

Aduke Gomez: Virtually recorded, yes. Because my belief is that Zoom is the medium for showing the plays. We have ten plays – 5 are written by writers in Nigeria. The other 5 are written by Nigerians in the diaspora, and English writer

Toyin Akinosho: The Journey Home is…

Aduke Gomez: So, Anna and her family used to live in Lagos so I knew about her grandmother and how she wanted to write a book about the granny

When I was looking for the plays I called her up and said – while we wait for the book, write me a short play. She had never written a play before

Aduke Gomez: So, when she sent me the play. I loved it. But problem…

Aduke Gomez: Who will act it? It’s not a play that you can do colour blind casting. And even English white actors would not be able to deliver the lines. There needed to be that Irish delivery and intonation

Aduke Gomez: Anyway, in my internet strolls I had come across the name of a Nigerian director who did his Ph.d in Dublin and had worked on the Dublin theatre scene

Aduke Gomez: I didn’t know him

Aduke Gomez: Had never met him before. I asked around sha, someone said –‘I don’t know him, but here’s a photo of a book he wrote..’ 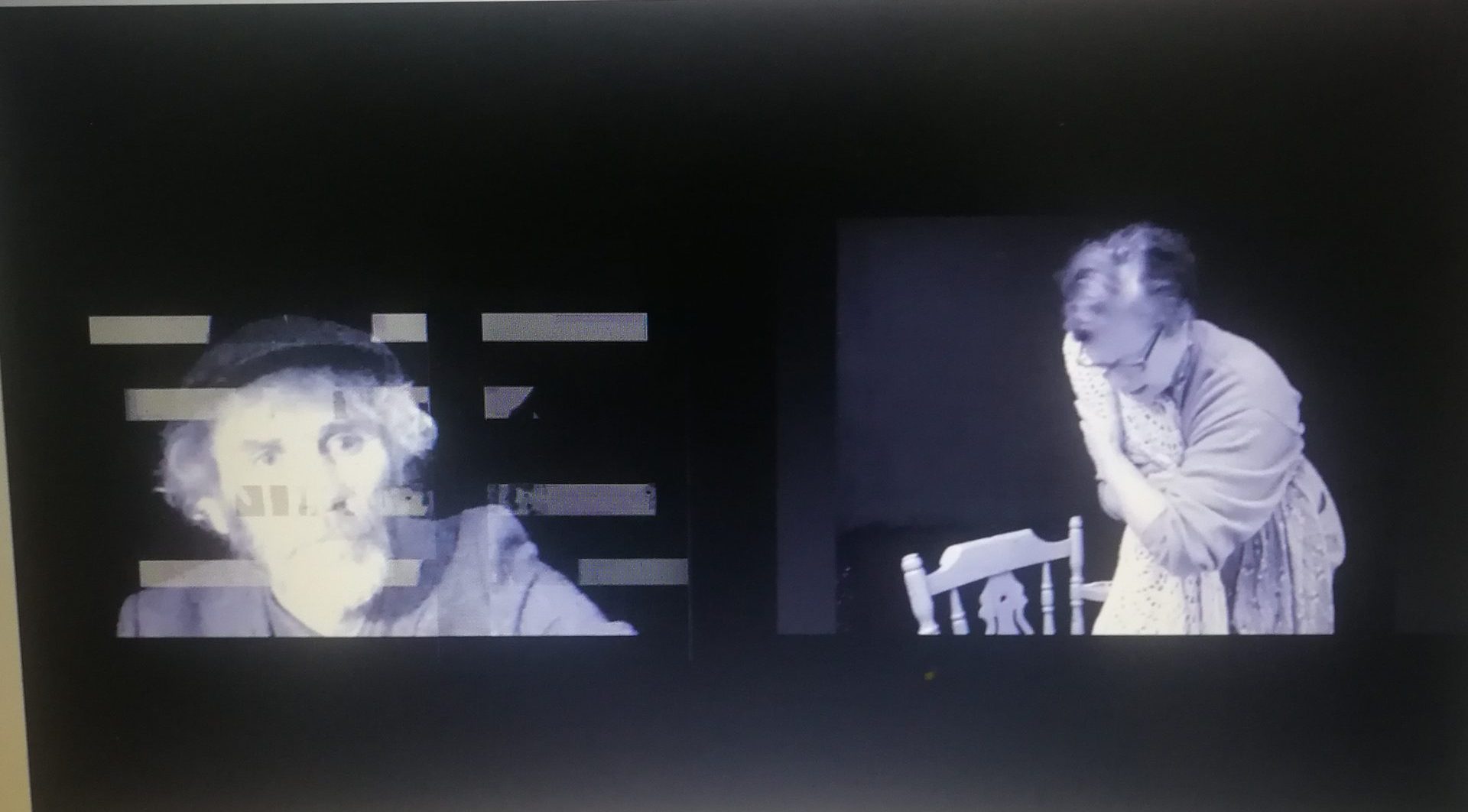 Toyin Akinosho: Of the book he wrote?

Aduke Gomez: Yep . So I got the publisher to introduce us. We spoke on the phone and zoom

Toyin Akinosho: So, what book is this? The Soyinka book?

Aduke Gomez: He asked for the script. I sent it. And the rest is history.

Aduke Gomez: Prof (Adigun) agrees to direct. He found us the actors through his old links in Dublin. They rehearsed

and recorded over Zoom. And bingo!

Toyin Akinosho: So, between May and now, in the space of three months, you cobbled together 10 Fresh plays

Aduke Gomez: Yes. Ten plays are written. 1 has been released. 3 others have been recorded (being edited) 3 are in rehearsal now. The last 3 should start rehearsing in a couple of weeks.

Aduke Gomez: The ten plays all have been assigned directors. And the casting is complete apart from one play where the final role should be wrapped up next week (i.e. the second week in September 2020).

Toyin Akinosho: That must have cost a Pretty Penny

Aduke Gomez: Everyone who has participated has done so pro bono

Toyin Akinosho: You willed this thing. And delivered it. All in Virtual space!

Aduke Gomez: Yeah, I guess. By Christmas we would have completed them all.

Toyin Akinosho: You guess? No word has ever come across more of an understatement

Toyin Akinosho: So the distribution will also be virtual..

Toyin Akinosho: So, how did your Co-Producer come about?

Aduke Gomez: So, I had met Ladi about 18 months ago at some writing/acting workshop thing. We were the granny and the uncle of the class. As Every one else was 22. So we became friends as the adults in the class. And over the months we kept in touch. 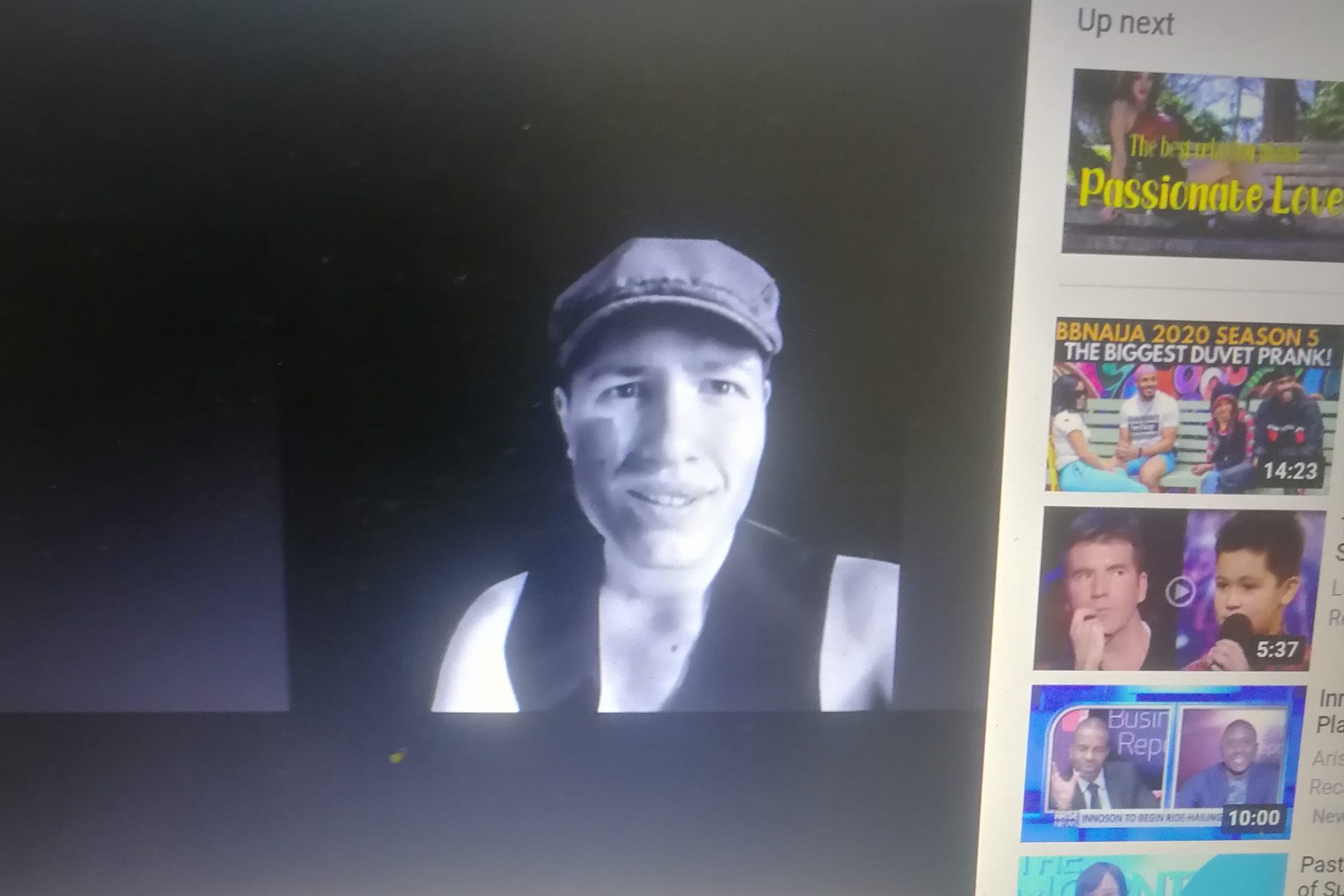 Aduke Gomez: Ladi is an IT techie consultant but acts on the side

Toyin Akinosho: Interesting. I always want to attend those things, but  for that fact..

Aduke Gomez: So when I had the brain wave, I called him up and said – hey if I can get ten new plays, can you get the actors. He said yes.

Aduke Gomez: But, probably only to be polite. Because in about 2 weeks time – I popped up again saying here are the plays? Where are the actors?

Toyin Akinosho: So he didn’t deliver?

Aduke Gomez: Who would take such a request seriously. When he had recovered from the shock and read the plays, he found the actors

Toyin Akinosho: ..And the directors..

Aduke Gomez: Between us we found the directors

Toyin Akinosho: You have Overtried sef.

Toyin Akinosho: How would you  respond if someone tells you that what you have crafted is the most significant Culture story of 2020?

Aduke Gomez is a lawyer, writer and, now drama producer. She utilises her legal and advisory skills to assist in business and creative development.  Commencing in legal practice with Udo Udoma & Belo-Osagie, she later worked for many years in various leadership roles within Ecobank Nigeria Ltd. Aduke was appointed to the Governor Fashola Administration of Lagos State as Senior Special Assistant/Secretary to the Lagos State Hotel Licensing Authority. She was also appointed to the Lagos History Committee and the Lagos Carnival Committee. Her published collection of poems While We Are Here, Let Me…was featured as a festival book for both the Lagos Book and Art Festival 2017 and the Ake Festival 2017. 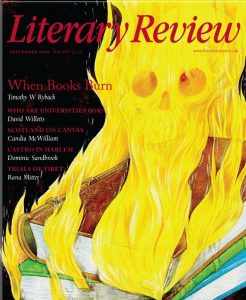 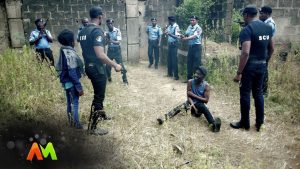 Next post The Broadcasting Commission’s Latest Amendment: The Facts