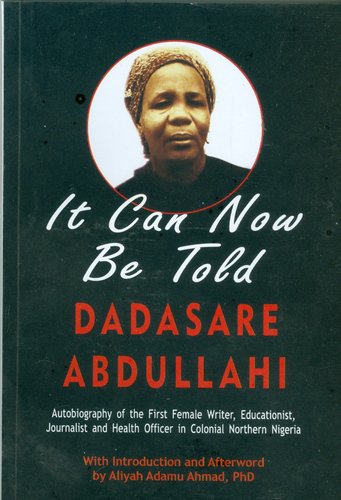 The Chibok incident remains one of the most unfortunate incidents in Nigeria’s modern history.

But child kidnapping in the country goes way back to the days of empire.

In 1929, an 11-year-old Fulani girl was kidnapped by a family member and handed to a white colonial paedophile who kept her as a sex slave. By any standard, this was a scandalous incident but because the colonial officers wielded absolute powers, no one dared to question the barbaric act. When the young girl escaped and tried to return to her family, she was returned to the colonial officer. Dadasare Maimunatu Abdullahi, to the few people who knew her story, is known as Northern Nigeria’s first female journalist, educationist, health worker and a recipient of a national award. Hers is a story of triumph.

Until it was published in 2019, 35 years after her demise, very few people knew her story, as the material, published as It Can Now be Told, was written by her before her demise. The manuscript was lost for long before a scholar began the process of searching for it.

This memoir shows that life writing is capable of functioning as an ethnographic work.

Dadasare Abdullahi belongs to that generation of Nigerians, born in the country’s formative years, growing up as the country evolved, witnessing independence, the civil war and post colonial disillusionment. In spite of the importance of the work, her perspective in the story is distinctly northern. She reflects the period when regions developed and operated on their own accord. Rising from a childhood of abuse and neglect, she later lived with another white colonial officer, Dr. Rupert East, who she moved in with on her own accord. She studied Nursing in the United Kingdom and after working there for a while, she returned to Nigeria where she worked as health officer, educationist, journalist and researcher. Beyond the numerous activities she was involved with, she was also an activist and organiser. She said of some of her organising work: ‘I founded a Northern Nigerian Women’s Association with headquarters at Kaduna, and I have become chairman of the Zaria branch… Finally I helped to found an International Women’s club, consisting at present of branches at Kaduna and Zaria… (93)’

Her autobiography is an anthropological text as it reflects the culture of her people in the era she writes about. Her research experience after retiring from government employment makes her perspective even more important as an observer and influencer of culture. She writes extensively about her method of educating the women of northern Nigeria. At a time when Western education in the country was in relative infancy, she devised techniques of educating women that were respectful of local religion and culture.  She notes that Western education can be elitist so she allowed women without exposure to Western education take roles and used illustrations and the local language in communication. Another important part of the memoir is the author’s account of her trip to Mecca. It qualifies as a small travelogue because it is detailed and revealing.

This memoir shows that life writing is capable of functioning as an ethnographic work. It is a text that details the period and it would be useful to anyone studying the period in question. Some of the social challenges like poverty and child marriage highlighted in the memoir are still prevalent in today’s northern Nigeria. The part where she details her pedagogical methods is instructive and might help with a lot of current challenges that women face in northern Nigeria. In spite of the merit of the memoir, there are a few editorial gaps that could have been closed even though they do not remove from the memoir’s historical and literary merit. Also, it is worth mentioning that the memoir does a lot of pandering to a foreign audience. This might be because of the author’s history or transference of her relationships with white masters. The author tries to get English equivalents of local items from her childhood.

Women like Dadasare have been written off Nigerian history and it is manuscripts like hers, scattered across the world, that bring them back into public remembrance and knowledge. The afterword states that her diary, now preserved, also contains more details of her life and experiences. Documents like this are useful in dispelling single narratives, assumptions and dangerous stereotypes. It is hoped that this commendable publication of Dadasare’s memoir would inspire other scholars and families to dig up memoirs, diaries of historical figures that have played prominent roles in Nigerian history. 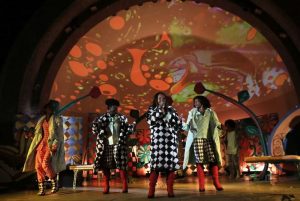 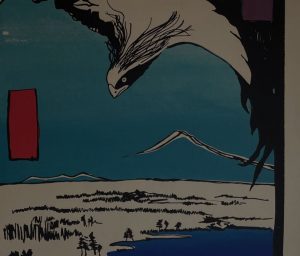