To the lengthening list of Wole Soyinka’s published works that have been/are being adapted for the screen, add this unlikely one: The Man Died.

Awam Amkpa received Soyinka’s nod, to produce a film out of the work. The 63-year-old professor of Drama, Social and Cultural Analysis and Dean of Arts and Humanities, at the New York University (NYU) in Abu Dhabi, is working with the Nigerian filmmaker Femi Odugbemi and the journalist/culture communicator Jahman Anikulapo, one time editor of The Guardian on Sunday.

The work is at the preliminary, pre-production/ script workshop stage. There is no clear sight to funding yet, but Amkpa is consulting his extensive list of contacts. The University, he says, has allowed some $400,000 seed money for the project.

No one says it is an easy job.

The Man Died is one of those Soyinka works widely described as obscure. On the surface it is a memoir of the Nobel Laureate’s 26-month arrest and detention at the start of the Nigerian Civil War (1967-70). But it is not a story that is narrated from A to Z. The text is largely a long conversation the author had with himself: a work of deep introspection, in which Soyinka lays out his experiences by retreating into and living within his own mind. The book’s “obscurantist” telling may derive from the fact that it was written from a very angry place. Soyinka, who nearly didn’t survive the ordeal, was deeply frustrated. A Shuttle in the Crypt and Madmen & Specialists are other texts he wrote in a similar vein.

“The film will be a fictionalized account of a nonfiction material”, Amkpa explains, over drinks at an art exhibition opening in Lagos. He is ostensibly in town for a month-long holiday, but has been in meetings with Professor Soyinka and the other people on the project, across the country. “We are consulting the several biographies of the era (in which the events in the book take place)”, he says. “A good back story leads to an authentic film”.

Soyinka’s texts have been making it to the cinemas since 1971, when the film adaptation of Kongi’s Harvest, a play he published in 1964, was released. Kongi was directed by African-American actor Ossie Davis, with the playwright himself in the lead. “There is also The Strong Breed, his early drama about the system of ritual carrier, out of which Jo Ramaka, the Senegalese director and writer, has created a short but intense film entitled Ainsi Soit-Il (So Be It), (1997)”, reports Akin Adesokan, Associate Professor, Cinema and Media Studies, at the Indiana University Bloomington, United States. “More recently, the writer Dapo Adeniyi wrote and produced a film version of Soyinka’s autobiography, Ake: The Years of Childhood (2015), and Nigeria’s foremost director Tunde Kelani adapted The Lion and the Jewel as Sidi Ilujinlẹ (2017)”, Adesokan adds.

AWAM AMKPA TOOK AN EARLY KEEN INTEREST IN ACTING AS AN EXTRA-CURRICULAR ACTIVITY under the mentorship of the legendary D.J. Bullock at the Federal Government College in Kano. He studied drama under Soyinka and Yemi Ogunbiyi at the University of Ife, and took his master’s degree and PhD in the subject at the Universities of Ahmadu Bello, Nigeria and Bristol, England, before teaching at King Alfred’s College, Winchester (UK), Mount Holyoke College, Hadley, Massachusetts (United States) and now NYU. He has combined academic study of theatre with practical experience, and worked on John Arden’s Sergeant Musgrave’s Dance in Ife and directed a feature film: Tess Onwueme’s The Reign of Wazobia in the United States.

To deliver The Man Died, Amkpa is looking to consult Mohammed Zongo, the Nigerian- Ghanaian playwright, who is his colleague at NYU and Caryl Phillips, the Kittitian-British novelist, playwright and essayist, who is a Professor of English at Yale, for the script development.

Amkpa’s academic interests include, among other concerns, the “tormented legacy of empire” and in the “dramaturgies of resistance” in Nigeria and England. The Man Died fits snugly into the latter. 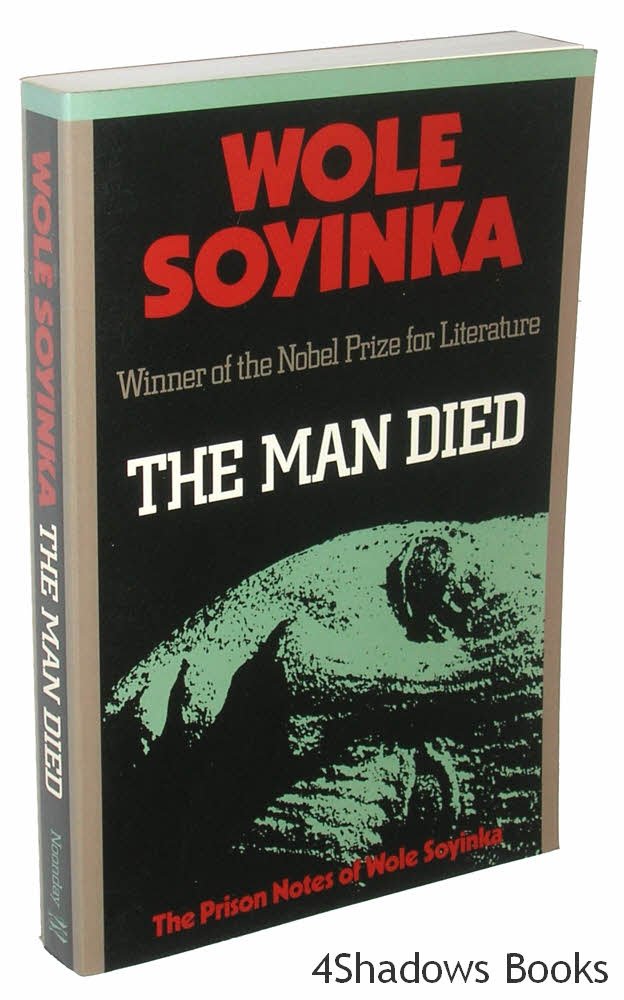 Although Awam Amkpa is a tenured professor at a bespoke American University, and is widely respected in his field, you get the sense, talking to him about the The Man Died project, that he would appreciate that Professor Soyinka is very pleased with the film after it is made. “He (Soyinka) recently showed me a film adaptation of a drama piece, describing it as a televised copy of the drama and not a film”, Amkpa says. “And he said it in a way that, well, I got the idea, but I know what the film language is and I know what I am doing”.

Akinosho is publisher of BookArtville.com and co-convener of the Lagos Book & Art Festival (LABAF) 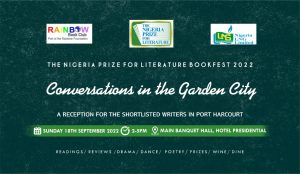 Next post Rainbow Book Club to host the ‘Final Three’ of the  2022 Nigeria Prize for Literature, in Port Harcourt

One thought on “‘The Man Died’ , Another Soyinka Book, on Queue for the Big Screen”