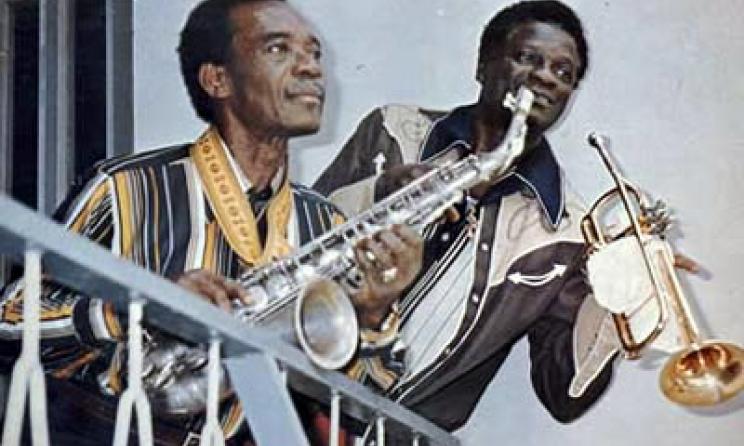 And Tony Allen went after him last Thursday.

But long before they left, many of the country’s highlife veterans, like them, had passed on.

Of course, the Ghanaian greats such as Emmanuel Tette Mensah, Joe Mensah, King Bruce of Black Beats, Jerry Hanseen of Ramblers, Stan Plange of the Uhuru Dance Band, Star Gazers, the Comets, Rhythm Aces and others.

These were the greats.  I pay tribute to them.

I’m not excursing into the origin of Highlife. As Fela Anikulapo Kuti would say, that topic is for a Symposium for another day.

Highlife reigned in the Nigerian music scene in the late 1950s and 1960s.

Next to football, highlife was the unifying bond between Nigeria and Ghana, with great bands such as a man I will describe as the greatest highlifer the world over – Emmanuel Tette Mensah (E.T Mensah) a pharmacist turned musician. Like Jerry Hansen of Ramblers Dance Band, King Bruce of Black Beats, Broadway Dance Band, Star Gazers, and others coming to Nigeria to do their things with their Nigerian counterparts. Some of them jammed at the then famous jamboree – The Havana at University of Ibadan and other numerous clubs particularly in Lagos.

There was a thriving live-band scene everywhere in the country. And Highlife music was the content. The closest comparison with that today is the lounge experience, the after-hours congregation of young people in places with ambient hip hop music and Premier League soccer on large screens.

In those days, “the lounge” was the Hotel premises and night clubs. The was great spread of Highlife with various musicians playing. The bandstand was the key thing that an entertainment spot had.

Costain Night Club, Hamdala Hotel and Dubai Hotel all in Kaduna beamed with activities. Federal Hotel, Campari Hotel and King Garden Hotel all in Kano were all Highlife zones. In Enugu, The Coal City had spots such as Niger Hotel, Nido Hotel and Presidential Hotel. Finally at Ibadan where Highlife thrived seriously, were Paradise Hotel where Eddy Okonta mesmerized the boys with hit sounds such as ORIWO I960, 61, 62, 63, and 64 with the bass voice of Nat Buckle (of the Beret Fame), Independence Hotel where brother Orlando Julius was doing his thing.

Today’s septuagenarians who were boys at that time will remember Easy Life Hotel (where Bola Johnson – of I go die o! fame was playing as well as Central Hotel – Roy Chicago’s base before relocating to Lagos-and, of course, Chrisbo Hotel.

Pardon me to say, there is no single one of all these spots I didn’t visit one time or the other.

The Nigerian war which started 1967 dealt a great blow to Highlife Music with most of the key players leaving Lagos for the East. It’s on record that it’s only Fela Ransome Kuti and Victor Uwaifo who stayed – based at Kakadu Night Club, keeping the beat on. Musicians like Dr. Victor Olaiya and Roy Chicago were conscripted to war fronts.

By 1970 at the end of the war, other music genres which were not too dominant had taken over the music scene.

Many Nigerians, great personalities and groups such as CORA (committee for Relevant Arts) have done a lot to promote highlife particularly through their relationship with Goethe Institut to promote this genre. Kudos must be given to them for their effort which gave birth to the emergence of the Great Highlife Party which started at Ojez’s restaurant at Iwaya years ago. They have tried their best to reposition highlife music without seriously achieving great goals. I remember an occasion at the defunct Great Highlife Party at Iwaya when late Pa Steve Rhodes, one of the Nigerian great aficionados lamented his ordeal. The octogenarian has sent proposals on highlife resuscitation to over 50 great organizations seeking support, not only did they not support, not a single had the courtesy of acknowledging the proposal.

As a teenager, I remember the late Nkrumah of Ghana, he would always go with a highlife band on beat  his various trips-particularly with the Black beats band headed by King Bruce. It is dismaying to see the former head of state of our dear country invite a foreign band to perform at his daughter’s wedding.

NIGERIA IS ALSO TOTALLY BANKRUPT WHEN it comes to archival materials. Before the demise of my good friend, Late Yinka Craig, an highlife enthusiast, I approached him on the possibility of getting some of the video recordings of some highlife veterans such as Bobby Benson who had 39 episodes with NTA, Eddy Okonta, Roy Chicago etc who have had several recording sessions with NTA. But Alas NOTHING was found when we both visited the so called “archival office” near Alagbon close. I went to WNTV in Ibadan- nothing. Similarly nothing of note was found at the various radio stations.

Presently 90% of the highlife music in Nigeria air waves are collected or donated to the stations by our company Evergreen Musical Company Limited.

When Nigeria was 50, Dr Victor Olaiya, the Doyen of Highlife music still alive, who performed at the independence of the nation in 1960 was not invited, recognised or asked to perform in any of the numerous musical shows at Abuja. They rather highlighted some Pikins. It is beyond sad that the only time you see these great men on the television is at their demise.

Unfortunately this genre of music is almost going extinct in Ghana. During my trip to Ghana you will hardly see where this music is being performed. It is an almost forgotten genre there. Evergreen Musical Company delved into our archives and gave them the complete works of their highlife musicians. These include the E.T Mensah, Ramblers, Black Beats, Broadway, Uhuru, Star Gazers etc

The management of Stadium Hotel, Surulere, must also be praised as this place remains the only guaranteed spot where highlife is offered on weekly basis. Many highlife greats had their tutorage under Victor Olaiya, Fela Ransome Kuti, Rex Jim Lawson, Sir Victor Owafio, Dele Ojo and many others. It will be noted that great men, including some heads of state, Royal Highnesses such as late Oba Okunade Sijuade frequented this spot in those days. Presently with a little touch this place can become a Mecca for Higlifers.

Today, I am happy that the intelligent and innovative ones among the hip hop musicians are fast realizing that highlife music is the real thing. It is the pavement, which is why they are Collaboing with their music fathers. 2Face Idibia set the pace with Dr Victor Olaiya’s Mofe Muyan (Baby Mi Da), Banky W with Pa Chris Ajilo and several others in the pipeline.

Today, we have two major groups on social media platform spear headed by MMIS with powerful personalities such as Aremo Segun Osoba, Yinka Alakija, Taiwo Ajayi Lycett, Engr. Bex Akwada, Mr. Akin Fatunke (AK 47), Femi Esho( very inactive member), and other big highlifers like those in diaspora – Dr AG Ahmed. To be an effective member of this group you must be prepared to murder sleep, hence it is a 24hour brain storming exercise. This group was initiated by my second LOVE, my energetic and brilliant daughter Bimbo Esho (BYE).

My sojourn in this music started actively in 1958 when as a primary six student, I gathered six of my classmate, stole my grandmother’s money ( don’t worry I was the cashier to this pretty and wealthy lady), I bought five flutes, taught them how to play.

We were playing Ghanaian tunes such as Abasido by Black Beats, Anchor (Eyimisia same group) Gyseu by E.T M Mensah) Apeteshi by the Comets and several Ghanaian tunes. I heard the tunes from the then bush radio.

Efforts are being made by Evergreen Musical Company (a company which belongs to all of us highlifers) to put up a music foundation where at the touch of the button you can hear the music of any Nigeria/Ghanaian musician dead or alive particularly highlife.

With almost 60 years followership of highlife music, I am proud and privileged to proclaim I will use my last blood while I am still alive to ensure highlife music does not die. It is my breath, I eat it, I drink it. I will guide it jealously and religiously.

We must keep Highlife Alive.

This is a slightly updated, abridged version of the tribute to the broadcaster and music critic, Benson Idonije, on the occasion of his 80th Birthday Anniversary, which was a weeklong series of events, in June 2016. 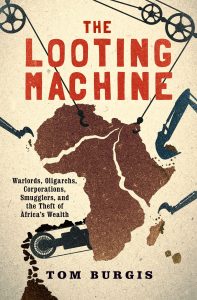 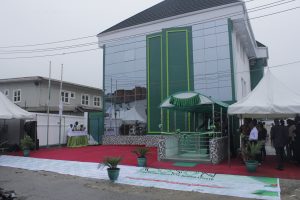 Next post COVID Exposes the Raw Wounds of COSON