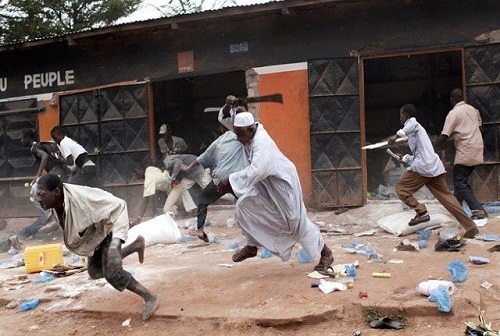 We heard it last during the heydays of Donald Rumsfeld under George Bush – and judge in what condition it has left that part of the world, and beyond.  Rumsfeld’s namesake – a sobering coincidence – also spat the same gung-ho rhetoric. That Donald once ordered his uniformed forces to “go out there” and “dominate the environment”, following civilian protests at extra-judicial killings of blacks by state police. Soon enough, leaving nothing to chance, that Donald II seized on the first opportunity to personally mobilize a mob to “dominate” Capitol Hill, his own seat of government that was clearly slipping from his control.

Optimists are free to underplay that threat to the much-acclaimed democratic beacon. Study that scenario carefully however, and you find It is not a question of: it could never have succeeded. Such surmises are wrong, It COULD HAVE SUCCEEDED, albeit with unpredictable consequences for America and the world. And so, when the elected head of a democratic state like Nigeria, not perched precariously on the knife edge of power but with a couple more years in the kitty, threatens to “shock” dissidents, we should indeed be shocked out of any complacency. Even if History has been deliberately eliminated from the school’s curriculum, Memory suffices to jerk us into a watchful, precautionary alert.

I hold no brief for those who resort to burning down police stations, slaughter their occupants simply for the crime of earning a measly monthly pittance, torch electoral offices, assassinate politicians in calculated effort to set sections of the country against others in the promotion of their own political goals. These are largely nihilists, psychopaths and/or criminal lords, soul mates of Boko Haram, ISWAP, Da’esh and company, not to be confused with genuine liberators. All over the world, throughout history, elections are denounced, boycotted, and generally delegitimized without recourse to wanton butchery.

When, however, a Head of State threatens to “shock” civilian dissidents, to “deal with them in the language they understand”, and in a context that conveniently brackets opposition to governance with any bloodthirsting enemies of state, we have to call attention to the precedent language of such a national leader under even more provocative, nation disintegrative circumstances.  What a pity, and what a tragic setting, to discover that this language was accessible all the time to President Buhari, where and when it truly mattered, when it would have been not only appropriate, but deserved and mandatory!

When Benue was first massively brought under siege, with the massacre of innocent citizens, the destruction of farms, mass displacement followed by alien occupation, Buhari’s language – both as utterance and as what is known as “body language” – was of a totally different temper. It was diffident, conciliatory, even apologetic.  After much internal pressure, he eventually visited the scene of slaughter. His language? Learn to live peacefully with your neighbours. The expected language, rationally and legitimately applied to the aggressors, was exactly what we now hear – “I shall shock you. I shall deal with you in the language you understand”. That language was missing at the moment that mattered most. It remained “missing in action” for years until a belated “Shoot at sight” outburst. Too late, and of course, inappropriately phrased. The precedent had been set, the genie let out of the bottle, consolidating a culture of impunity that predictably spread its bloody stain all over the nation.

Buhari’s recent deployment of this language is thus wrongly targeted, and tragically untimely. Even while he was threatening dissidents, an agenda of both secessionism and alien occupation was taking place not too distant from Aso Rock. ISWAP was taking over the already excised territories of Shekau’s Boko Haram, appointing new warlords of the occupational forces, sectioning Nigeria into vassal states and unfurling their replacement flags of domination. Soon, logically, ISWAP’s letters of diplomatic accreditation will be presented in Aso Rock?

We must however backtrack a little – that is the function of memory. It would be false to suggest that these eggs of impunity are newly laid. They have been incubating in loathsome hatcheries of power and domination for years, even decades, and now the raptors have been hatched and taken wings. The political culture of the devil’s bargain, of denial, evasion, avoidance of constitutional mandates, the culture of “appeasement of the unappeasable” – to quote myself – in order to gratify the vested interests of a narrow, power obsessed elite has blossomed. Finally, the chickens have come home to roost.

The evocation of the Civil War, where millions of civilians perished, is an unworthy emotive ploy that has run its course. In any case – and this has been voiced all too often, and loudly – the nation is already at war, and of a far more potentially devastating dimension than it has ever known. Every single occupant of this nation space called Nigeria has been declared potential casualty, children being pushed to the very battlefront, without a semblance of protective cover. We have betrayed the future. We need no breast beating about past wars. The world has moved on, so have nations. Some, however, prefer to move backwards. The continent is full of these atavists. In Nigeria, powerful cliques of this persuasion still roam the corridors of power We are indeed at war. It does not take the formal declaration of hostilities, with or without lethal bombardments, for a nation to find itself shell-shocked. The populace of this nation is already in that shell-shocked condition. So, what is there left to shock?

It is time to think “outside the box”. That many, in so doing, find no landing place except dissolution, is not a crime. It is not peculiar to any peoples, and is embedded in the ongoing history of many, and not only on this continent. It is their natural right as free citizens, not slaves of habit and indoctrination. Where disillusion rides high, sentiment tumbles earthwards, and the only question becomes: what can be salvaged?  It thus remains the responsibility of leadership to persuade them, through both discourse and remedial action, that there are other options. Attempted bullying is not a language of discourse, nor the facile ploy of tarring all birds with the same feather.

I shall end on a personal note. It was not intended but, in view of breast thumping rhetoric by one president after the other over military sacrifice – undeniable, certainly – such recalls should be considered salutary.  The heroic exploits of our military in confronting some of the deadliest internal forces of dehumanization deserve their place of honour, not only in history, but in contemporary consciousness. However, let not the military fail to take its place centrally in the nation’s ongoing, unavoidable soul searching. And so to an instructive intervention by this “bloody civilian”, in what should be an exclusionary portfolio of the keepers of a nation’s mandate for secure existence.

It took months for me to effect a meeting, agreed in principle, with a former National Security Adviser. It took that long only because I refused to meet him within the country, since it had become clear that the security forces, in addition to high levels of governance, had become infiltrated by the very vicious elements that have fully established and sustained a lethal dimension. I was not about to let myself be “sold out” to unseen forces in my eagerness to sound an oppressive warning.  We eventually met in London. The records, I am certain, will be found in the National Security files and, in any case, I went accompanied.  My mission was straightforward – to let him know that the nation was under siege, that the nomadic herdsmen that then threaded the forests were of a different breed from those whom we normally encountered in that environment that was also close to second home to some of us. We met. That National Security Adviser assured me that the military was aware of this, and that his mission to the United States was to negotiate the purchase of spotter planes to patrol the forest routes. I retreated, satisfied, to my normal preoccupations. No, not entirely true – I did take other supplementary steps internally, including meetings with high level state officials in the West.

Now comes the rub! Imagine the chagrin, this past week or two, as revelations emerged, ten years after that meeting, of humungous amounts from oil resources being found in the US off-shore accounts of that pivotal figure of any nation’s security architecture! Is that an exceptional tale? Not in the least! He is not the first multi-starred general to be thus exposed, some even brought to trial. While Boko Haram was consolidating, a Nation’s Security Czar was also consolidating his nest egg with funds meant for elimination of a national scourge.

Shock? No. Civil Society already has a superabundance of the military shock treatment!

Previous post But He Speaks So Well – Memoir of a South African identity crisis, by Ivan Johnson (Tafelberg) 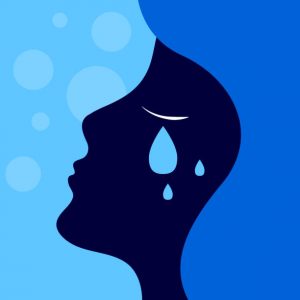 Next post The Grieving Wife, The Loving Sister-in-Law..And… What Else?