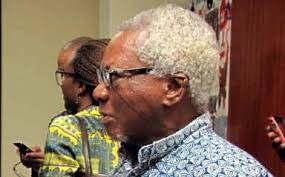 Earlier, in the elevator going up, I had started what turned out to be a proper prologue.

‘I have a letter for the editor’ I said.

Oh, have you? And where is it?’ Mr Friendly asked in his warm baritone voice, crushing like gravel in a barrel rolling down a road.

‘I still have to write it!’ I laughed.

‘You carried a news story about Nigeria on your main feature page yesterday.’

Oh yes, about the emergency situation up there in the western State.’:

‘Really? What about the treason trials?’

‘Those have just come up and take barely a couple of paragraphs in your story, which I must say

you gave a good amount of space.’

Well, we are trying the best we can to cover Africa.’

‘You mean the Congo Republic and Algeria, and perhaps Nasser and Nkrumah -‘

Well, we are doing the best we can. That story you spoke of for instance, was filed by our own

‘Undoubtedly!’ I agreed. ‘I remember the fellow was thrown out of Ghana and some other place.’

At this point, a curtain of silence fell between, which didn’t lift until we were inside and had fallen

on the fare. ‘Mr Clark, what did you think of the Cuban crisis?

‘Think?’ I looked up. So sudden had the question and such was the short-circuit way it charged the room, for a time I paused palpably between the food going at that moment into my mouth and the words that everybody had stopped and was waiting to hear come out of there.

‘Oh, come come,’ gurgled the distinguished gentleman at the head of the table, for it was he who had popped the question on me. ‘Surely,’ he went on, you must have reacted in some way. Why, the world was on the very brink of total nuclear war in those first days when Russian ships kept steaming towards the cordon of quarantine the US had thrown about Cuba. Don’t tell me you slept through it all.

Well, surprising as it may seem I began, finding passage at last for words and food, ‘I slept quite soundly in the thick of the crisis.’

‘How was that?’ several voices spouted

‘Oh, simple. I never for one moment believed Kennedy and Kruschev would actually blow themselves up. Both men are too proud of their western civilization and its great achievements to want to blow it up.

Return of silver to plates and the shift of chairs forward and back provided the only sound of life for a good number of seconds. And I think Mr Friendly in his warm open voice growled something about that being a swell thought to go to bed on, although it turned out none would let the matter lie there.

‘But what did you think of the US at that time? Did you think the President had done right declaring the quarantine?’ urged my distinguished host who, I came to know, was Mr Wiggins, the editorial page boss.

‘Remember, those missiles in Cuba meant the Reds were within a striking reach of Washington, New York, and even Chicago and San Francisco,’ another, the man to my right, added.

‘But you forget you have bases encircling Russia all the way from Iceland to Okinawa’, I ventured to point out.

‘Nonsense, those have been here all along.’ Someone snorted across the table.

‘Cuba was just one against scores’ I insisted.

‘That one base, as you put it, completely upset the balance of power against the free world.’

‘Hence it was worth taking the risk of war involving all the world’?

‘That’s a good question, ‘Mr Wiggins laughed, taking the steam off the air which by now was quite missile-charged.

I think Phil Graham asked the President just that one question, didn’t he Alf?

Yes, but will anyone ever know the true answer?

Alf Friendly gave a half laugh. And to that note of self- questioning the party broke up. Some weeks after, I wrote what you may call an epilogue to that Washington Post drama, and its theme was that terrible shadow-boxing game both the United States and the Soviet Union engaged everybody in over the close ring of Cuba, it goes like this:

With my hammer head

I’ll smash up the earth,

Deep in her pillow

Excerpted From America, Their America, by JP Clark, originally published by Heinemann Publishers in 1964. Republished by Bookcraft in 2016, the book is currently on sale everywhere in Nigeria. 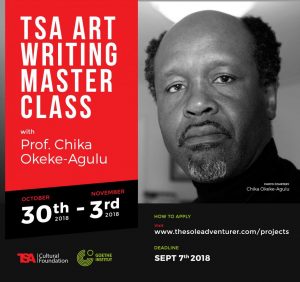 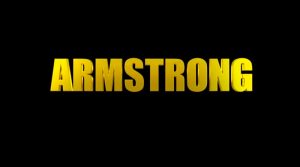