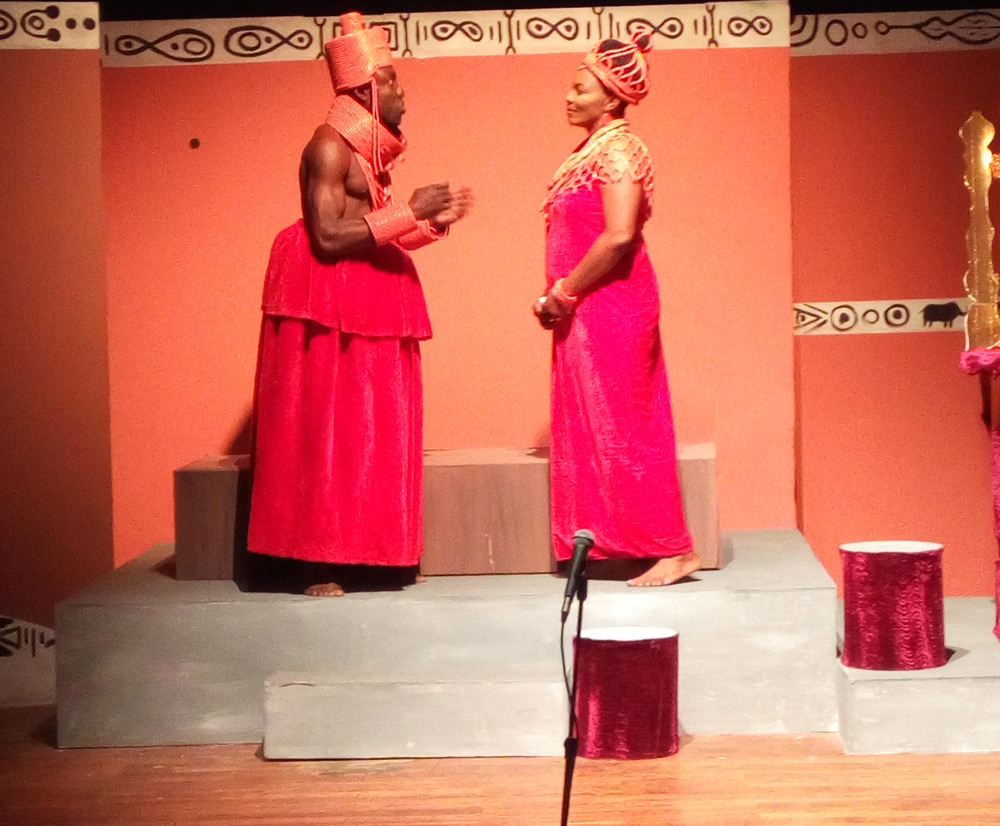 An angry mob of villagers charges to the palace of King Ido, the Oba of Ozolua, holding a middle aged lady they accuse of prostitution.

They want her dead by hanging.

“Esewi here bears the strings of lust”, laments one woman, “and every lusting eye she satisfies”.

There are challenges of elocution by some of the neophyte thespians and you could argue with the depth of the message, but this production…..

The King is unimpressed.

“Who is evil?” he asks the mob. “The one who welcomes you to her home, or the man who abandons his home?”

His orders to keep the whore in the palace turns out to be the least intriguing of the monarch’s many decisions in the aftermath. King Ido turns the slut into his Queen, against everyone’s objections, including his chiefs’.

Esewi doesn’t deny her nymphomaniac tendencies.  And she wonders severally why the King is so much in love when he should readily discard her. Her royal majesty is caught pants down sleeping with farmers, labourers; anyone who can venture. Her unshockable husband personally travels to the neighbouring village of Uzebu, a sworn enemy territory, to rescue the wayward Esewi, when he hears she had shared King Ediae’s bed.

He allows his own prince to be committed into slavery to release The Queen.

Ozolua eventually goes to war with Uzebu on account of the Queen’s adultery.

And the King, having won the war, dies from a sniper’s bullet.

No, the play is not finished.

For stretching the bounds of belief, Dickson Ekhaguere’s Unstable, performed for just one day at the Muson Centre recently, wins some plaudits as a work of art.

The text attempts to be poetic, which works in some places and is awkward in others, but the content is quite detailed.
It so happened, in the end, that the story was all a dream. What a twist?

The thing about having a thoroughly professional cast and cast and crew is that you struggle to find blemishes.

Yes, there are challenges of elocution by some of the also -rans and you could argue with the depth of the message, but  this production, almost solely sponsored by Duvaj   Avanja, a Chemical Engineer with love for the arts, is inspired.