Nijmegen was free, but the war was not over. The British took over from the Americans, and then the Canadians came. And, oh my birth mother liked the Canadians.

Finally on May 4, 1945, the Germans surrendered in Holland, and my birth mother’s country was free at last.

That evening, for the first time in five years, the streetlights were lit. She rushed into the streets with her three sisters and they danced the Hokey Pokey together.

But coming of age during the war had left her disenchanted with the world. So many houses had been destroyed in Nijmegen that people were living in sheds or chicken coops, and yet she watched as churches were rebuilt before homes. The world was broken.

She worked at jobs in England and Norway before trading postwar rubble for a view of the Canadian Rocky Mountains. Calgary was a small city where she felt at ease among the almost overly polite Canadians. She found her way to a Baha’igathering, in search of an answer to the pain caused by the war. That’s where she laid her eyes on a man she couldn’t ignore. He was tall and handsome and wore robes made from Kente cloth, a heavy fabric printed with printed with geometric patterns in earth and rust tones. She was transfixed when he spoke to the group about Ghana. 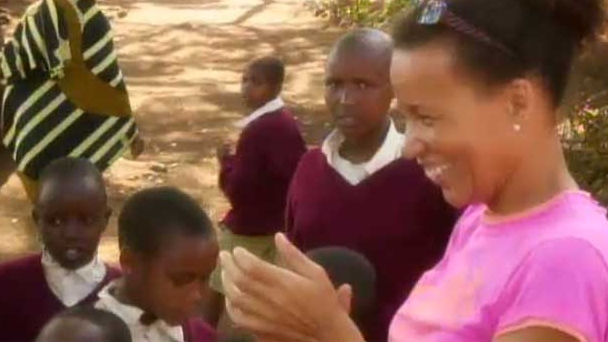 If the centuries of complex relations between their ancestors bothered them, it wasn’t enough to stop them from getting to know each other. They talked easily, joking about how apologetic Canadians were and other quirks of their adopted home-of-the-moment. I doubt that they intended to symbolically bridge an uncomfortable history by spending time together. They took long walks that became a comforting habit over the course of four months. Then, he told her he was moving away for school.

How their last date began, I’m not sure. I do know that it led them to a hotel on busy Macleod Trail where the desk clerk eyed the white woman and the black man suspiciously. 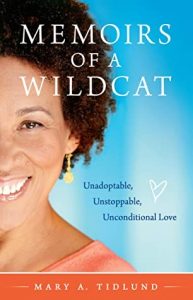 Excerpted from Memoirs of a Wildcat, by Mary A.Tidlund, published in 2020 by www.marytidlund.com