Christmas of 2003 finally arrived, bittersweet. Emmanuel had done well at his job and secured himself a good future in the firm. But as he walked alone along Broadway Avenue, hearing the sounds of laughter spill out of restaurants and bars, he missed his parents’ company and longed for Rebecca. As he walked home to an empty apartment, he thought of Umuati and his father’s words.

“Damned if I do and damned if I don’t,” Emmanuel lamented as Umuati beckoned on him in his dream, to renew some kind of relationship with his father’s homeland. He opted for a limited connection by searching the internet for the place and date of the Umuati Progressive Union of America (UPUA) meetings. He remembered the Regent of Umuati, while visiting their house on Long Island, telling his father that the UPUA meetings were held in the Bronx. Emmanuel learned that the first Sunday of every third month was their meeting time. He resolved to attend the next one.

This one is for you, Dad, he thought.

The meeting was in progress when Emmanuel arrived at the Bronx Community Center. He had deliberately chosen to come late, to sneak in without being noticed.

There were two ladies manning the registration desk.

“Your name, address, phone number, and email, please,” one of them demanded.

He calmly complied, explaining that he was attending for the first time. He was ushered into the hall where he chose a seat at the back.

“You’ll be more formally welcomed during the meeting,” the lady said. 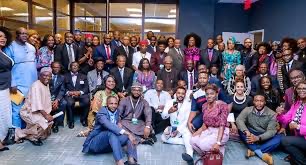 One of the five officers at a high table in the front was speaking. Emmanuel glanced across the hall and listened to the various topics being discussed. They included plans to attend a house dedication of a member, the graduation ceremonies of some others, as well as a request for contributions to a welfare scheme to help indigent students studying in the tri-state area of New York, New Jersey, and Connecticut. Dr. Odia Enenta, the president, anchored the discussions. A member raised his hand and was recognized.

He continued: “I propose an amendment to the Assistantship Fund. Instead of people paying back exactly the amount they borrowed to fund their studies, they should pay back twice the amount received since they’ll already be working when they do so.”

“I suggest that the financial assistance scheme be left as it is and people encouraged to make substantial free-will donations when they start work, to boost the total fund available.”

The president called for a vote on the two positions. The proposal to amend won.

“The welfare scheme stands amended to require a payment double the amount borrowed as a student, within ten years after the start of work.”

Emmanuel surveyed the members gathered and nodded as if giving his approval to the deliberations. He liked the support network to help students complete their education through financial assistantships and the fellowship in gathering to celebrate house openings. He noted that while most members wore suits, jeans, and shirts, few others were dressed in colourful adire and akwete materials of Umuati. The way the people spoke reminded him of his father; yet, he never felt fully connected with the gathering.

The president tapped on the microphone before he continued: “We’ll like to recognize those attending for the first time. Please give your name, your family lineage, and what you’re doing in America.” 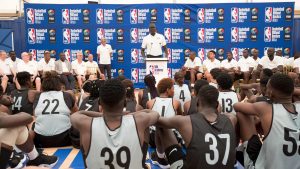 When it was Emmanuel’s turn, he said: “I’m Emmanuel and my Umuati name is Nkemefuna, the son of Uchechi and grandson of Tochi. I’m an attorney by profession and currently work with the brokerage firm of Peak Management Group in Wall Street.”

“On behalf of the Union,” the president said, “I want to formally welcome the four new members to our meetings. Our motto is: Igwebu Ike, meaning, there is strength in numbers. Your membership increases our numbers and therefore our strength. We hope you’ll contribute your quota towards making this body a formidable vehicle for the development and progress of our people.” With a light smile, he turned to Emmanuel. “Your father, Uchechi, distinguished himself in Umuati and America. Unfortunately, he was not a member of our union. So, it’s well to have you make up for his mistake.”

The meeting rounded off with the serving of food and drinks, most of which were delicacies imported from Umuati and sold at some local shops. As he reflected, Emmanuel noticed the liberal use of proverbs in virtually every discussion at the meeting. He hung around briefly during the refreshments, tasted the coconut rice with goat meat and fried ripe plantains. He chatted with a few people and received a welcome package from the president before leaving.

He left the venue not quite sure what to make of his experience. “I don’t feel connected to these people,” Emmanuel lamented. “There is something missing – a void which I don’t know how to bridge.”

Yet, somewhere in the deep recesses of his thought, there was a conviction that his ambivalence towards Umuati could not be sustained for very long. 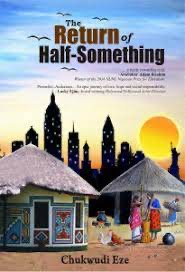 Excerpted from Chukwudi Eze’s The Return of Half-Something, one of the 11 novels shortlisted for the Nigerian Prize for Literature 2021. 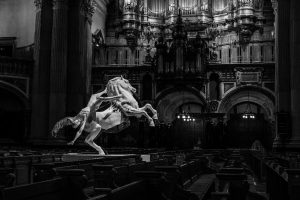 Previous post Press Release “Museum of Hope” Exhibition
Next post If We Win this Election, We Will Hammer