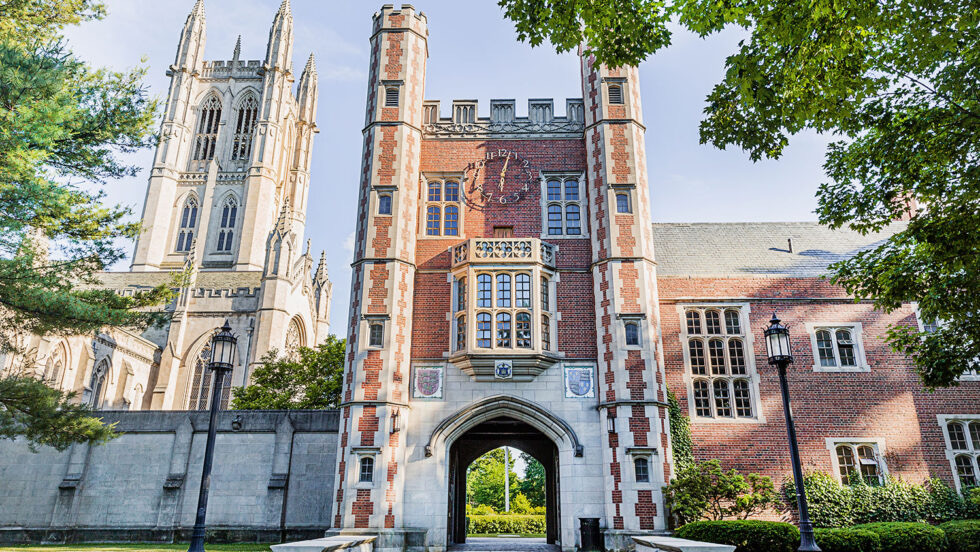 Breakfast at the Hall of Wadham College, Oxford University, UK, was a routine meeting place for many of the delegates to the maiden edition of the James Currey Literary Festival. Organized by the young and energetic Nigerian Writer and Academic, Onyeka Nwelue, the festival was to honor the contributions of James Currey, (Professor), co-founder of the famous African Writers Series.

Tucked away in a corner of the claustrophobic bowel of the College which was established in 1610, the Hall was busy that early morning as writers from all corners of the world tucked into the typical English breakfast of eggs, bacon, sausage, toast, and tea.

As we ate and chatted in a warm camaraderie that is typical of writers’ events, some of the famous alumni of the University College stared down at us from the walls of the storied, cavernous hall. Amongst the paintings were those of Wadham’s most famous alumni, including Sir Christopher Wren, one of the most highly acclaimed English architects in history who was also an anatomist, astronomer, geometer, and mathematician as well as the broadcaster, novelist, and actress, Rosamund Pike.

After a two-year hiatus brought about by the COVID-19 pandemic, it was a delight to resume my international traveling routine. As a regular visitor to London, I used to be impressed with the sight of train commuters keeping themselves busy reading newspapers, magazines, and novels.

However, rather than bury their heads in printable material, most of the commuters on the train to Paddington that early September morning were glued to their phones, IPads, tablets, and Apps of different brands and colors.

And as they tweeted, flipped switches, and browsed away, the expressions on their busy faces ranged from anger, and laughter to deep concentration. Judging from the fact that commuters of all ages were involved in the electronic exercise, it was obvious that the digital age had finally caught up with the young and old.

As I surveyed the breadth and length of the train with its ‘digital readers’, my luggage briefly felt out of place. It did not matter that I was going to a Book Festival where I would meet some famous members of the Book Industry: Writers, Publishers, Printers, and Booksellers. It did not also matter that I was going to Oxford to witness the release of the UK edition of my new book, with the endless possibilities of exposure to the international literary market, Literary prizes, and other ancillaries for my literary career.

All that mattered to me at that time was the fear of a gradual demise of the book no thanks to technology.

Another interesting observation on the train was the enormity of London’s mixed-racial population. Although, historically, London has always been composed of a mish-mash of races drawn from every corner of the globe, according to recent statistics, the city has now become one of the most ethnically diverse cities in the world. Over 300 languages are now spoken in Greater London.

Apart from the well-known teeming population of Asians, Africans, Caribbean, and other white immigrants, intermarriages among these races have gone on to produce a new generation of British citizens with ‘colors of the rainbow’.

It was therefore not surprising that above the clattering and screeching and rumbling of the Paddington bound train, a medley of different languages ranging from English, Indian, Spanish, and German to some African languages such as Yoruba, Hausa, Twi, and Igbo among others floated in the rarefied interior of the carriages as commuters spoke into the ubiquitous cellular phones.

About two hours later on arrival at the Oxford University venue of the Book festival, it was obvious that my observation on the Train that early morning about the new reading inclination of many people was very well known to the literati that attended the literary event. As the lively programme progressed, writer after writer harped very strongly on the need to embrace digital publishing in order to keep up with the new Literary order.

It was the US-based Nigerian literary activist and book critic, Ikhide Roland Ikheola who put it very succinctly.  While delivering the James Currey Lecture on the second day of the three-day event, Ikhide called on African writers to embrace digital publishing in order to be in tandem with global developments.

As he put it; ‘’On balance, the West has been supportive of African literature, but the Internet and social media house authentic African narrative, unlike the sanitized gruel from many traditional Western publishing houses. We must revive the African narrative organically.”

Later in the evening, I decided to take a walk around the University, which has consistently played a big role in the education of many African scholars, politicians, and writers, including Edward Akufo-Ado and John Kufour, former Ghanaian Presidents; Emeka Ojukwu, the former Nigerian soldier and politician; Bram Fisher, the lawyer who defended Nelson Mandela during his political trials as well as Diran Adebayo, the famous Nigerian writer, among others. It is equally important to note that Lady Kofoworola Ademola from Nigeria was the first black woman to graduate from Oxford.

My sightseeing commenced at Waldahm College where I had stayed with some of the writers in the clean and modest dormitory.

As I admired the ancient buildings around the front quadrangle including the chapel and the Hall I was impressed by the medieval and symmetrically built buildings, built in the Jacobean style around 1609.

They were designed by the famed architects, William Arnold and Sir Christopher Wren.

As I roamed through the cobbled side streets of the institution, I reflected on the importance of the preservation of archival material be they of structural, literary, or visual arts background. Since it was impossible for me to visit all the 38 Colleges that make up the University, I was contented with the few Colleges I could visit.

Away from bustling London, the iconic buildings of Trinity College, Queens College, and Waldheim College among other colleges stood in majestic grandeur in the September twilight as a fitting testimony to more than 1000 years of Oxford’s diverse history and heritage.

I returned to London via the same Paddington train station to the blazing headline news of the selection of Elizabeth Truss as the new British Prime Minister.

Perhaps, what attracted more public attention was the fact that the new Prime Minister had selected a cabinet where for the first time in the country’s history, a white man did not hold any of the country’s four most important ministerial positions.

While Kwasi Kwarteng – whose parents came from Ghana in the 1960s – was Britain’s first Black finance minister, James Cleverly whose mother hails from Sierra Leone but whose father is white, was the first Black foreign minister. Suella Braverman, whose parents came to Britain from Kenya and Mauritius six decades ago, was the second ethnic minority home secretary while Kemi Badenoch of Nigerian parenthood but married to a white British was the Minister of International Trade.

Despite the fact that the upper ranks of business, the judiciary, the civil service, and the army are all still predominately white, this new development elicited different reactions from different quarters.

My British friend, Alistair who is now a retired CEO of a Nigerian-based multinational organization was not happy with the development. Alistair who had invited me to lunch at the Old Bank of England on Fleet street, one rainy afternoon was piqued that the four most powerful positions in the cabinet of the new British Prime Minister, had gone to people of colour.

He also complained that many nefarious behaviors ranging from knife stabbing incidents to election malpractices which were hitherto unknown to British culture have now become commonplace. ‘’I am not a racist’’ Alistair contended, ‘’however, I believe that the owners of a country should be in control of their country and not foreigners’’ he added.

Allistair’s views or not, many members of the Asian and African communities are happy with the rising profile of their kith and kin in the UK. Malik, the elderly Pakistani cab driver who took me out on one occasion when the rain from the unpredictable English weather had prevented me from taking the bus was ecstatic with joy. Showing me the photograph of his first son, he said; ‘’he had a first-class degree in Economics from the University of Kent and is currently at Oxford University for his masters. Maybe, one day, he may become the British Prime Minister’’ he chuckled.

As I went around the magnificent edifice which is said to have cost a whopping sum of 1Billion Pounds to build, I was informed that apart from football matches, the facility is also used for Concerts, Conferences, and Events.

After several days of eating ‘Oyinbo’ food, I hungered seriously for some African/Nigerian food. I, therefore, went in search of a Nigerian restaurant.

I found one in Barking, East London. I was surprised at the array of Nigerian food on the menu, especially the different types of soups. I was just cleaning up my plate of ‘Amala’ and ‘Ewedu’ laced with an array of assorted beef when the Television set tucked into a corner of the restaurant announced the passing away of 96- year -old Queen Elizabeth.

Coming just a few days after the emergence of a new Prime Minister, the death of the Queen and the subsequent crowning of a new King was definitely a momentous time in the history of the UK.

Even though she lived to a very old age, the UK and many parts of the Commonwealth went into mourning at the news of her death. While the front page of the London Daily Express read; OUR BELOVED QUEEN IS DEAD, the Daily Mail in its ‘historic special edition’ ran a tear-jerking headline; OUR HEARTS ARE BROKEN.

Although a double rainbow was said to had appeared over Buckingham Palace moments after the announcement of the Queen’s demise, I missed what the Daily Mail had described as ‘a glorious splash of color in the grey afternoon sky’ due to my gastronomic assignment in the Nigerian restaurant.

And so it was that I took off to Buckingham Palace the following morning to join other mourners to pay my respect to the late Queen Elizabeth 11.

Even though the announcement of the passing of the British great grandmother was less than 24 hours old, I met hundreds of mourners who had defied the heavy early morning rain to pay their respects to the woman whom many had described as UK’s ‘guiding light in the darkest of nights’.

Many brought bouquets, which they laid at the black iron gates of the iconic building where a notice announcing the death of the only monarch most Britons have ever known was attached.

Back to my base later in the day, my daughter asked me to help look after my two grandchildren while she quickly kept an appointment somewhere in town. It’s no secret that grandparents love to dote on their grandchildren, so when presented with my first opportunity to babysit, I was happy to oblige. Little did I know what I was up to. Hardly had their mother left the house than the hitherto quiet and mild looking toddlers took off in different directions in the house.

While the 4- year old boy ran up a double bunk bed from where he wanted to jump in a ’super man’ style, his 3-year old sister ran into another bedroom, brought out the drawers from her mother’s dressing table and scattered all the contents on the floor.

Grandpa was left with running from one room to the other trying to maintain order and safety while the toddlers shrieked about the house with delight. Within minutes, I was exhausted.

As I wearily sat down to catch my breath, my 4- year old grandson came over and gave me a big hug. ‘’I love you, Grandpa. You are my best friend’’ , his young face radiant with a wide smile, as bright as the London afternoon sun that floated through the lacy curtains into the house. 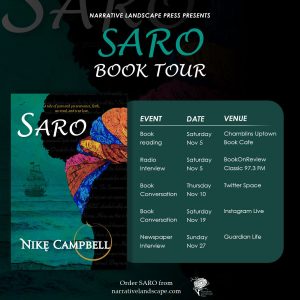