Read More
PrevPreviousOkoye Beats the Frying Pan into Glittering Jewelry
NextSade Adu To Be Absent, Green Is In Town,
Jogbo Women on Stage.Next

Moremi–The Musical, the new stage interpretation of the Olurombi tragedy, is a large exhibition of art.

Each of the scenes in this drama, produced for the end of year holiday period by Bolanle Austen Peters Productions (BAP), is painted, in vivid colours, with animated sound effects, to present the time of day, the pace of activity on stage and the atmosphere. One recurring visual was the window of a house, whenever a residential scene came up on stage; which was meant to depict a view of the townscape; even Abiodun Olaku, the country’s top landscape painter, would be envious of the detailed outline of the blue sky against the rusty rooftop settlement.

The multimedia set design and light projection builds on the phantasmagoric tradition put up in Fela and his Kalakuta Queens, BAP’s 2017 end of year outing. But the colours of this recent, two hour long show, wrap beyond the light, sound and décor. The costumes, especially on the key characters, are a fashion parade. Every time the Ooni Obawinrin, king of the ravaged town of Ile Ife, comes to inspect the carnage inflicted by the enemy warriors from Ugbo, he is dressed in smart, royal regalia, and his entourage comes across as a carnival. With Bimbo Manuel playing this royal character, the posh dressing is all so fitting. 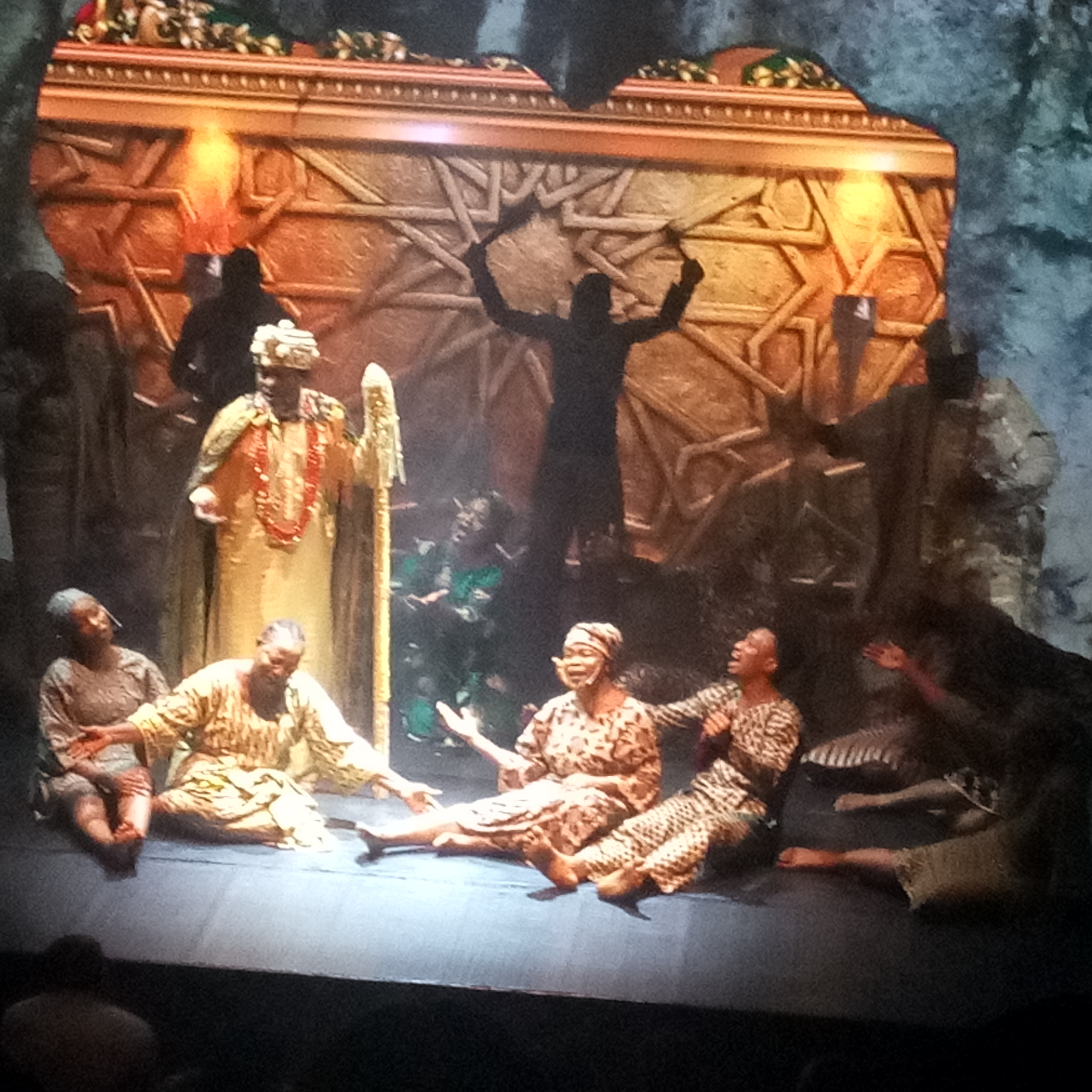 The Moremi story is well known and, as this play is sponsored by the Royal Palace at Ile Ife, the House of Oduduwa, no one expects a stray from the standard version; how an ultra-patriotic heroine finds herself inside enemy territory, becomes the lover of the Olu-Igbo, discovers the secrets of the recurring victories over her people, returns home to divulge them and help her country crush the invaders. For all that effort, Moremi still had to sacrifice her only son, Ela Oluorogbo, to Esinmirin, the river goddess. For what seemed like eternity, Kehinde Bankole, playing Moremi, turns this scene, where the mother parts with her only son, to a searing tearjerker. That this writer found himself struggling to hold back the drops, is testimony to durable acting. 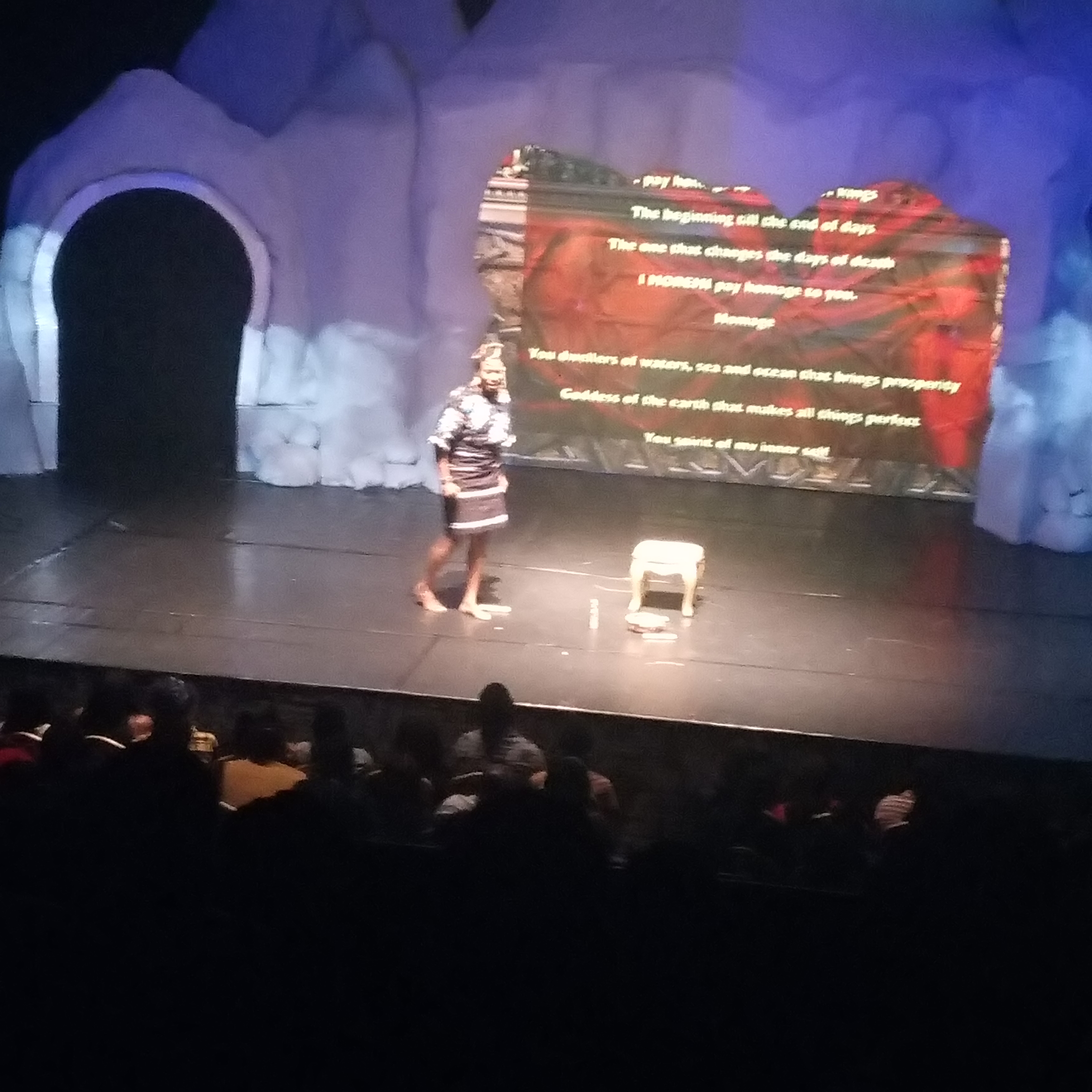 This play is not short of highlights like this.

But for an oft told story, there are no innovative games. And if you’ve followed BAP’s productions closely, what you expect is more lavish entertainment than experimental plot making. The idea is “this is a safe place to have fun”. 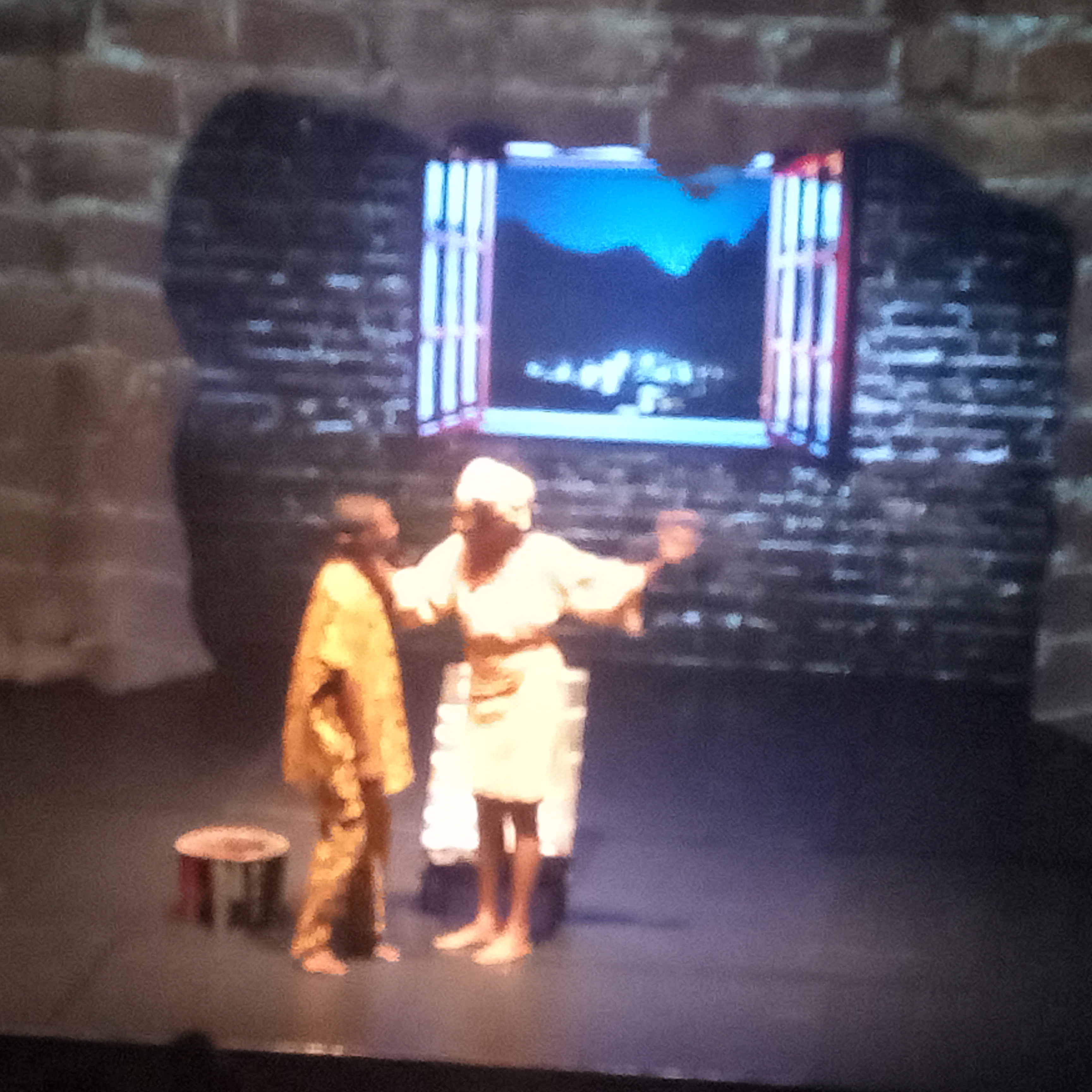 The lighting, which is a significant effort all by itself, could be better deployed in the service of drama. As often as has happened in BAP productions, there were loads of dead air; blackouts which could have been avoided if the back end work had focused on seamless movement from one segment to the other. There were climactic events which came across as trite because the lighting could not separate and highlight them for what they were. But then, who cares? The Nigerian theatre goer? Moremi is a flambouyant production which the audience loved and lapped up.