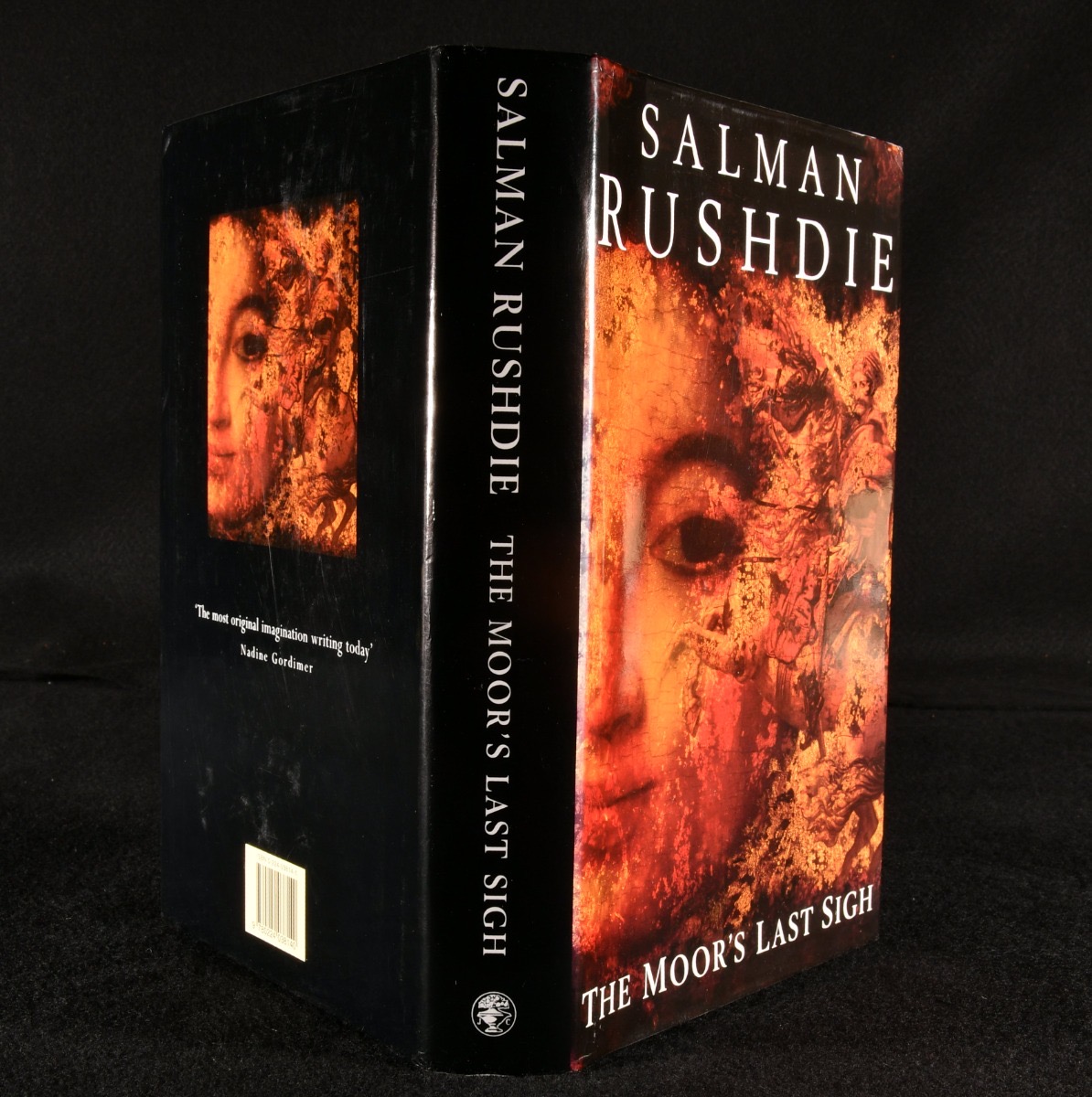 In February 1946, when Bombay, that super-epic motion picture of a city, was transformed overnight into a motionless tableau by the great naval and landlubber strikes, when ships did not sail, steel was not milled, textile looms neither warped nor woofed, and in the movie studios there was neither turnover nor cut — the twenty-one-year-old Aurora began to zoom around the paralysed town in her famous curtained Buick, directing her driver Hanuman to the heart of the action, or, rather, of all that grand inaction, being set down outside factory gates and dockyards, venturing alone into the slum-city of Dharavi, the rum-dens of – Dhobi Talao and the neon fleshpots of Falkland Road, armed only with a folding wooden stool and a sketchbook. Opening them both up, she set about capturing history in charcoal. ‘Ignore-o me,’ she commanded the open-mouthed strikers whom she sketched at high speed as they picketed, whored and drank. ‘I-tho am here Just-like-that; like a lizard on the wall; or call me a doodling bug.’

“Your mother, my boy. Crazy as a monkey in a monkey-puzzle tree. God only knows what she thought. Even in Bombay it is no small thing for unaccompanied ladies to sit in the public thoroughfare and stare men in the face, to go into bad-area gambling dens and get out a portrait pad. And a doodle-bug, remember, was a bomb.’ 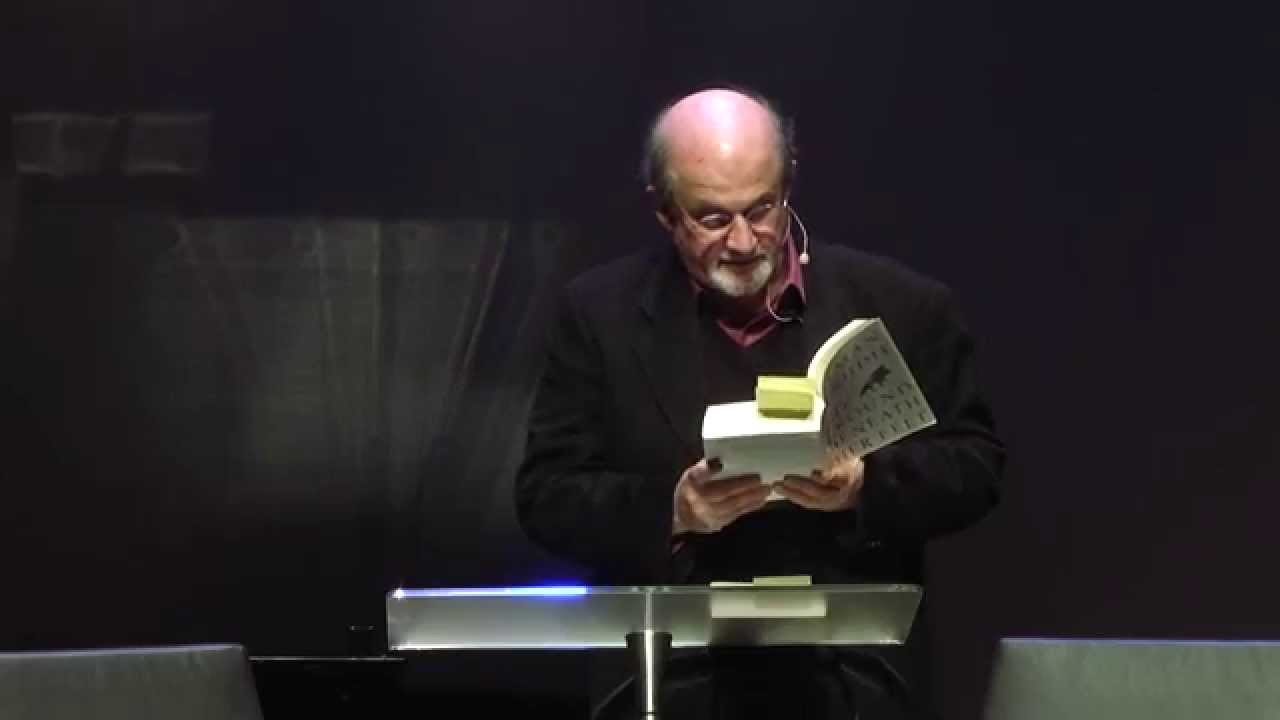 It was no small thing. Burly gold tooth stevedores accused her of trying to steal their souls by literally drawing them out of their bodies, and striking men of steel suspected that in another, secret, an identity she might be a police spy. The sheer strangeness of the activity of art made her a questionable figure; as it does everywhere; as it always has and perhaps always will. All this and more she overcame: the jostlings, the sexual menace, the physical threats were all stared down by that level, unyielding gaze. My mother always possessed the occult power of making herself invisible in the pursuit of her work. With her long white hair twisted up into a bun, dressed in a cheap floral-print dress from Crawford Market, she quietly and indomitably returned day after day to her chosen scenes, and in slow steps the magic worked, people stopped noticing her; they forgot that she was a great lady descending from a car that was as big as a house and even had curtains over its windows, and allowed the truth of their lives to return to their faces, and that was why the charcoal in her flying fingers was able to capture so much of it, the face-slapping quarrels of naked children at a tenement standpipe, the grizzled despair of idling workers smoking beedis on the doorsteps of locked-up pharmacies, the silent factories, the sense that the blood in men’s eyes was just about to burst through and flood the streets, the toughness of women with saris pulled over their heads, squatting by tiny primus stoves in pavement-dwellers’ jopadpatti shacks as they tried to conjure meals from empty air, the panic in the eyes of lathi-charging policemen who feared that one day soon, when freedom came, they would be seen as oppression’s enforcers, the elated tension of the striking sailors at the gates to the  naval yards, the guilty-kiddie pride on their faces as they munched channa at Apollo Bunder and stared out at the immobilized ships — flying red flags in praise of revolution as they lay at anchor in the Harbour, the shipwrecked arrogance of the English officers from whom power was ebbing like the waves, leaving them beached, ‘with no more than the strut and posture of their old invincibility, the rags of their imperial robes; and beneath all this was her own sense of the inadequacy of the world, of its failure to live up to her expectations, so that her own disappointment with reality, her anger at its wrongness, mirrored her subjects’, and made her sketches not merely reportorial, but personal, with a violent, breakneck passion of line that had the force of a physical assault.

Excerpted from The Moor’s Last Sigh, a novel by Salman Rushdie, first published in Great Britain by Jonathan Cape, 1995. 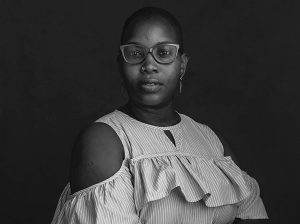 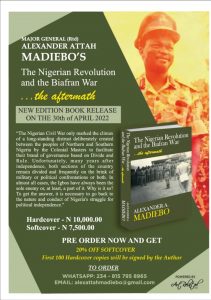 Next post Madiebo’s Book is Updated, Will be Re-Released on His 90th Birthday