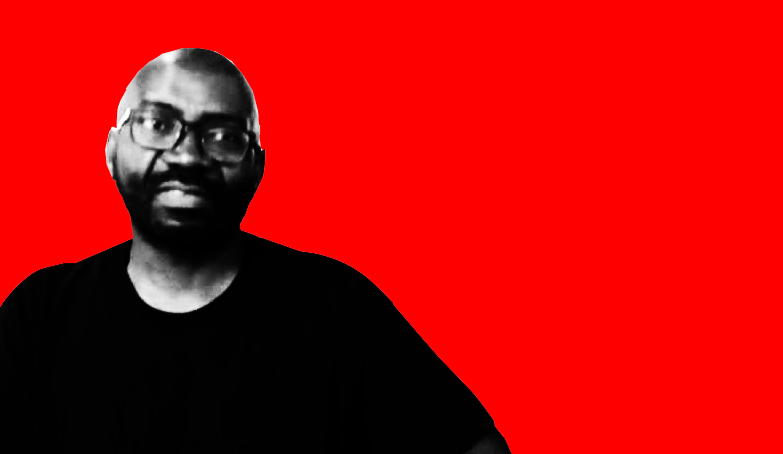 Sylvester Onwordi was in Nigeria early in June 2018.

It was his second trip to the country in the year.

“I have come back four times since my mother’s death in January 2017- and will be here again at the end of July”, he tells me, over drinks at Rhapsody’s, a smart bar and lounge in the Ikeja Mall, the largest shopping centre in Lagos city.  “I think I have been drawn here inexorably by the realisation that Nigeria was my mother’s real home, not London”.

Onwordi’s mother was the accomplished writer Buchi Emecheta (OBE), the Nigerian-born British novelist, based in the UK from 1962, who also wrote plays and autobiography, as well as work for children.

I had been worried silly about the convenience of our planned conversation the moment I stepped into the mall on that Sunday afternoon, finding myself smack in the middle of the Ramadan holiday festivities. Wasn’t it clearly a wrong place and time to have an interview-with bodies pressing bodies every inch of the premises?

Ogwugwu Afor was established by my mother back in 1986 after her return from Calabar where she worked for a year as professor at the University there, under Dr Ernest Emenyonu.   Myself and my  brother helped out by distributing books, attending, book fairs and marketing the company. But it was definitely my mother’s brainchild.

Rhapsody’s turned out to be a good choice because of the prices on the menu; most of the people in the mall would only saunter past it. We had a corner table, meant for five people, all to ourselves.

I first met Onwordi through one of his own writings: Remembering my mother Buchi Emecheta, 1944-2017, a 1,200 word tribute, published in the New Statesman of London, the magazine which, through a series of regular columns, launched Buchi Emecheta’s career.

The article was a startlingly honest account of Buchi’s life, as seen through the eyes of her second child. “My deepest sorrow was that Buchi did not understand how much she was loved and appreciated by her readership, not only in continental Africa but all over the world”, he wrote. “I also felt that always living a provisional life, based to some extent on survival, she did not really get to enjoy the full fruits of her success”.

A few months after that piece was published, and Buchi buried, the novelist Ike Oguine collaborated with CORA, the culture advocacy group, to organise an afternoon of tributes to Buchi Emecheta in Lagos. (The entire proceedings: airfares, feeding/drinks at the tributes, and accommodation for the travelling guest writers, were funded by Oguine).

The novelists Sefi Atta and Chika Unigwe flew in from the United States. Onwordi came in from the UK. The three joined Molara Wood, the short story writer and literary critic, at the TerraKulture, to lead the reminiscences.

It was there in the midst of a flood of emotions from people who had either read some of his mother’s novels or met her personally or both, that Onwordi started thinking of structures for the campaign: Bring Buchi Back.

“She’s been away for a long time: she needs to come back”, he says.

It wasn’t difficult reclaiming the rights to the 12 novels from their original publishers. “They weren’t doing much with the books anymore anyway”.

Omenala Press, the vehicle with which Onwordi is bringing back the titles, has its name derived from the idea of ‘Culture’ in Ibusa language. “Omenala literally means “The Way of The Earth”.

This brand new publisher needed to rebrand the Emecheta titles. At the centre of that need was a new set of book covers.  “I looked around: people mentioned Victor Ehikhamenor. I spoke with him; very personable, very easy going”.

Omenala Press re-launched six of the titles at the Nigeria International Book Fair last May. ”We have to stagger it: we couldn’t do it all at once”, Onwordi explains. Double Yoke, Rape of Shavi, The Bride Price, The Slave Girl, Head Above Water and In The Ditch are out. “By September, there would be four more”. Those include Destination Biafra, Kehinde, The New Tribe and Gwendolen.

Emecheta’s Joys of Motherhood had been compulsory reading in Nigeria’s secondary schools. Which means they have been very much pirated.

“I have seen some of the pirated works and we are working on producing cheaper editions to counter the piracy”, he explains. Onwordi warns me however: “Please don’t print anything to encourage the pirates.  They will also be reading what you write”.

At the moment, the book printing is done in Europe, in the UK and Onwordi himself brings the copies in hundreds to Nigeria to sell.

“200 of the books I brought this time are gone”. He admits it’s not sustainable bringing the books in such small number but “we are just establishing the company, brick by brick. By September/October, we’d have started producing the economic edition of the books, which would be far cheaper than the ₦4,000 that the available edition costs. The economic edition will be no more than ₦2000 (possibly less but I cannot confirm that at this stage)”.

“Ogwugwu Afor was established by my mother back in 1986 after her return from Calabar where she worked for a year as professor at the University there, under Dr Ernest Emenyonu.   Myself and my brother helped out by distributing books, attending, book fairs and marketing the company. But it was definitely my mother’s brainchild.  I have retained Ogwugwu Afor Books as the name of the imprint within Omenala Press which will publish all her books.

I ask Onwordi about his siblings. In In the photograph published to illustrate his New Statesman article, there are five of them. So, how come we don’t see others but him?

“The girl in the picture is my elder sister – Chiedu.  She died unfortunately many years ago. My mother referred to this in her autobiography – Head Above Water, which was dedicated to her.

“I am the second child (‘Vicky’ – in Second Class Citizen) but the first son.  My other siblings have preferred to remain in the background and have not shared my desire to actively promote Buchi’s legacy.  They are pleased that I am doing the work, but are okay to let me continue while they live their normal lives in private.  Even at the time of my mother’s death, their attitude was to keep the grief within the family.  My feeling is and always has been that while Buchi was our mother with whom we had a personal and unique relationship, she was also a public figure. I felt that this side of her life also needed to be acknowledged and honoured.  Similar tensions exist I hear in the families of other well known African writers.  The families of Flora Nwapa and even Achebe come to mind. It is a challenge to manage the delicate demands of the public and the private dimension of a person’s life”, Onwordi explains.

“Buchi was a Lagos girl and spent her formative years here.   I too was born here, at the maternity hospital on Lagos Island – or more accurately, according to my mother, on the steps as she was climbing out of the taxi.

Onwordi is a medical Anthropologist and Psychotherapist by training.  “I actually worked in Lagos for two years at Yaba Psychiatric Hospital as a clinician and researcher.   I began my career as a journalist however and in the late 80s and early 90s worked at the London offices of Concord and West Africa magazines”. 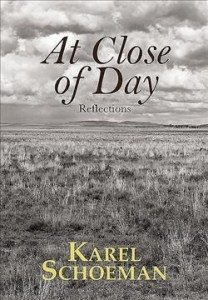 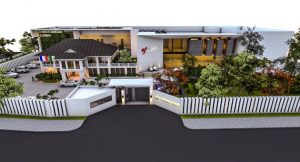 Next post The Return of The French Cultural Centre

4 thoughts on “The Plot to “Bring Back Buchi” Emecheta”