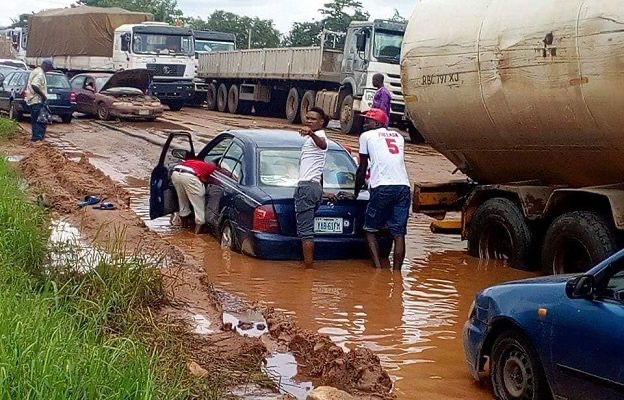 Nwakaku had been excited when Emenike, the gardener, told him that they would travel with traders who bought garri from their village and its environs to sell in Abuja. That way, they would pay only twenty percent of what they would if they were to travel in a bus.

It had been fun in the beginning to watch, from the towering height, drivers of smaller vehicles struggle to put as much distance as they could between their vehicles and the trailer. On several occasions, while trying to overtake other long vehicles, their own vehicle had forced cars coming in the opposite direction to go completely off the road to avoid a head-on collision with the truck. The driver of the truck would laugh and Nwakaku wondered what kind of a man would find something like that funny.

He did not know for how long he slept. When he woke up, he was drenched in his own sweat. The hot sun was merciless. He wondered what had possessed him to agree with Emenike’s suggestion that they take the truck rather than the bus he had wanted.

After what seemed like an eternity, the truck pulled up in front of a cluster of shops. When he asked why they had stopped, Emenike told him they were in Lokoja and it was time to eat. Wearily, he climbed down from his position. Once he stood on the ground, he nearly fell. He felt pain like multiple needle pricks in his legs and feet. He bent down and used both hands to rub his legs vigorously, then, gingerly, tried to walk.

“Her head had been split open... she had used her body to shield her child and even in death her grasp on her infant seemed strong”

He was not really hungry. His mother had given him a sizeable piece of roasted yam soaked in palm oil and ukpaka, wrapped in banana leaves to eat on the way. He also had a bottle of water with him. This, he had eaten once the truck had taken off.

When Emenike asked him to eat, he said he was not hungry. So, Emenike offered to buy him kilishi. He followed him to the makeshift stands that petty traders used by the fence.

He saw different kinds of dry fish on display. He could have sworn he saw a snake. He had heard stories of traders who in a bid to maximize profit cut snakes into small pieces, smoked, and passed them off as dry fish. The person who told him that, swore that no one who ate dry fish could be so sure he had not eaten snakes before.

He heaved a sigh of relief when Emenike showed him the kilishi at last. There was no way that could be a snake, he reassured himself feeling his mouth water as the sweet aroma of the meat assailed his nostrils. Emenike told him that it was sun-dried beef and bought a sizeable quantity for him.

“That is what you get for riding at the back of that thing,” Emenike grinned, pointing at the truck parked in the distance.

As Nwakaku ate with relish, he nodded, not quite agreeing that being roasted for hours in the sun was worth the treat of the sun-dried meat he was devouring.

Soon, it was time to be on their way. They climbed up the truck, took their previous positions, and left. After about three minutes, as they were to cross the bridge across River Niger, Emenike pointed to the confluence where River Niger and River Benue joined. Nwakaku peered, nodding vigorously but he could not really see where the two large rivers came together. He also held on tight to the bars by the side of the truck. Viewing such a large expanse of water from that height was making his stomach churn. Soon, they left the bridge behind them and continued their journey. Nwakaku closed his eyes and wished he could fall asleep again. Sleep always made the journey shorter. Sleep did not come, so he started asking Emenike the names of the towns they were passing and the ethnic groups that lived there.

There were at least six other vehicles involved in the crash. One of the buses involved was ripped in two and everywhere he looked, he saw dismembered corpses and body parts. He doubled over and threw up the treat he had in Lokoja. He stood there swaying like a leaf in the wind until he felt Emenike’s strong hands on his shoulders. He sat on the ground and drew his knees up and rested his head on them as his tears flowed. All around him, he could hear cries of pain and anguish and wished he had never stepped out of the comfort of his mother’s house that morning.

Amid the cries, one particularly touched his heart, a little baby wailing for the mother. He sprang to his feet and looked in the direction of that voice, then he saw them. The woman had the baby cradled in her arms. Her head had been split open. Apparently she had used her body to shield her child and even in death her grasp on her infant seemed strong. The baby’s clothing was drenched in the mother’s blood. Nwakaku ran towards them and Emenike who had not seen what he saw ran after him, thinking he had momentarily lost his mind.

Nwakaku frantically moved mangled metal from his way in order to get to them, he was oblivious of the scratches and bruises and the cut in his leg from a broken glass. The woman’s grip was still strong on the baby but he managed to get the screaming child away from its mother. Emenike who had followed wanted to take the child from him but he held on tight. His eyes were glazed from shock. There was blood, brain, and body parts everywhere. Emenike gently guided him to the roadside and made him sit on the ground once more. He still held the baby, rocking him, and making cooing sounds till he quieted. It was then that Nwakaku became aware of his surroundings again. Many passing vehicles stopped to watch the scene of the accidents but few offered taking the injured and victims to the hospital. Many rather offered to bandage wounds and offered the little assistance they could but only very few offered to take the critically injured to the hospital. When Nwakaku asked why, Emenike explained that hospitals flatly refused treating accident victims without police reports.

“I thought that only applied to gunshot wounds?” Nwakaku queried.

“Emenike pointed to the confluence where River Niger and River Benue joined. Nwakaku peered, nodding vigorously but he could not really see where the two large rivers came together.”

Emenike was amazed. The boy had spent his whole life in the village yet, he knew things one would ordinarily have thought he would not have any knowledge of. Patiently, he explained that most hospitals did not treat accident victims, whether gunshot wounds or not, for fear that should the injured die, the corpse would remain unclaimed as was the case in some instances. 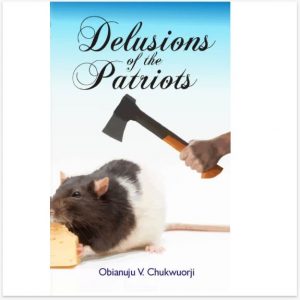 Excerpted from Obianuju V. Chukwuorji’s Delusions of the Patriots, one of the 11 novels shortlisted for the Nigerian Prize for Literature 2021.

Surprise
0 0 %
Previous post ‘Some of the looters were regulars at my pub. I feel betrayed’ 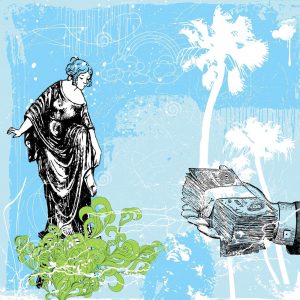 Next post Elizabeth Is A Serious Runs Girl..Be Careful