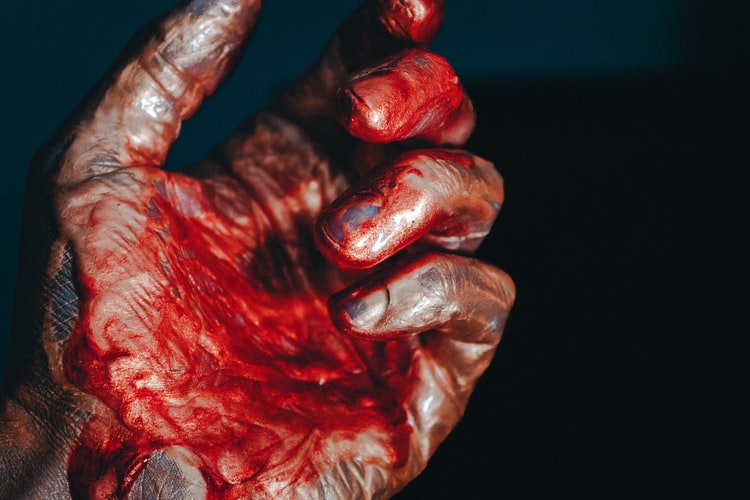 Damaging and deeply painful, the historical and contemporary reality of communal violence in Nigeria has generated not only loss and then more loss but also discussions – critical debate over terms like ‘settlers’ and ‘indigenes’, over ‘animist’, ‘atheist’, ‘Christian’ as well as ‘muslim’. Every bout of violence warrants an historical excursion to the last time there was a ‘crisis’, a ‘riot’, a ‘clash’ as well as the crisis/ riot/ clash before that last clash/ riot/ crisis.

On communal violence, there is much public commentary as well as outpourings in poetry, in song, in drama, in short stories, in novels.

And, there can never be enough. Until there is peace and security, there will be no end of response to that which destroys lives and wellbeing

The novel After They Left by Edify Yakusak is therefore a welcome contribution to the ongoing conversation. It is especially welcome, being a remarkable debut that affirms the vital human capacity to hope and dream, and the right of citizens to be protected in their lives and property.

Yakusak works with the palette of social realism and the brush of omniscient, third person narration to produce a portrait of an extended family torn apart by communal violence. The action in the novel’s ten chapters is set mainly in Plateau State, with some of it set in the Federal Capital Territory, Abuja.

The novel begins in Asan, Jos, on a sleepy, cold day for the protagonist, Mafeng, a housewife. Mafeng’s thoughts and activity revolve around her 11-year-old daughter, Kim, and her four-year-old son, Jugu. After her husband returns home from work, while he is eating a meal, a fearful noise from the street leads the couple to a heart-sinking conclusion that danger is imminent. Kim and Jugu are quickly hidden in the kitchen while Mafeng conceals herself in the bedroom.

In the living room, Mafeng’s husband recognises the leader of the seven men who invade the house as the mai suya from the market in their neighbourhood. The assailants proceed to stab and cudgel Mafeng’s husband. From her hiding place under the bed, she observes the widening pool of her husband’s blood on the floor of the living room. Unable to restrain herself, Mafeng emerges from her hiding place, and she ends up raped, and left for dead by the murderers

The children emerge from their hiding place after a long, uncomfortable period of waiting and falling asleep. Kim enters the living room first, sees her parents on the floor and has the presence of mind to do all she can to prevent her brother from viewing the ghastly sight.

Having concluded that her mother and stepfather her dead, Kim sets out with her brother, for the house of their maternal grandparents, in a nearby village. In the village, Kim cannot prevent the younger child from taking in the carnage. Their grandparents have been killed in a massacre that has consumed the entire community. Unfortunately for the children, one of the murderers is engaged in a mop up operation of arson and killing survivors. When the murderer sets their grandparents’ house on fire, the children are left with no choice but to run out into the open, and the murderer catches sight of them.

About this time, back in Asan, Mafeng has come to but she is bleeding, disoriented and fearful for what might have happened to her children. She manages to come out of the house but the strain is too much for her, and she collapses, close to the corpse of their next-door neighbour.

After They Left is developed as the story of what happens in the aftermath of rape and massacre. The separation of mother and children sets off an attempt to continually generate suspense through the formulaic alternation of a Mafeng storyline and a Kim storyline, with mother and daughter emerging as the main protagonists of the novel. Yakusak evinces a good grasp of the principles of storytelling, which is more than can be said for many new authors.

However, before moving the story forward in the fourth chapter, this novelist uses the second and third chapters to deliver Mafeng’s backstory in chunks. Kim’s backstory, having its origin in Mafeng’s, is more leisurely supplied over the rest of the novel, particularly in the fourth and seventh chapters.

All told, After They Left is an enjoyable ride, and the conflict of the separation of mother and children is steadily driven towards resolution, or the lack of it, on the question of whether mother and children are reunited, given that Kim falls into the hands of human traffickers.

The highpoint of After They Left is in the sensitive portrayal of Mafeng’s battle with her inner demons. The Mafeng storyline is largely character-driven. Twice widowed and battling to preserve her sanity, Mafeng is offered as a compelling character portrait of those who teeter on the edge of mental breakdown, in the aftermath of communal violence.

Mafeng resists being pushed over the cliff by trauma and depression, and the depiction of her internal struggle is as powerful as the external exertions described in any of the novel’s high-tension passages. Even so, the true sophistication of After They Left lies in Yakusak’s treatment of the desire for vengeance that understandably seizes victims of arson, rape and the murder of loved ones.

The largely plot-driven Kim storyline is remarkable for its clever use of the physical and human geography of Plateau State. The rugged landscape, its natural drainage, even the flora and fauna, are used not merely to provide scenic imagery but also to deliver plot twists in a high adventure that is certain to captivate the younger readers of the novel.

Kim is portrayed as resourceful and resilient, although the potential offered for character development by puberty and the loss of a parent and the remarriage of the surviving parent and the drop in the family’s economic fortunes is glimpsed only in the deep background of her adventures.

Yakusak’s love for words shines through even though After They Left is under edited. The narrative is good enough to carry the reader past the potholes and speed bumps of grammatical and typographical errors, notably an abuse of the semicolon.

The more significant obstacles are the inelegant, essayistic passages where the omniscient narrator shifts gears in order to supply background information or an explanation of character motivations but the transmission being not well lubricated, the narrative shudders and groans.