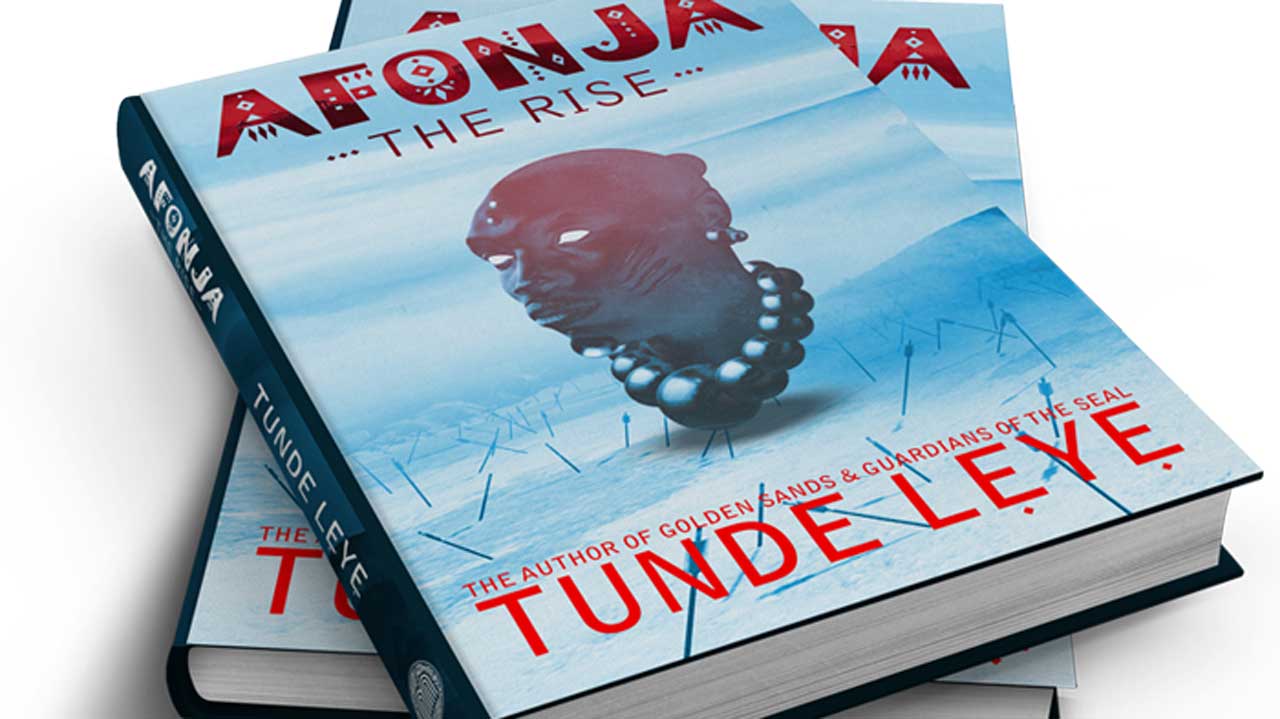 A Review of Tunde Leye’s ‘Afonja the Rise’

Our social construct, civilization, and individual identities are rooted in stories.

Stories shape our cultures and belief systems. It is within these constructs that we develop a superior cosmopolitan ideology for generations who may be fixated and question their identity. Perhaps, Tunde Leye has come upon this epiphany which has made him to write Afonja, the Rise, a historical novel.

Afonja the Rise is the story of the emergence of the Aare Ona Kankanfo, a provincial lord of Ilorin and field marshal of the old Oyo Empire, at a turbulent period in the Empire’s history in the 18th Century. At this time, the ‘Oyo Mesi’(the committee of kingmakers which was also the traditional parliament of the Oyo Empire) had successfully ousted tyrant Kings (Obas) and had become more powerful than the throne. Many Obas had been forced to abdicate the throne and to commit suicide.

“The extensive trauma of the Fulani incursion into Yorubaland and the morphing of a Fulani superior aggressive hegemony in present national discourse still haunt the Yoruba race and constantly remind the race of the errors of their forebears.’’

It was also a period in which the Oyo Empire relied heavily on the military might of the Aare Ona Kankanfo; the Field Marshal, and his generals. It was their duty to displace protest warfare and ensure more tributes from already conquered states (like Dahomey and Bariba), and guarantee the empire’s relevance in the Trans-Saharan exchange Slave Trade, as well as the Transatlantic Slave trade which had recently opened up for Slave and trade exports. The Oyo Empire was the first experience of ‘colonial’ power for many Yoruba and West African communities and this remained a point of subtle nuance in the dynamics of Yoruba history and idiolectal engagements. It was a period of visible internal cracks within the empire as the elite class began to scheme in order to remain relevant and powerful in the affairs of Yorubaland. Afonja alongside his Fulani Allies, and Nupe and Bornu slaves led a rebellion that further weakened the empire but this eventually aided Abd Salaam to be close enough to assassinate the Lord of Ilorin and establish a Caliphate in Ilorin in 1824.

The story starts with a mild crisis in Oyo Ile. Aremo Adesina, Alaafin Abiodun’s son, refuses to join the funeral procession of his late father and be buried with him as the custom demands.

In the ensuing conflict, the majority of the Oyo Mesi decides to choose a weaker Alaafin so that they may have control over the affairs of Oyo. But Aremo Adesina is eventually betrayed by his small army and his own mother, who deliberately offers him, and later herself, a poisonous herb, for the triumph of the empire. This paves the way for Prince Aole who lives in Apomu, concealed from the crisis in the centre. There was a time Bashorun Gaa decided to wipe out the Majeobaje and Aboluaje royal bloodline in which Prince Aole belongs so he had to be taken away from Oyo.  During Prince Aole’s time in Apomu, he was flogged publicly for selling a free Oyo man as a slave to pay the debt he owed in the market square. He never forgets the dishonour meted out to him, so when he assumes the throne, he marks out Apomu for destruction. Here, he goes against the wish of his benefactor. Bashorun Asamu wants him to take on conquered towns renegading against the empire’s prosperity. Alaafin Aole takes a unilateral decision because he wants to diminish the powers of the Bashorun in order not to have a repeat of Bashorun Gaa.

“While Tunde Leye decided to valourise the Oyo Empire in his novel, despite its fall, as a post-colonial response to classic tales of Greco-roman and Euroasian historical narratives of civilization, Toyin Abiodun led us closer to a tragedy of the Yoruba race.”

This eventually boomerangs when Alaafin Aole chooses Toyeje of Ogbomoso against the strategic wishes of the Oyo Mesi, who had earlier secured the military might of the Afonja of Ilorin to facilitate his ascension to the throne. This further deepens the mistrust between Afonja and the Alaafin as Afonja has to fight and win Toyeje in a battle for a title that was already promised him.  After Afonja secures his title, Alaafin Aole sends him to destroy Apomu due to personal grievances with the town. It is a difficult choice because Ile-Ife is the ancestral home of the Yorubas and therefore no kingdom wages war against it and its towns. To placate the king, Elewu-Ina, the Baale of Apomu, decides to commit suicide, he orders that his own head be placed in a calabash and made a present to the Alaafin by his son Bamgbopa.

Dissatisfied by this foil, the Alaafin sends Afonja to Iwere-Ile, an impenetrable fortress, to destroy it. He also detains the emissaries of Afonja after Bamgbopa has disgraced him in the presence of the people. Alaafin Aole’s relationship with his Kingmaker, Bashorun Asamu, deteriorates and there areclear signs of a plot to oust him. Afonja understands the Alaafin’s message of death after he refuses to attack Iwere-Ile, so he decides to bring his Army to Oyo to lay siege on his master and to attack Oyo. Alimi, his Fulani friend, has also advised Afonja to declare freedom for all Oyo Slaves and to encourage them to join his army as free men.

Meanwhile Afonja himself has pockets of challenges back in Ilorin, where Alimi, his Fulani confidant and his provincial brothers, Ladugba and Solagberu seem not to get along. Solagberu has long mistrusted Alimi for his quiet disruption of the norms of the people of Ilorin, while Ladugba is convinced that Afonja has given too much freedom to Alimi, and has always suspected Alimi’s intention to establish a Fulani Caliphate in the same manner as it had been installed northwards.

Nevertheless, Afonja continues to rely on Alimi to serve as go-between in order to provide the finest of horses for the cavalry of the Oyo Empire. Alimi gradually begins to incite hatred for his pagan masters through the instrumentality of Islam, and to buffer the nostalgia of an Islamic State amongst the slaves, yet Afonja favours him and listens to him about local issues and warfare strategies. As at the time Afonja decides to attack Oyo, his flank of his cavalry is led  Alimi in the same manner as he had done with the tactical defeat of Toyege of Ogbomoso. But this time, Toyege has become an in-law of Afonja. Agbonrin, Afonja’s brother has married Labake, the daughter of Toyege during the siege enacted on Ogbomoso by Afonja. It will take the intervention of Labeke, Woruda (an ally of Alaafin Aole and a member of the Oyo Mesi) to put an end to the total destruction of Oyo and to forestall the conspiracy of Alimi, the captain of freed slaves. Alaafin Aole commits suicide accompanied by curses when it is clear that the Oyo Mesi has formed a quorum on his displacement from the throne.

The longer story of the Oyo Empire is that it was founded by Oranmiyan, the most ambitious son of Akanbi, whose disposition for conquests led him from Ile-Ife northwards to Tapa country where he had a score to settle, until he decided to become a hegemony near the Tapas. The ancestral Oyo has moved southwards about 7 times and it would be difficult to relocate the first Oyo from its present. Nevertheless, Oyo-Ile seems a suitable reference. Ilorin on the other hand was made prominent by the suzerainty of Oyo who placed the communities under the forefathers of Afonja’s rule, to keep the border town from external onslaughts. Afonja who was a prince of Oyo in his own right managed the frontier because it served as major trade outpost with the Arabs and other northern traders.

Afonja the Rise is a contribution to a canon of historical novels as a way to archive the past and to engender interest for history. Apart from nonfiction, literary works in Nigeria that are inspired by history have been mostly explored by playwrights, some of which are Ovonramwen Nogbaisi by Ola Rotimi, Women of Owu by Femi Osofisan, Oduduwa by Jude Idada, and Trials of Afonja by Toyin Abiodun. Fictional works that draw from the wells of history with particular reference to the people and empires of the time are not as many as the work done by playwrights in Nigeria. Chimamanda Adichie’s Half of a Yellow Sun stands out as a historical novel that attempts to reclaim history in order to resolve personal and collective traumas. Her work, in many ways provides a precept for many historical fiction writers of her age because these writers also explore history with a causal reflection on our post-colonial malaise.

It is important to juxtapose Tunde Leye’s Afonja with Toyin Abiodun’s Trials of Afonja because both works of literature engaged the same subject and time frame in history. While Tunde Leye engaged the migratory patterns that eventually make-up the cosmopolitan Ilorin more than Toyin Abiodun, Toyin Abiodun engages the incursion of the Fulanis into Yorubaland, caused the treachery and internal power tussle in the declining Oyo Empire—both are interested in the trauma and casual implicatures of migration. The extensive trauma of the Fulani incursion into Yorubaland and the morphing of a Fulani superior aggressive hegemony in present national discourse still haunt the Yoruba race and constantly remind the race of the errors of their forebears.

While Tunde Leye decided to valourise the Oyo Empire in his novel, despite its fall, as a post-colonial response to classic tales of Greco-roman and Euroasian historical narratives of civilization, Toyin Abiodun led us closer to a tragedy of the Yoruba race. Tunde Leye created conversations that show diplomacy and treachery in many dimensions and it seems that the most treacherous survived the age while the blunt met his or her waterloo faster than others. On the other hand, Toyin Abiodun deployed language (ample proverbs and linguistic nuances) and robust conversations to depict the internal conflicts in the empire and to make the characters come alive.

Tunde Leye also exposed one of the factors that brought the Empire to its knees; his work dwelt more on the telling of the story to the detriment of full-bodied character development, his conversations were closer to everyday with a bit of proverbs, perhaps in order to reach a cosmopolitan audience. Tunde Leye’s Afonja also hinted a subtle deigning and maltreatment of loyal provincials; especially Ilorin and Ogbomoso, and the tyranny and enslavement meted out to other Yorubas under Oyo’s rule. But Toyin Abiodun silenced such nuances while depicting the Yorubas under Oyo hegemony as largely being in great harmony with the centre.

Tunde Leye is a great storyteller who attempts to fulfil the fundamentals of historical fiction. The author envelopes a realistic setting which adequately reflects time and space, his characters and events are referenceable. Nevertheless, the author does not create robust descriptions of the people and the places, and the work and does not have ample conversations for many of the characters, especially conversations that reflect ample proverbs—here the author makes do with authorial intrusion most of the time. Despite the some unpardonable proofreading gaffes, Tunde Leye’s Afonja the Rise thrives in the balance of power of the sexes which shows that the writer subverts that notion that a male author will perpetuate patriarchy in his novel instead of taking into cognisance the power of the ‘other’ to perpetuate herself, to subvert traditional notions and to function to stabilize or renegade against traditions.

Femi Morgan is a writer and culture curator. He is the author of FIVE collections of poems including Renegade (2019) and Whispers (2019). He is a frequent contributor to bookartville.com 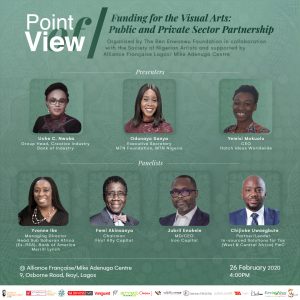 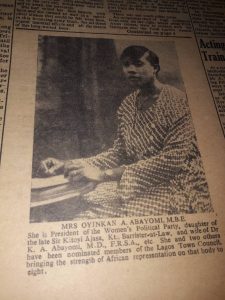