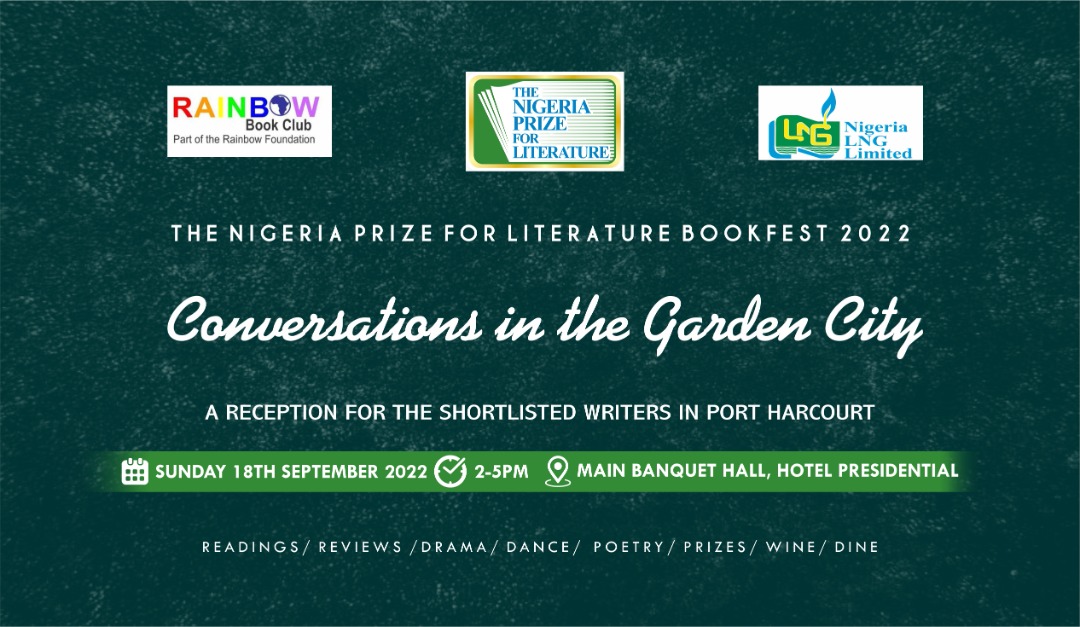 The Rainbow Book Club in conjunction with the Nigeria LNG Limited, sponsors of the Nigeria Prize for Literature will on Sunday, September 18th, hold a grand reception.  It is for the three shortlisted poets in contention for the $100, 000 Nigeria Prize for Literature, 2022. The highly anticipated occasion, strictly by invitation, will hold in Port Harcourt. It is a hybrid event with a link for virtual participation. Kick off time is 2pm prompt!

The one-day Port Harcourt Book Festival, is themed ‘Conversations in the Garden City‘. A reception for the shortlisted poets, it promises three enthralling hours. It will feature appraisal of the finalist poets and their books, readings, reviews, stage performances, and a quiz with prizes for winners on sight and online. The three poets to be hosted are Su’eddie Vershima Agema (Memory and the Call of Water); Romeo Oriogun (Nomad); and Saddiq Dzukogi (Your Crib, My Qibla).

“The choice of Port Harcourt to host the final shortlisted poets before an eventual winner is announced is strategic, given the pivotal role the Garden City plays in the Nigeria oil and gas sector”, said Koko Kalango– Founder and CEO of Rainbow Book Club. As the headquarters of the prize sponsor– the NLNG — is in Port Harcourt, Kalango explained, hosting the poets here is synonymous with bringing Africa’s biggest literary prize back to where it germinated.

The art fiesta is intended to invigorate literary passion in the Garden City.  It is also aimed at facilitating reader-writer interaction and enhancing reading culture.  This is subsequent to a similar event for the initial 11 longlisted poets, a Book Party by the Committee for Relevant Art held on August 9th, 2022 at the MUSON Centre, Onikan, Lagos.

The shortlist of three poets was announced by the judges on 26 August 2022, after that Book Party.

The Rainbow Book Club (RBC) is a non-profit organization (NGO) that encourages reading for social development. RBC, a UNESCO club, is part of the Rainbow Foundation that successfully hosted the year-long UNESCO World Book Capital 2014 project in Port Harcourt, making it the first city in sub-Saharan Africa to win the prestigious literacy campaign award.

With the 2022 edition focusing on poetry, the Nigeria Prize for Literature, sponsored by Nigeria LNG to promote and reward excellence in writing, rotates yearly amongst four literary genres of prose fiction, poetry, drama and children’s literature. This year’s winner will be announced by the judges in October.

Surprise
0 0 %
Previous post ‘The Man Died’ , Another Soyinka Book, on Queue for the Big Screen 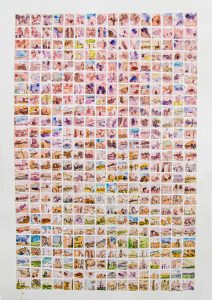