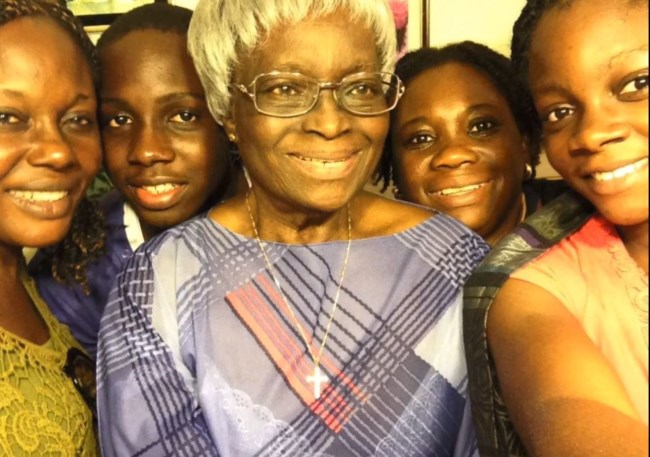 Best-known for Practical English, a popular series of English grammar textbooks for West African secondary schools, Phebean Ogundipe would serve a late, warm, and kind course of delicious accounting, long before her death at ninety-two in March 2020. A long, fulsome memoir that does justice to her skills as a teacher, author, and administrator, Up-Country Girl chronicles in great detail the life and career of this outstanding figure in the Nigerian public service.

Born Phebean Ajibola Itayemi in Esa-Oke, in present-day Osun State, in 1927, Ogundipe showed precocious talent for academic work and was singled out in Standard Six to take the competitive entrance examination to Queen’s College in Lagos. She passed with such distinction that she was admitted with full scholarship in 1941, and had an even more impressive record of achievements that led a visionary expatriate principal (Alice Whittaker) to arrange for her to take remedial classes in Latin and advanced English at King’s College so she could sit for exams to university in Britain. This saw her “in December 1945, [becoming] the first candidate to sit the HSC exam in Nigeria. There was only one centre, set up for me, and I sat as a sole candidate, with graduate staff of Queen’s College invigilating. I passed, with a good result for future candidates to emulate.”

On to St. Andrews University in Scotland where she matriculated in fall 1947 (after working briefly as a tutor at Queen’s College and the Lagos Library). In Scotland, she socialized broadly, traveling in Europe and holding a variety of holiday jobs. Upon graduation and completing a diploma in teacher education, she returned to still-colonial Nigeria to take up an appointment with the Education Office. Her first job was as an inspector of schools but after a year, she took up appointment as an English teacher with Queen’s School at Ede. This was where she met her future husband, Bayo, who taught Math and Physics. Following her marriage, she worked at a series of teaching jobs, going as far as Edo College where her husband was the Principal, until the creation of the Midwestern region saw them relocating to Ibadan, then to the Federal Civil Service in Lagos, she having decided to leave duty-posts line for family reasons.

She served in various roles in the Ministry of Education, rising to the position of Acting Director of Chief Federal Adviser on Education, next in rank to the highest professional in the ministry. She was about to apply for voluntary retirement in 1975 when the military struck on July 29, toppling General Gowon. This made her suspend the decision, “for the simple reason that if I had gone on with it, people would have assumed that I was going because I had something to hide, and therefore I was leaving before being forcibly pushed out of the Service.” Her chance came the following year, precisely on December 24, 1976. 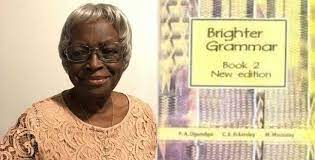 The remainder of the memoir is devoted to her various engagements in the post-retirement period, including a short-lived attempt at running a bookstore at the Tafawa Balewa Square, and more formally, a remedial private school, Top Tutors, which she co-founded with her husband. She also traveled widely and frequently, having established contacts in different parts of the world, even as far back as her college days. When she died in 2020, she was recorded as living in North Carolina.

The memoir reads, in large part, as a unique account of twentieth century Nigeria, and there is something in it of Ogundipe’s outlook, that of political optimism in the corporate viability of Nigeria. She opted to work with the education sector out of a sense of duty to the country that made her own education possible. She came across as someone whom no opportunity ever missed. Some of the jobs she held after graduation were firsts. She discharged all responsibilities with forthrightness, dedication, and exemplary transparency. At several points in the final section of the memoir she expresses faith in the continuation of this attitude, wishing for a “better Nigeria where conditions for work, and for living, will be as good as in any advanced country…”

OGUNDIPE USES Up-Country Girl  TO DOCUMENT THE WIDE-RANGING socio-cultural changes to which she was witness. In her company, the reader watches the old yielding to the new. Esa-Oke becomes a place to visit from time to time, and the bourgeois life of routine, holidays, and foreign travels come to constitute standard aspects of her social outlook. She holds very strong views about colonialism, apartheid, racism, and the role of women in society, and carries herself as a gracious interpreter of Yoruba values. 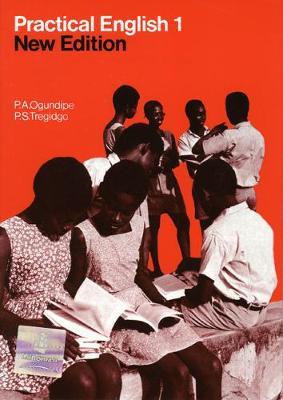 It is to the credit of this headmasterly teacher of English that she does not, for a forgetful moment, appear nostalgic about the country’s colonial legacy. Instead, she aligns with the perspective of that generation of Nigerians who went to work, confident in their abilities “since we were working for ourselves, for our own country, and for the future benefit of our children and grandchildren.”

And yet the window she throws open to the world of servants–stewards, cooks, drivers, assistants–reveals a horrifying sight of the moral complexities of those making a living on the lower frequencies.

Given her education and the trajectory of her career, Ogundipe’s role in Nigerian life was of such great eminence that she could have been more famous than she was. In her imaginings of public service, however, a lack of fame or visibility was par for the course. At any rate, in substance and style, the book is a great addition to the Nigerian library of life-writing, and scholars and literary historians looking for gender balance in this genre should take note.

The memoir reads, in large part, as a unique account of twentieth century Nigeria, and there is something in it of Ogundipe’s outlook, that of political optimism in the corporate viability of Nigeria.

Sometimes, it takes a few pages before she returns to a narrative she’s signaled in a transitional sentence, but the reasons for the seeming digression soon become obvious. For example, in setting the stage for the change that saw her, with Whittaker’s support, taking subjects that weren’t offered at Queen’s, she gives a thumbnail summary of different colonial policies in African countries. Then, she drops a hint about “streaming,” the colonial practice which held that not all students were bright enough to take Cambridge exam and streamed some to Housecraft classes. Finally, she turns the next chapter over to the stories of “benefactor teachers” that dovetails with her matriculation at St. Andrews. She also offers useful contexts for the actions in public service that may seem opaque to outsiders. In one interesting case, she recalls the principled stand of the Commissioner for Education, Wenike Briggs, when a powerful government official wanted preferential treatment for his relative. But she does not forget to recall, in even greater detail, when the same Briggs tried to use his power to get off paying for expenses beyond his allowance.

Does she tell of how she came to co-author the widely successful Practical English series with a Briton named Phillip Tregidgo? You bet, and with flair and flavour, more of which rides with glee all over the memoir’s smooth surface.

Akin Adesokan is a Nigerian writer, scholar and novelist with research interests into twentieth and twenty-first century African and African American/African Diaspora literature and cultures. He is currently the associate professor of comparative literature at Indiana University Bloomington. He exerts influence on Nigerian cultural environment through commentary, advocacy, and writing. Adesokan’s novel, Roots in The Sky, won the Association of Nigerian Author (ANA) award for prose in 1996.

Previous post The Self Portrait How often do we get to see so many portraits of Black women artists?

Next post But He Speaks So Well – Memoir of a South African identity crisis, by Ivan Johnson (Tafelberg)