Obadeyi Has Spoken in Tongues

Wale Obadeyi, aka Wally Jay, had almost completed a key artistic project when he passed on 15 months ago.

It was a work of translation, Tongues of the Forecourt: A Collection of Yoruba Proverbs and Aphorisms.

Now a committee of friends has posthumously published the book, and it will be presented and released to the public Saturday September 28, 2019 at the Freedom Park.

“This date coincides with Wally Jay’s second posthumous birthday”, says Bimbo Manuel, a top Nigerian actor and head of the committee. The late author would have turned 57.

Tongues of the Forecourt comprises a careful selection of 250 Yoruba proverbs, epigrams, saws and aphorisms that have been subdivided into five themes as edited by Leke Akinrowo.

“As one turns every page of Tongues of the Forecourt, one will always remember that there once lived Olawale Obadeyi, a vivacious and innovative poet, storyteller and dramatist who mastered his mother tongue, Yoruba, and his second language, English, with astounding profundity,” writes Gbemisola Adeoti, a Professor of the English Language studies at the Obafemi Awolowo University, in his Foreword to the book. 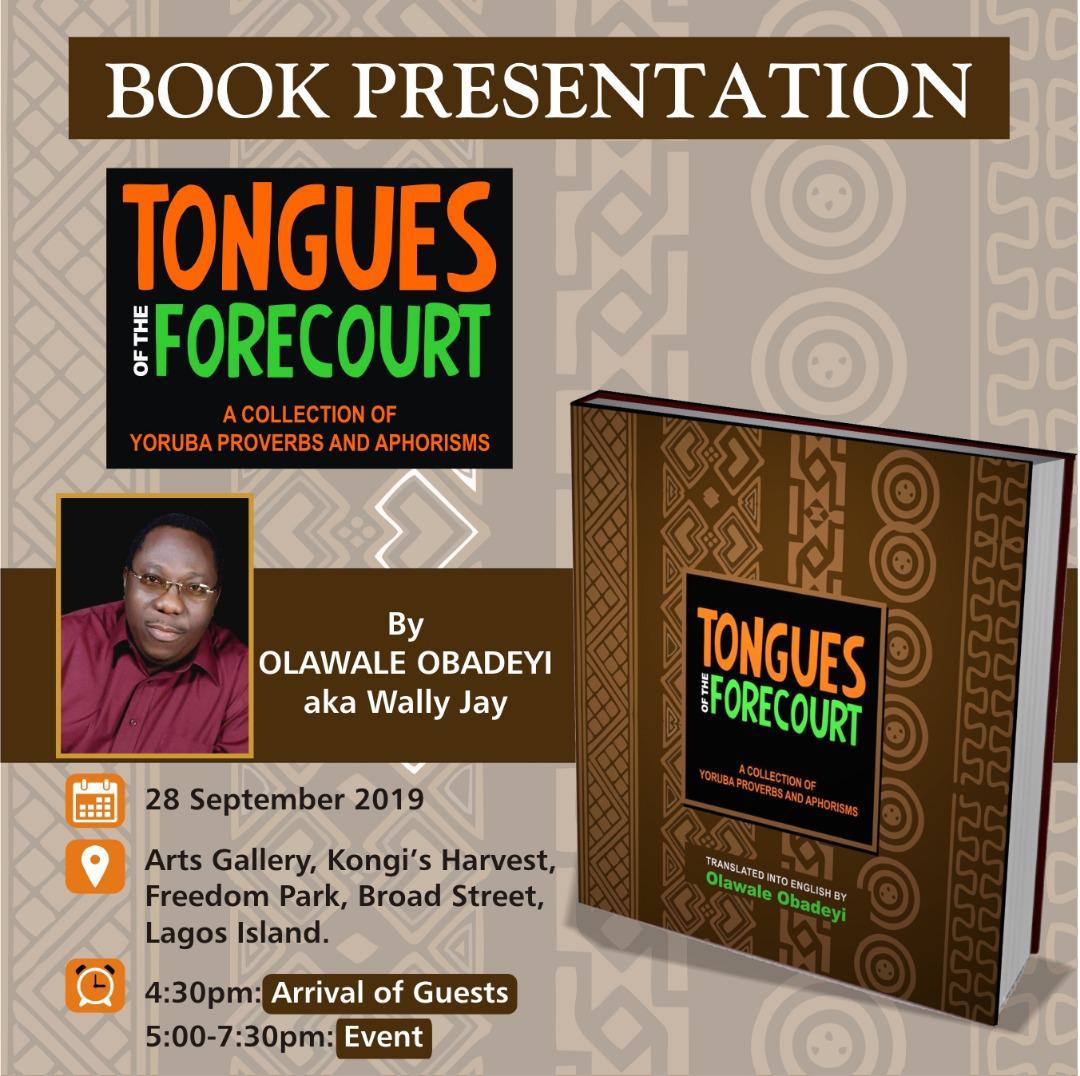 “The book will be an immense asset to scholars of African cultural studies, Yoruba folklore, oral literature and language”, Adeoti suggests. “It will also be of assistance to the practitioners of Nigerian home video film tradition in Yoruba language, especially the script writers and sub-title writers, who often find translation of Yoruba proverbs into English a kind of hard nut to crack. Contemporary writers and general readers will also find in it, a wide window into the ancient and modern world view of the Yoruba people as well as the essence of their complex existence.”

Manuel says the Special Guest of Honour at the presentation is expected to be Steve Ayorinde, former Commissioner for Information and Culture in Lagos State.