Adrift in the Neo-Colonial Post-Colony

LABAF BOOKS OF THE FESTIVAL REVIEW

It begins where it ends or it ends where it begins. Namwali Serpell’s 566-page debut novel, ‘The Old Drift’ bubbles with waves of Zambian history; past, present, and future brought to life by a panoply of characters that are so human, their existence is rife with errors. To classify it as historical, satire or science fiction would be too easy, as the novel is much deeper in its profundity.

The story starts from the “beginning” – in colonial terms – with the white explorer arriving to claim and rename what is not his and proceeding to adapt it to his “taste”. But not all things can be adapted without dire consequences. As some of the characters themselves inevitably discover, “[y]ou cannot contain the manifold fury of a people, a river, a woman!”

Recorded over a 120-year period, “The Old Drift” chronicles events that are all parts intergenerational, interracial, intercontinental, inter-species and not surprisingly internecine. Suffused with humour and swamped with lush descriptions of people, nature and events, ‘The Old Drift’ does not drone on about interconnected people and encounters, rather it retreats, roils and advances, much like the flow of the sea and you never know what it might throw up when its waves hit the shore: For the most part, it is history repeating itself in the most unexpected ways.

“Serpell’s ceaseless word-play across languages enlivens their personalities and the plot itself. She breaks down theories in science, economics and physics using easily comprehensible analogies”

Serpell’s characters are bound by many things including human error, hair, a hunger for the non-quotidian, mosquitoes and a dam. Riding this flood of error and predestination, the story goes to and fro – a cat’s cradle criss-crossing with encounters, shared names and shared histories that berths at the point from which it takes off.

One can assume that ‘The Old Drift’ is Serpell’s attempt to reclaim Zambian history from the coloniser’s brushstrokes, considering how history itself is described in the novel: “…’history’ was the word the English used for the record of every time a white man encountered something he had never seen and promptly claimed it as his own, often renaming it for good measure. History, in short, was the annals of the bully on the playground.”

In three parts and eponymously-named chapters, we follow nine major characters over the course of this novel. Like the anopheles Greek chorus at the plot’s core bookmarking each chapter, we are there from the start (technically) till the ‘end’.

Central to the action is a bundle of oddball characters trying to thrive or survive in Serpell’s microcosm. There is the overly hirsute Sibilla, swaddled in hair that both protects and entraps her; the visually-impaired Agnes, and Matha, a failed Afronaut.

Sibilla arrives in Africa with her husband, who has been offered a job to oversee the construction of the Kariba Dam over the Zambezi River. In typical colonialist fashion, this event would be more concerned about the profits of such ‘advancements’ than about the indigenes’ spiritual and cultural reasons for suggesting that the dam be based elsewhere.

Agnes, unlike Sibilla, has dreams that she will have to set aside even before ending up in an unfamiliar place. However, like Sibilla, she embarks on a new adventure with her husband, Roland, an engineer who returns home to a position at the University of Zambia.

Matha, the only one of the ‘grandmothers’ who is not coming in from out of Africa, has dreams of becoming a star Afronaut. In due course, however, her lofty dreams are reduced to an undammed river of tears and misery.

All three women beget Isabella, Lionel and Sylvia respectively, thus welcoming the novel’s second generation of characters and propelling them all towards their collectively-jaded destinies.

The first encounter among all three families in the old drift, in 1904, is borne out of violence – and will involve hair, as will the subsequent reunion of their third generation descendants, making it all the more interesting to see how these generational loose ends are braided into the novel.

While her characters are vectors of disease and unease, Serpell’s ceaseless word-play across languages enlivens their personalities and the plot itself. She breaks down theories in science, economics and physics using easily comprehensible analogies, enhancing the reader’s interaction with the text.

Her references are myriad and effective: classical, historical and fantastic, used to maximum effect.  Federico’s search for Sibilla via the long strand of hair she leaves him in the woods echoes Hansel and Gretel, but the mission, this time, is to rescue Rapunzel In a fashion hauntingly similar to the imperialist’s desperate pursuit of resources to Africa – in a bid to abuse it.

There are parallels between stories of Percy (Agnes’s grandfather) tearing off Gavuzzi’s hair, and Luna (Sibilla’s aunt) striking N’gulube (Matha’s grandfather) in the head (in 1904) and Balaji’s (Isabella’s husband) narration of the ancient Tirupati myth about Venkateswara to Sibilla and Federico, years later.

The novel captures notable instances in Zambian history: the coloniser’s arrival; the introduction of the Heinemann series; the clamour for and attaining of independence; the plane crash involving the Zambian national football team; the Aids pandemic; the #RhodesMustFall and #FeesMustFall protests; dumping of e-waste from US and China in Africa, and current Zambia-China relations. It also features a conversation between Kenneth Kaunda and Mao Zedong discussing the progressive development of nations from third to first world: China has progressed well enough to first world status,  able to ‘re-colonise’ Zambia, which is still wallowing in its own version of neo-colonial neo-liberalism. In discussing ‘The Old Drift’, it becomes rather easy to digress from the novel’s plot itself and drown in its sea of references, as one gets knotted in the mental checklist of the events it throws up as signposts of the passage of time, or threads in the intertwining destinies of its dramatis personae and that of their nation. The reader is perpetually – and enjoyably – stringing a series of events together while hoping not to lose stray strands along the way.

In the midst of the identity issues that arise once the characters start to mingle, and the feminism apparent in its strong, diverse and mostly independent female characters, the notion of a failed nation emerges. A striking motif of the state’s seeming failure to launch is manifested in Edward Nkoloso’s premature space programme built on copper dreams and literal kicks to the butt. Decades later, Matha’s grandson, Jacob would equally reflect the state of the nation via his limping first attempts to get a toy helicopter off the ground: despite independence from colonial influences, the country hardly ever takes off. Zambia has simply gone from ‘berserk’ (as Agnes initially assumes of BSAC, the acronym for British South Africa Company) deeper into a cul-de sac (the SAC: Sino-African Consortium).

In all this chaos, one character waits for the sun at high noon so that she can befriend her own shadow. The shadow, like the mzungu, an aimless wanderer – or perhaps a restless ghost – that is neither here nor there.  One thus imagines that Zambia is comfortable with embracing a shadow of itself rather than embracing the ‘glorious sunrise’ supposedly heralded by the dawn of independence.

Is a country’s colonial history therefore a burden to its growth and progress?

‘Hope’ falls on the novel’s third generation of Jacob, Joseph and Naila to redeem the errors of the past, as we follow them through the present into the future. Jacob is doing much better at aerodynamics than his grandfather; Joseph has inherited his father’s exploitative search for a cure for AIDS, while Naila has grown from kleptomaniac to activist.

All three grapple with personal issues, power cuts and state surveillance while trying to set their country back on the right track. Once more however, we see echoes of the colonialists’ folly and wonder if these three can reverse what was set in motion when their ancestors first met 120 years earlier, or if their nation is bound to the clutches of history and will self-destruct (or cease to procreate) due to the consequences of past incidents.

Here, Error and Chance become determinant factors in the ebb and flow of human existence. One might be tempted to assume that whatever your premonitions or predispositions and however much you try to learn from and avoid past mistakes, repeating them might be inevitable.

Thus ‘The Old Drift’ becomes more than just a destination in the novel, but a conclusion on the matter: the more things change, the more they stay the same. All motion, no movement; history bound to repeat itself: the same old drift. 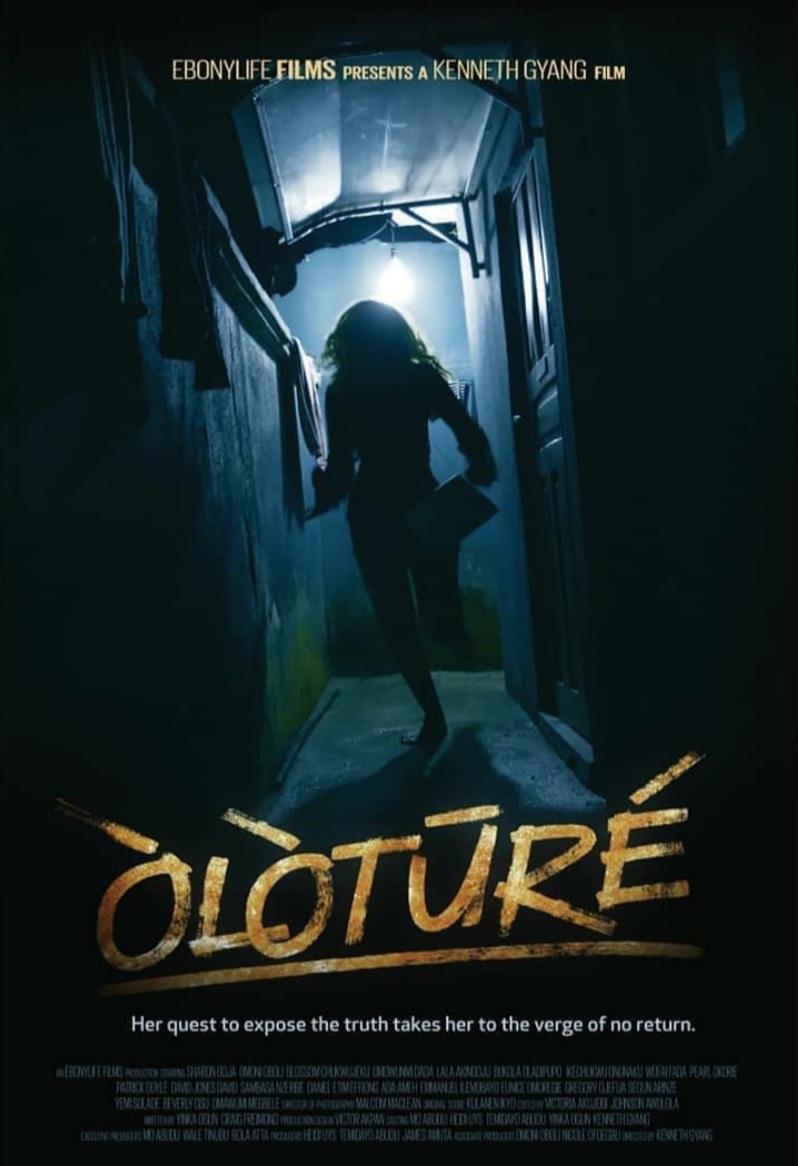