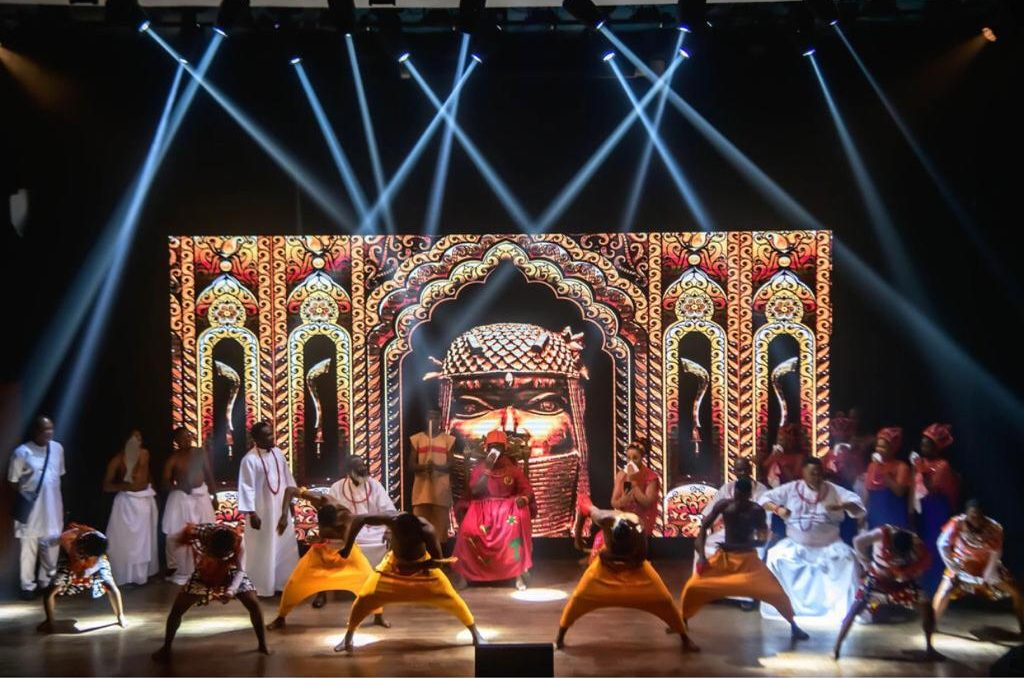 This is freedom, I thought, as I watched regal Edo dance steps responding to awe-inspiring Edo music in the first scene of OSAMEDE. The audience sat up, I noticed. I felt myself grabbed by the collar.

And when the performance ended, the question came to me: ‘Was this the best play I have seen in a while?’

Let me declare it early: OSAMEDE, a musical drama directed by Ayo Ajayi, is carefully wrought.

Something about this delivery of Gold Lilies Production, executively produced by Lilian Olubi, etched its experience in my memory. It doesn’t end in a cul-de-sac.  The play’s open-ending makes for variegated opinions.

With a host of talented cast and crew featuring old-timers like Nobert Young, Patrick Doyle, Soibifaa Dokubo; midcareer thespians such as Patrick Diabuah, and introducing Rolake Adesina, to mention but a few, OSAMEDE mostly evokes the memory of the Marvel-Studios-produced 2018 blockbuster movie– Black Panther, a high grossing film featuring a fictitious African country –Wakanda, where culture and modernity coalesce to construct a prosperous, futuristic nation. OSAMEDE similarly explores the trope of an African technologically advanced nation: Aghuabon, whose traditional heritage is the bedrock upon which its civilization is predicated.

The projection of a culturally inclined African superpower nation has, of recent, become a fascination amongst writers and producers across different art genres. Considering the proclivity of the arts to forecast the future, this might as well be a prophecy to be taken to heart. But how long is the intermission between prophecy and reality?

Aghuabon is a thriving country with all the appurtenances of  technologically savvy ways of being. As it has been established time and again, Afrofuturism tends to project industrialized African country with a core essence entrenched in a resilient cultural fabric. This is the vision OSAMEDE portrays of Aghuabon— a civilized people immersed in the rich culture of the ancient Benin Kingdom particularly in the wake of its latest innovation—Psychotech, a form of weapon of mass destruction, Psychotech, a facility  able to wreck irreparable damage on the human psyche.

However the mirth echoing from the Oba’s palace, a despicable practice sticks out like a sore thumb threatening to taint such glowing image. Aghuabon’s prosperity is fueled by cheap labor from Irunmile— its adjoining, vassal state. This oppression regardless the status of its beneficiaries, must be brought to an end, forthwith. This is the lifetime dream of an ambitious and vibrant Osamede; the eponymous female character, a role deftly played by Rolake Adesina.

Adesina’s lead role fits a trend: the growing popularity of calls for diversity in leadership. But it also ties to the African folklore stories of young, female messiahs (Think Moremi, for example).

Osamede is charged with the zeal, the energy and patriotism to help change the course of a rudderless nation. For the love of country and kingdom, she becomes the sacrificial lamb whose life is bartered for freedom. But without her paying the supreme price, the inordinately ambitions Uzama Uso wouldn’t have been vanquished. 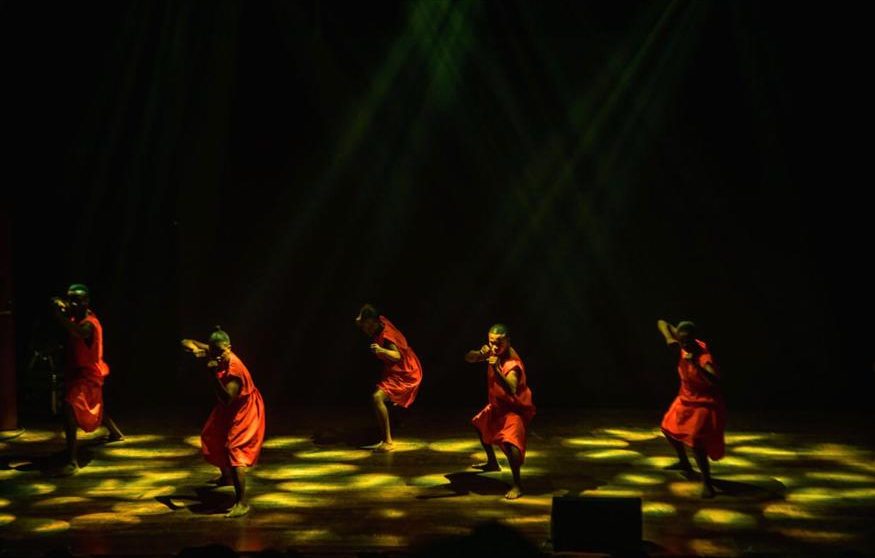 How does one tell the oppressor enough is enough? The play gives a different vista to this query. Despite the urgency to unshackle her people, Osamede doesn’t give in to emotions; to have recourse to violence. With her eyes on the ball, even when her heartthrob Osaze, is reddened by the injustice meted to their people in the gorges of the mining sites, Osamede would rather toe the path of peace.

How does one tell the oppressor enough is enough? The play gives a different vista to this query. Despite the urgency to unshackle her people, Osamede doesn’t give in to emotions

Albeit brave, she chooses to be strategic in bringing lasting succor. By colluding with her avuncular uncle Aigbedion, the subtle plan to penetrate the palace and gain the confidence of the king comes to light. In no time, the Oba is smitten by her inventiveness and matchless demeanor at the expense of stunning beauty and feminine elegance. Yet, the audience is soon taken on another twist in the plot when a series of fracas ensues between Uzama Uso and Osamede.

My sense is that the choice of a young, vibrant female character for the frontline role is, in part, geared towards emboldening contemporary women who daily confront patriarchy in the streets. Osamede’s ability to lead the reins and ultimately guide her people to freedom strengthens the narrative that women also have what it takes to shoulder such responsibility. Osamede helps to exemplify the viewpoint in the riveting stage play that, where there is gender equity, women can do as much, if not better than their male counterpart. 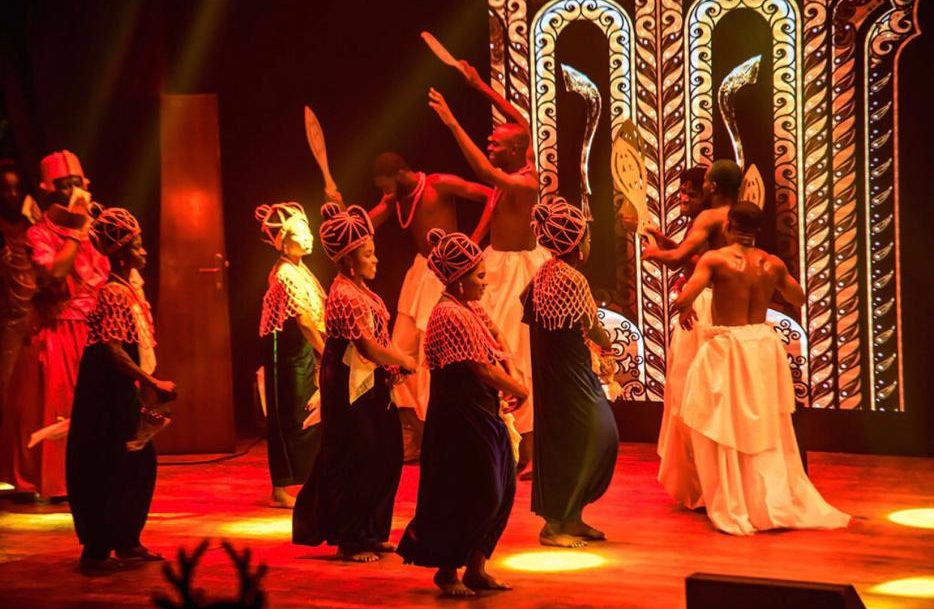 Hear it from Ms. Olubi, the play’s executive producer: “Osamede… the heroine of the play, comes into a heavily patriarchal system and with her courage yet calm disposition saves a generation, therefore, showcasing a woman in the limelight of bravery, leadership and assertiveness.

Olubi explains: “the story brings to the fore, some of the root causes of several societal ills that we see in developing nations and offers a compelling ideology for leaders and governments to adapt with respect to the communities. At the heart of the story is a strong display of faith and courage which the citizenry of Nigeria need to cultivate”.

Adequately portraying the cultural splendor of the great Benin royalty through the panorama of a fictional locale, the temptation of the producer to venture into the musical genre is palpable. Particularly, I was struck to realize, in the end, the producer didn’t give in to such bait. Succumbing would possibly have taken the grandeur of the play to a different realm. This is not insinuating that as a stage play, OSAMEDE does not attain its full potentials. On the contrary, its storyline, avant-garde approach, pace, efficiency of stage management, costuming and visual effects, etc, do not delay before transporting the audience to subliminal bliss.

The struggle for freedom in the play reminds me of the likes of Martin Luther King Jr, and Malcolm X who fought for the emancipation of Black Americans using different philosophical slants.  Osamede’s liberation of Irunmile people, though nonviolent, doesn’t come to light without the shedding of blood. Nevertheless, it is a worthy model for nonviolent struggles.  Another feature of the stage play is the deliberate use of voguish street lingos, music and dance. This at some point makes the audience come alive and helps highlight the play’s contemporaneity. These faddish slangs are most evident in the love scenes between Osaze and Osamede, his wantaway darling.

Osamede’s decision to stay put in the country rather than ‘japaing’ (leaving the country for a greener pasture) is instructive given the rate at which young Nigerians today are fleeing the country in droves like a sinking ship. She demonstrates sheer patriotism by showing that it’s better to face the socio-political and economic challenges head-on rather than escape to another country for comfort. I feel this is a realist instinct at work.

During the curtain call, I heard someone say the story was inspired by the Queen Esther and Mordecai passage in the Bible. I find such allusion incongruous with a play that heavily depicts an authentic African story. Such comparison evokes serious conflation. It doesn’t take anything to draw inspiration from a million and one of such brilliant women in African history; women whose selfless agitation and love for their people brought them joy. Women who rose from obscurity to attain heroic feats.  It might have been planned to score some religious points but, I consider it tangential to the tenets of Afrofuturism that the play loudly advocates.

OSAMEDE could have drawn inspiration from a Nigerian or an African Amazon in the likes of— Oloi Iden, Queen Amina, Nwanyeruwa, Moremi, Fumilayo Ransome-kuti,  Queen Nandi or the unforgettable Iyoba herself- Queen Idia of the great Benin Kingdom whose bust/mask has since become the sacred symbol of the Nigeria culture landscape.  The reference to biblical inspiration nonetheless, the aesthetics and creative finesse invested in OSAMEDE are not vitiated. I look forward to seeing the play go on tour, beginning from Nigeria. 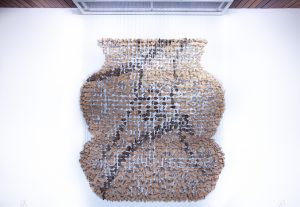 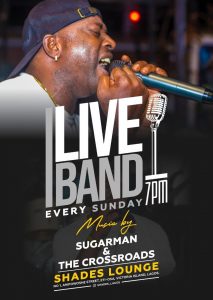