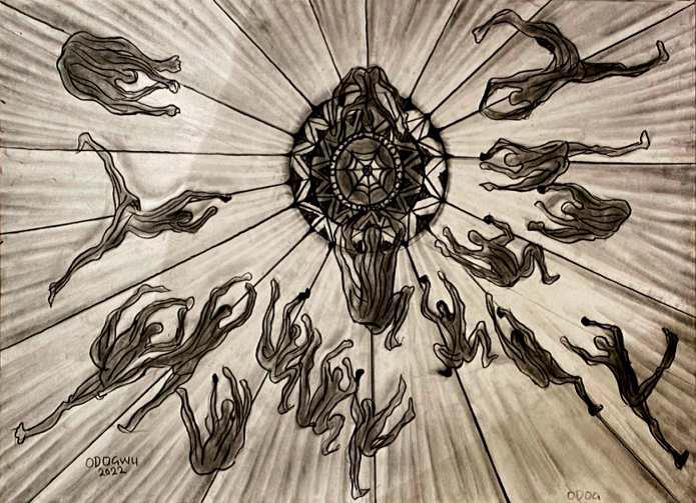 We hoped it wouldn’t rain, but it turned out be one of those very rainy mornings.

Maybe we should postpone till the next day, I thought. I called Duke Asidere. He was already on third Mainland Bridge.

Postpone? He wasn’t having any of that. ‘We are holding the workshop even if the world is coming to an end. If nobody comes, I will be there. I will paint alone and enjoy myself thoroughly.’

One couldn’t argue with that sort of resoluteness.

The rain eased a little by 9 am. But we decided to hold the workshop inside the gallery instead of outside at the garden as we’d planned. Asidere showed up first with his easel and drawing kit.

Edosa Ogiugo showed up soon after with Diseye Tantua. Tantua had come in from Port Harcourt for the workshop …with bottles of Jameson. He set them carefully on the gallery table.

The whiskey may have been a good omen… everyone started to show up. Edozie, bohon…Easels were set up. The workshop was ready to go.

Edosa Oguigo said a few words. About Osaghae, and the reason for the workshop.

Osaghae liked to draw, He was a fascinating artist and had collaborated in some way or the other with many of the artists present. He was part of the Guild of Fine Artists in his lifetime and members of the Guild had decided to honour him. I had worked with him closely as well, so the gallery seemed like the right place to hold the workshop. We’d all come to honour him by doing something he loved to do in his lifetime.

The workshop started. We drink some of Tantua’s whiskey, then some whiskey from the gallery, then some Campari. The artists drew. The drawings were about different things… anything. The

plan was to have a freestyle workshop … no themes, no models.

The artists could explore any subject.

We had some reggae music playing on the gallery audio system.

Juliet Ezenwa brought her own radio and played it in a corner while she drew – odd, but interesting.

Day 2 was more of the same. Everyone started a new drawing. We talked. We laughed. We remembered old times.

Osaghae loved to draw. He would have been pleased.

Igweze is the owner of HourGlass Gallery, Victoria Island, Lagos 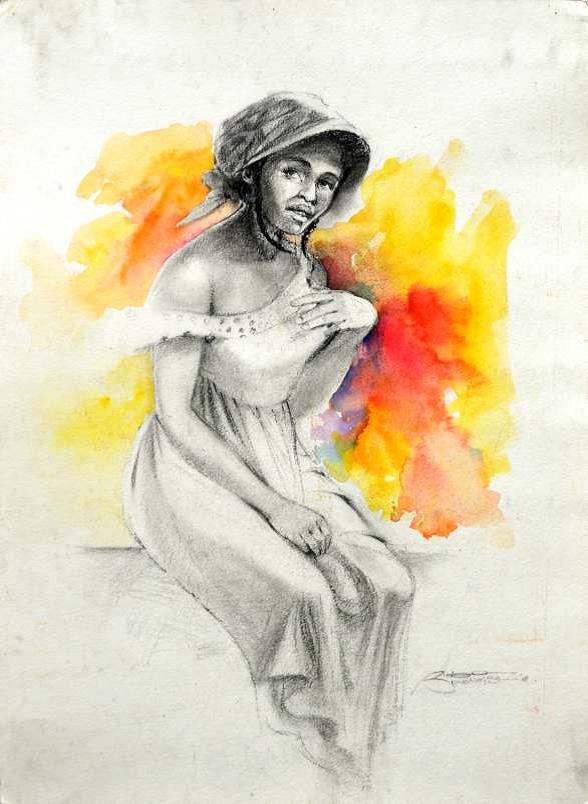 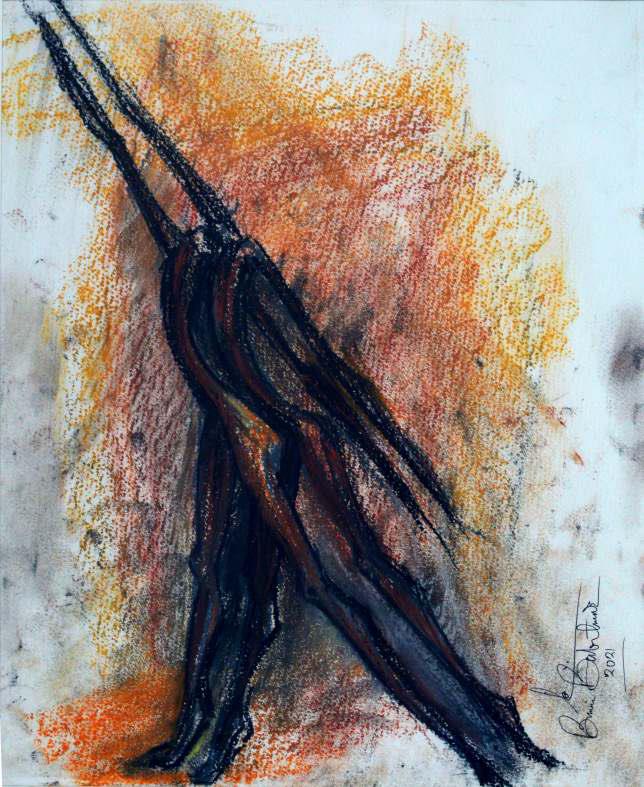 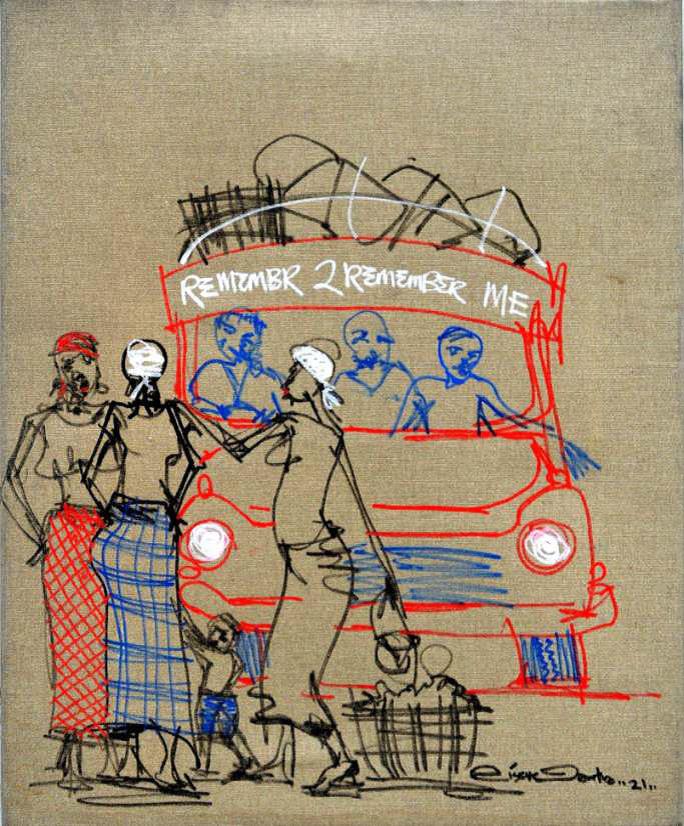 Remember to remember me 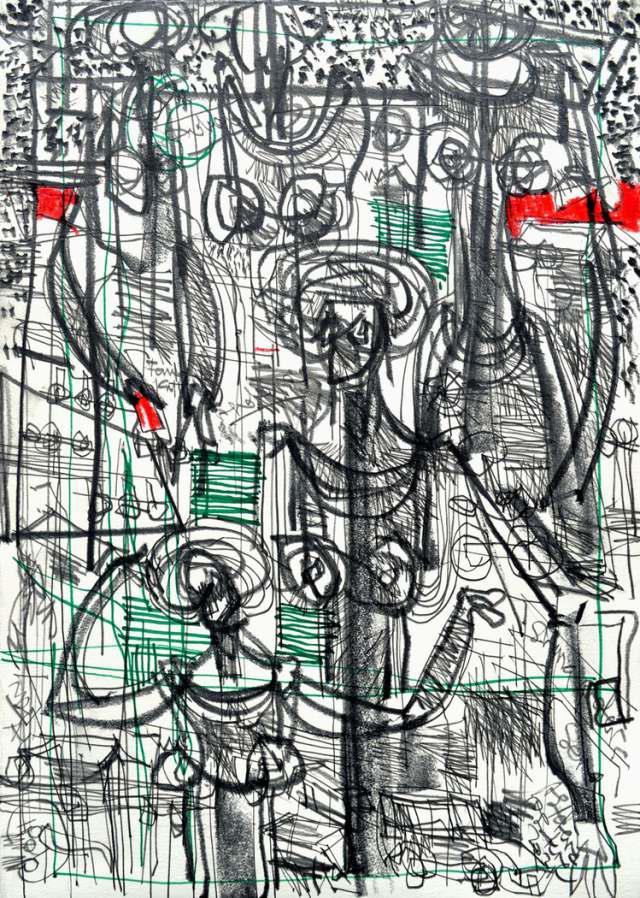 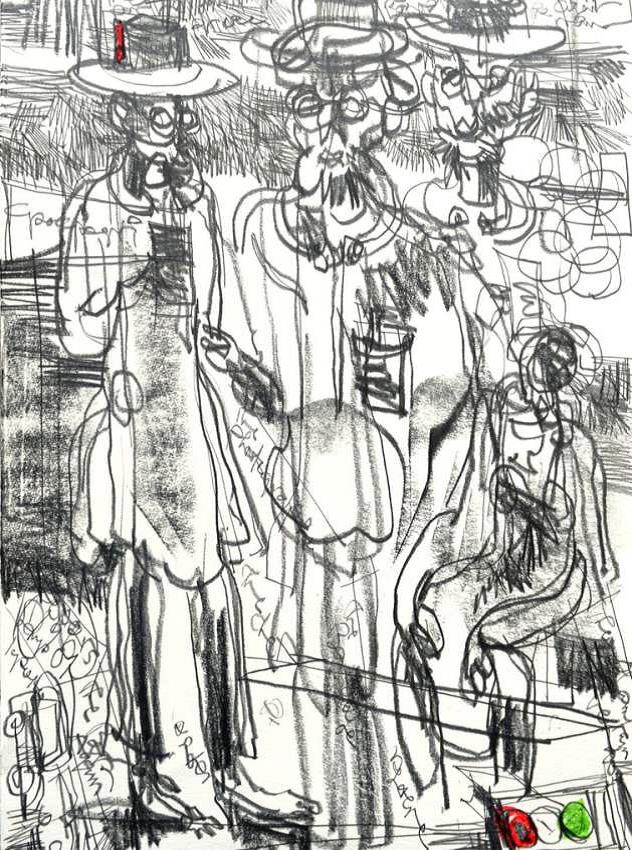 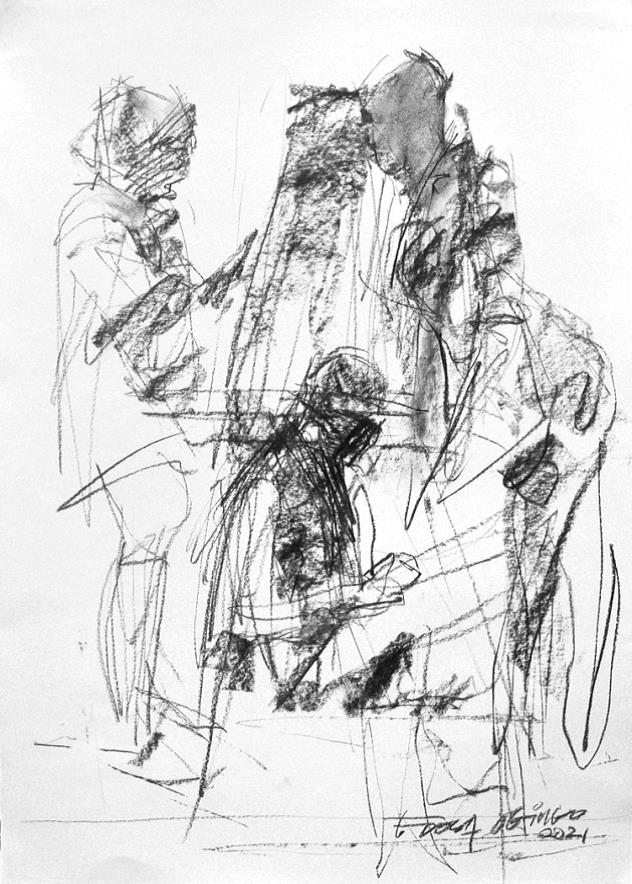 Survival for the Fittest 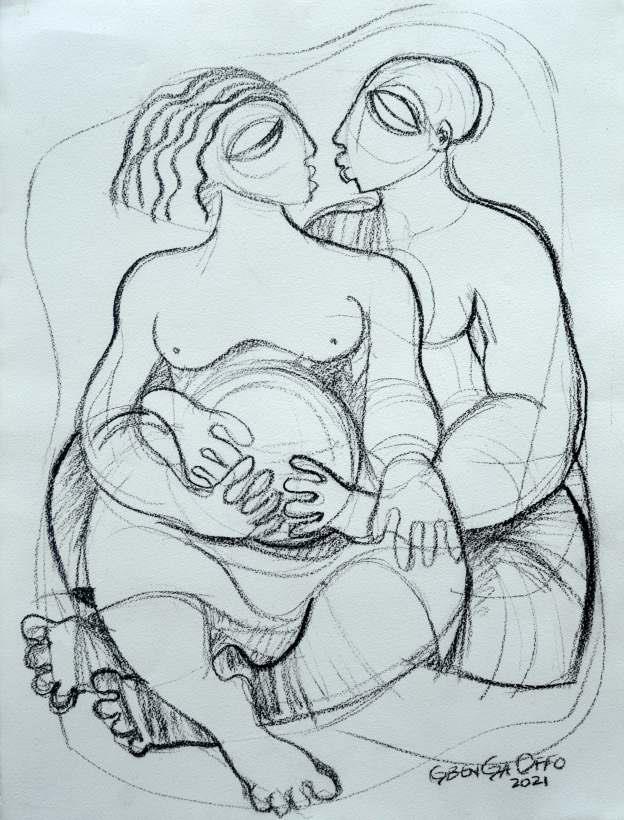 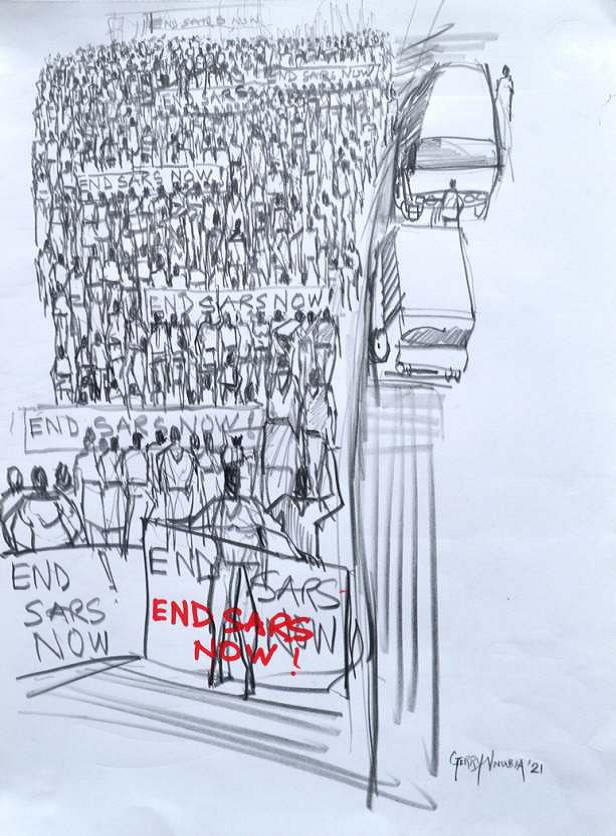 A Moment in our History 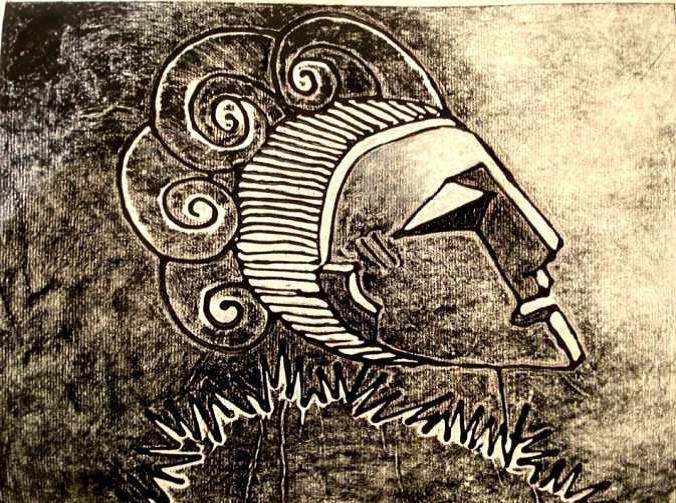 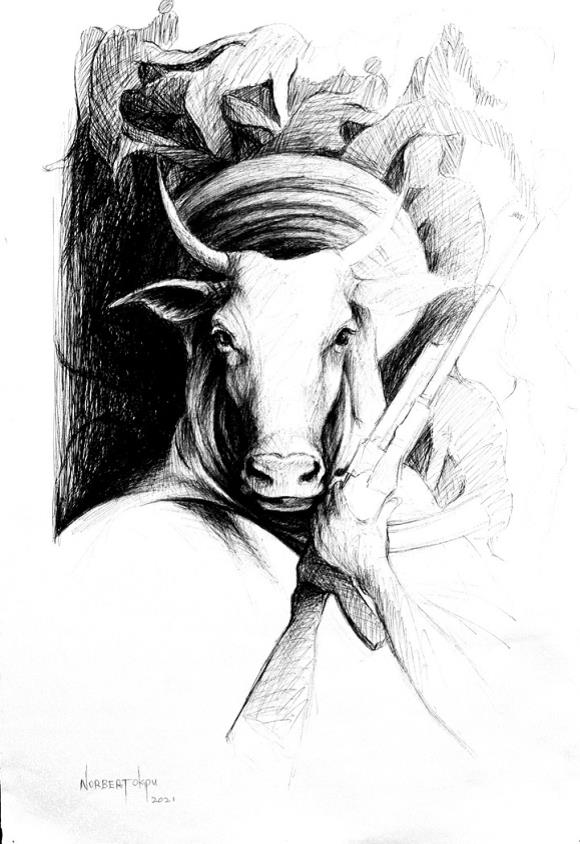 ..LET’S QUICKLY GLANCE AT SOME OF BEN OSAGHAE’S DRAWINGS

Listless passengers at an airport departure lounge, joyous children at a playground, overworked nurses at hospitals, menacing policemen at checkpoints.

Osaghae’s sketches were like notations in a diary. With his sketches, he could convert the external world, with its joys and irritations, to entries in a visual journal.

It may have helped him make sense of the chaos of the world. Or helped calm his fraying nerves. Whatever they did for him, his drawings provided a minimalist vision of the world as he saw it.

These drawings were not precursors to paintings. They were purposeful creations, very different from his canvases stylistically. Every line had a purpose. Nothing was superfluous or serendipitous. No colour to distract, no flourish to enhance – just the simple lines of his pencil or charcoal to tell a story about the people around him – their joys, fears, and endeavours. 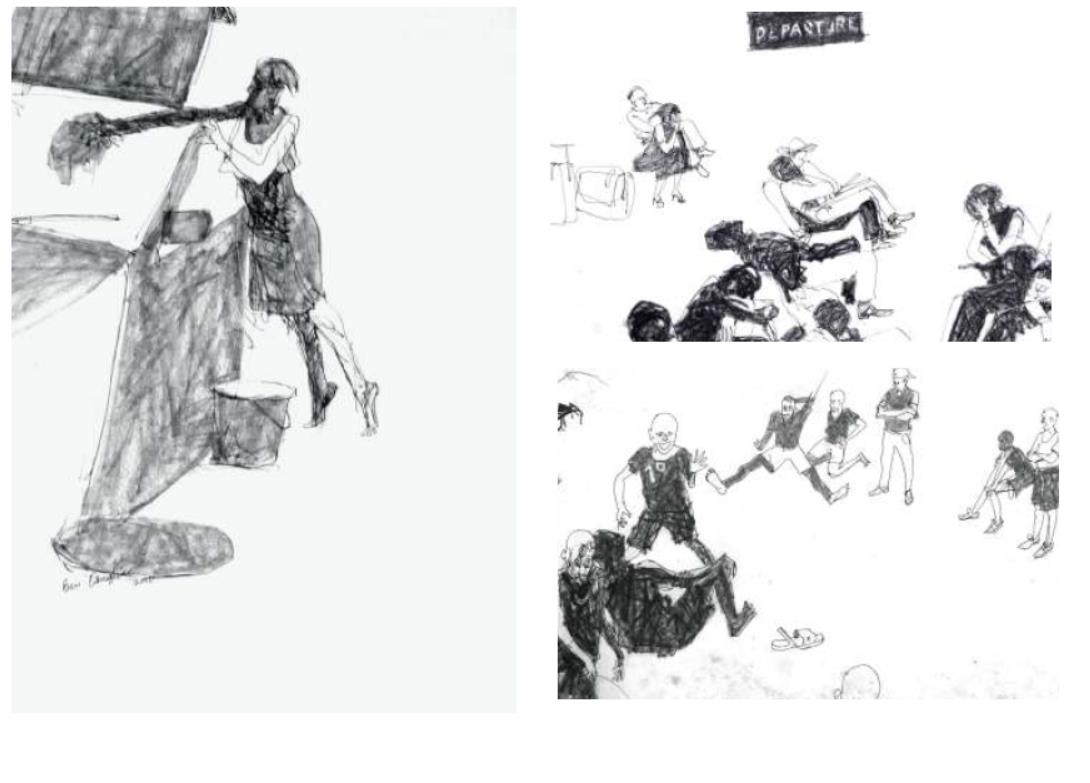 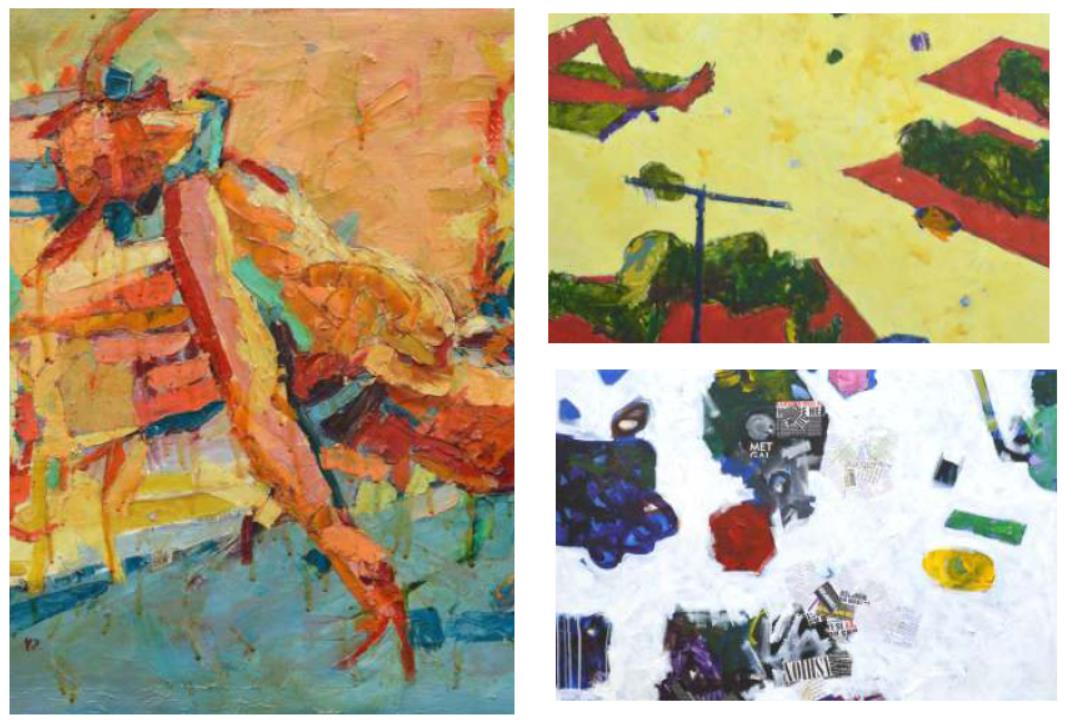 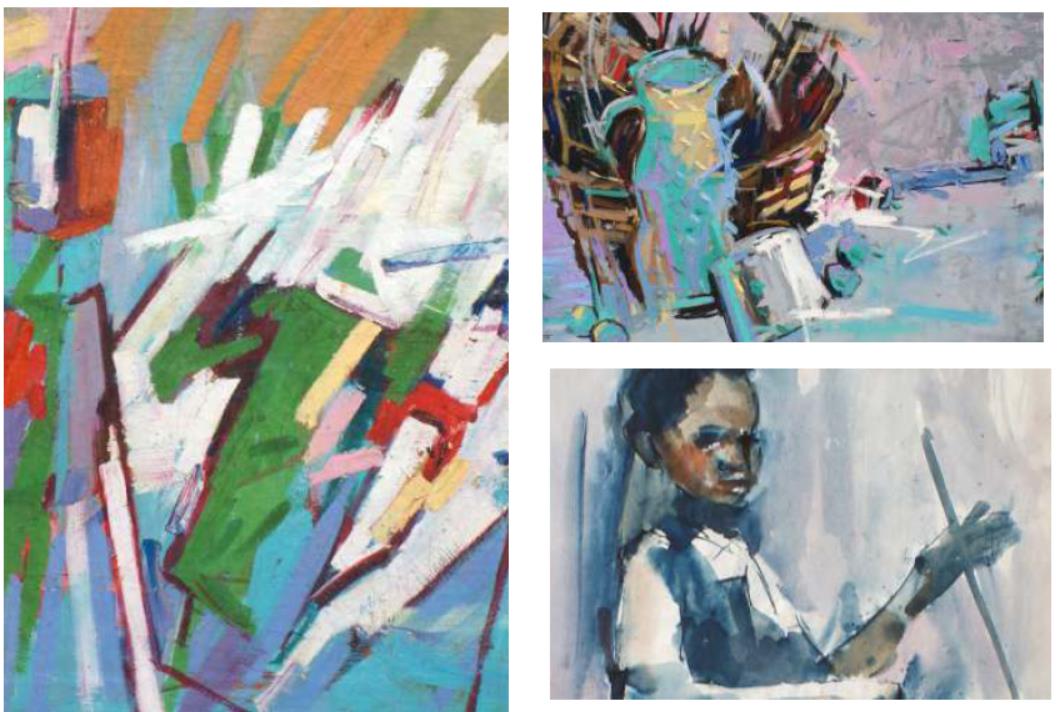 …Now, more of the selection of drawings by the artists at the workshop… 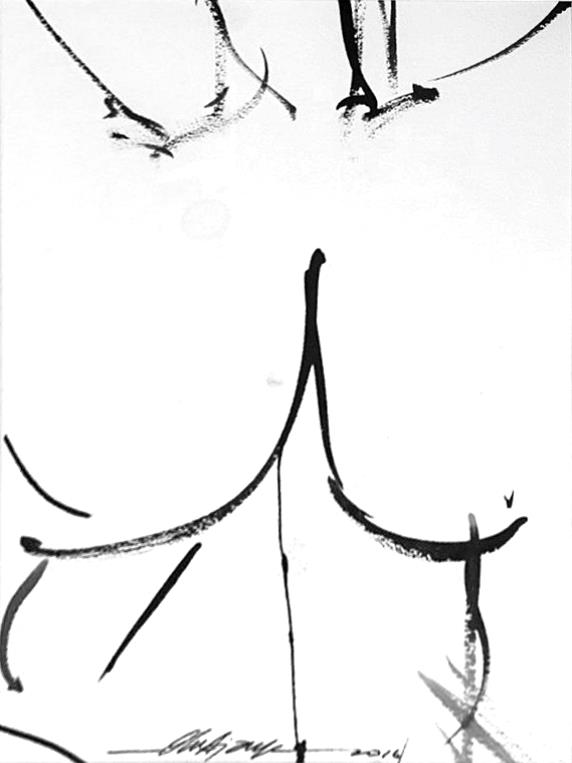 Mother and Child A 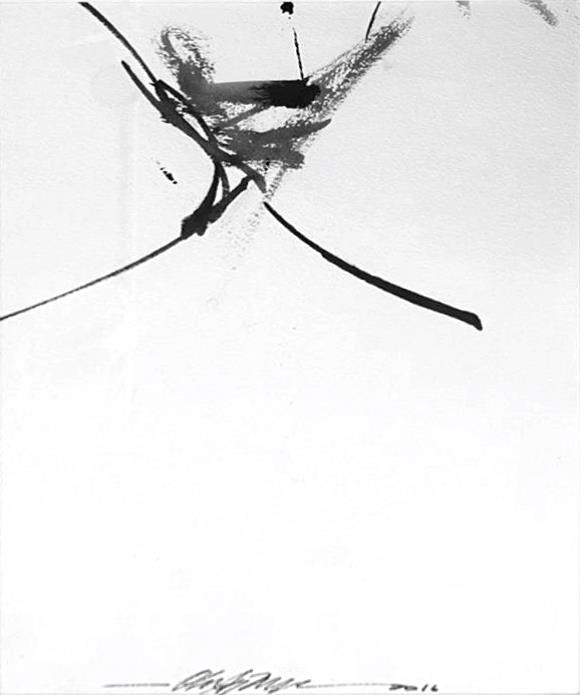 Mother and Child B 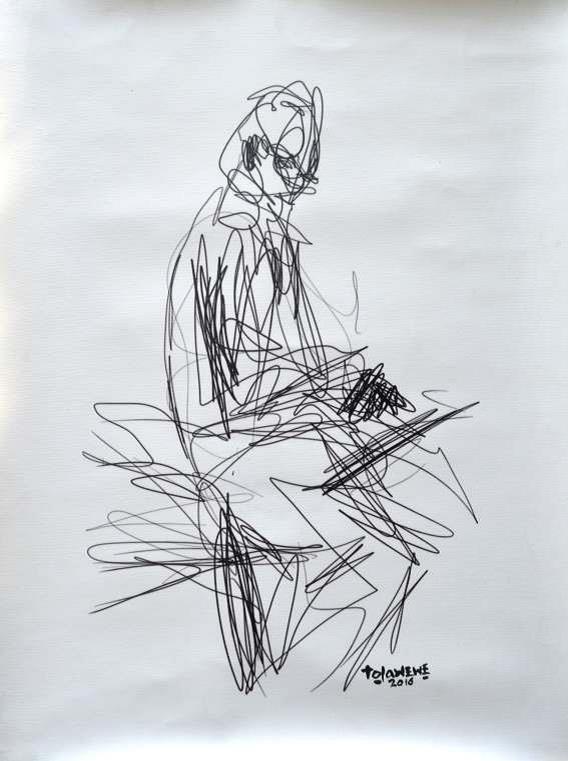 This entire material is abridged from the exhibition catalogue. The viewing is on at the Hour Glass Gallery, until June 29, 2022. Address: 979 Saka Jojo St, Victoria Island 106104, Lagos 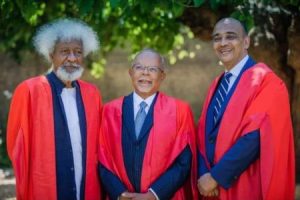 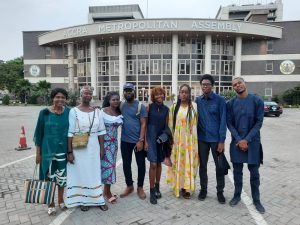 Next post From Christmas Story to Fonlon -Nichols: Ezeigbo’s Half a Century of Story Telling