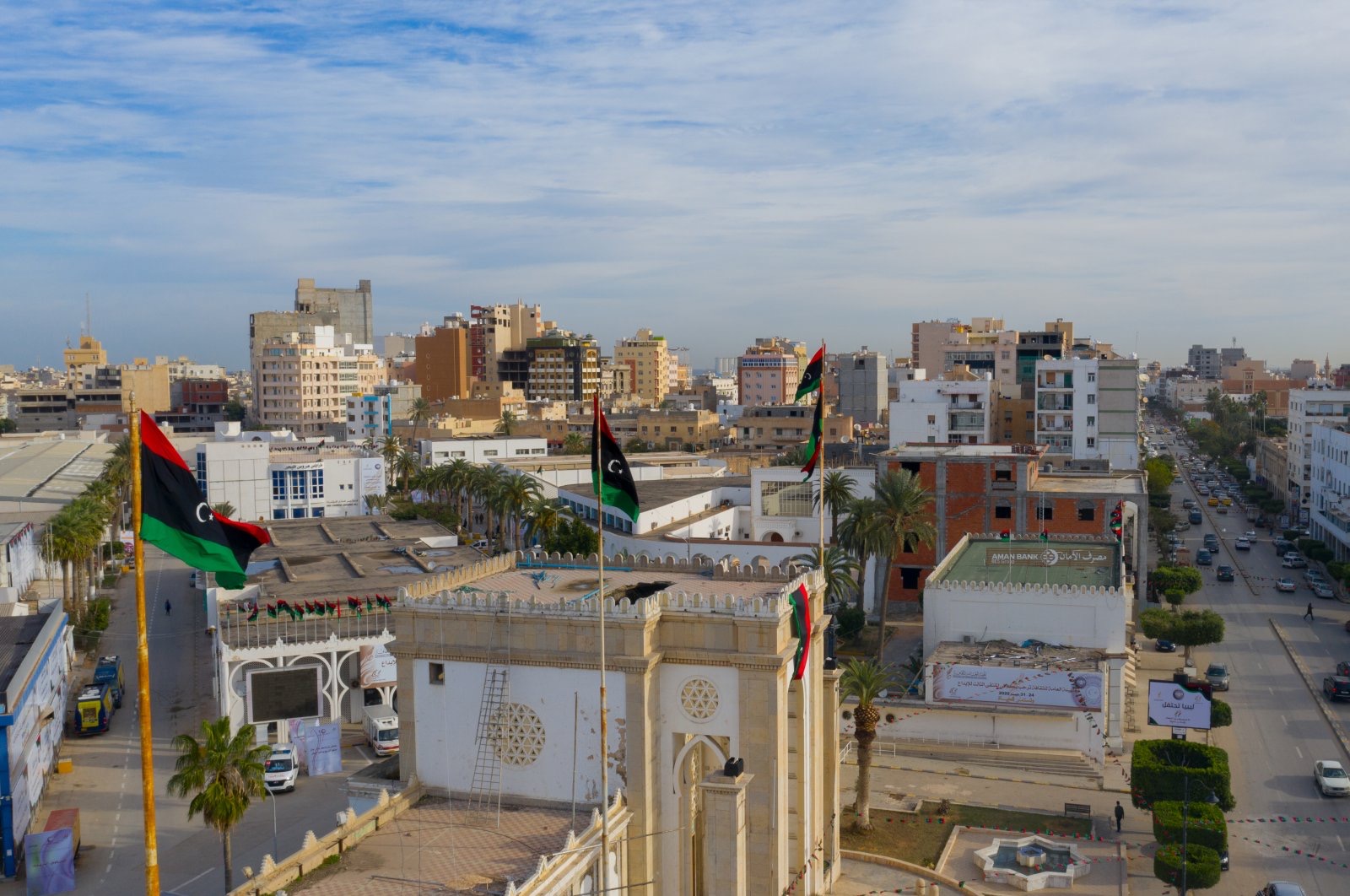 We quickly returned the gun and left before anyone noticed shots had been fired.

We were lucky that his father did not check the gun when he returned home that evening, and that there had been no complaints from the neighbours. Gunshots are normal in Misrata, and there are many bullet-ridden buildings in Qasr Ahmed.

Things changed when a child shot himself by accident while playing with his father’s pistol. I remember his name-Bashir. He was a little taller than Omar but chubbier. I played with him a few times. The thought that Bashir is dead, buried underneath the ground just like Papa, still sends a cold shiver down my spine.

Omar’s father pulled down the gun cabinet soon after. He kept the gun hidden in a small bunker under his bed. Omar told me he had once seen him cleaning the rifle at night before returning it to the bunker.

As Hakeem and I walk to Omar’s house, I wonder why I ever wanted a gun. Hakeem says almost everyone in Misrata owns one.

If you don’t, you act like you do to keep trouble makers away, Hakeem says.

As we approach the house, we see a group of boys heading towards us. They look older than me, closer to Hakeem’s age. Two have guns tucked into their jeans. Hakeem slows down, and I am surprised when one of them nods at him and Hakeem nods back. How does he know them?

I have known Hakeem longer than anyone in the group, but I am beginning to realise that I don’t really know him. No one really knows Hakeem. I see a fire in his eyes as he watches them pass. Hakeem says the only way to survive and come out on top is to have power. I find myself wondering if the power he speaks of is carrying guns like the other kids on the street do. Mama once said that the difference between a robber and a thief is that one carries a weapon.

Omar lets us in and leads us into the sitting room. A worn-out leather sofa divides the sitting area from the dining. I am reminded of our sitting room back home. It always seemed small back then, but as I look around Omar’s home, it feels like we lived in a palace.

Hanging on the wall is a picture of Omar’s father and mother. Omar says it was taken in Tripoli during his uncle’s wedding. His uncle visits them once or twice every year since his mother passed away. Omar says his father complains every time he visits because he usually comes to borrow money for one of his business ideas. Omar does not mind as long as he continues to buy him kaak malih, Omar’s favorite candy. Plus, he says his uncle is the only person who reminds him of his mother. 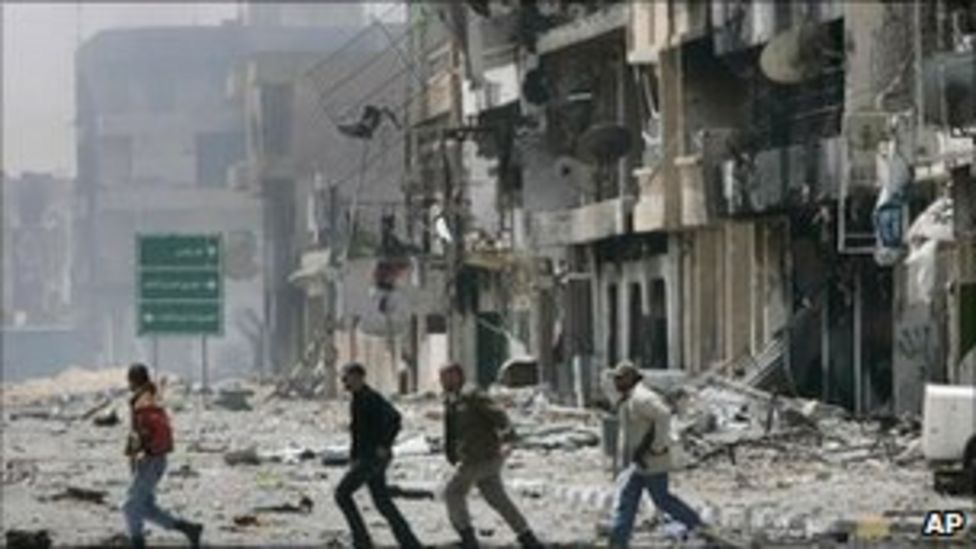 “Where are the others?” Omar asks. He carries a tray of date palm, milk, and bsisa from the kitchen for us to eat.

“They should be here any minute,” Hakeem replies.

“What did you ask them to get?” Omar asks. “You know it is a bad idea to send those two out together.”

Hakeem shrugs and takes a sip of his milk. “They are helping us get some supplies.”

Hakeem is planning something. There is no doubt about this but like all his plans, we find out when he wants us to.

We eat quickly, leaving some food for Hussein and Sadiq. Omar’s father has a habit of returning home from work at the most unexpected time. The first time he caught us in his house, he threw us out and warned us never to return. He called us street rats and told Omar never to hang around us. The last time he caught us with Omar, he threw a bucket at Sadiq.

I used to be like Omar. Mama did not approve of me hanging with the children on our streets. She called them agberos, and when I complained, she would say, ‘Evil communication corrupts good manners.’ If only she could see me now—a common street rat in Misrata.

We leave the house when we realise Hussein and Sadiq are not coming. It isn’t unusual for Hussein and Sadiq to disappear on us. Once, Hakeem sent them to get our lunch for the day. After we had waited hours for them to return, we had to eat date palms Omar brought from his house. They’d returned sometime later, as the sun was setting, with a story of how they had been chased by policemen through the market. Nobody believed them. Hakeem punished them by sharing their portion of the meal with us. They didn’t seem to mind.

Normally Hakeem would be mad about this delay but not today. Whatever he sent them to get definitely wasn’t food. His secrecy is not new but this time, I am worried. Whatever Hakeem is planning, a part of me knows I am not going to like it.

We walk the streets of Qasr Ahmed, heading towards the market. Shops and traders line the street that leads to the Cave, reminding me of home. Whenever I am on this street, I am no longer aware of how much the colour of my skin makes me stand out. There are migrants here from Accra, Kano, and from a place in Ivory Coast, I cannot pronounce. 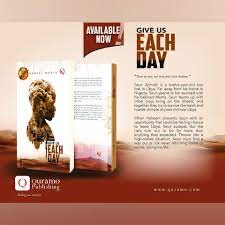 Excerpted from Sam Monye’s Give Us Each Day, one of the 11 novels shortlisted for the Nigerian Prize for Literature 2021. 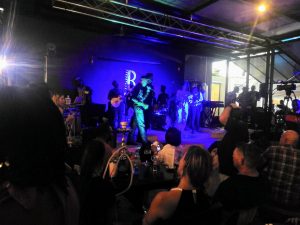 Next post Bantu on the Day the Music Returned