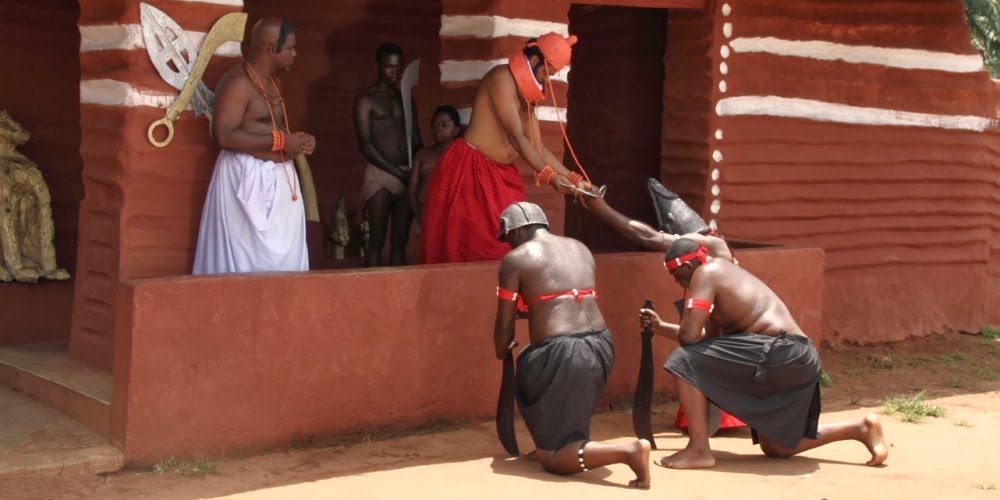 The recently-coined terminology New Nollywood is an admission of hope and an expectation of much better things to come from the three-decade old Nigerian Nollywood film industry.

A subtle condemnation, it also denotes a distinct break from the old Nollywood.

The New Nollywood represents the coming of age of the Nigerian feature film industry and expresses the hard fact that Nigerian films; without choice, now have to be made professionally with true specialists as the core crew.

Simply put, this generation of Nigerian videographers as against the earlier filmmakers had pulled off another wonder of the world. They had virtually done the impossible with their minimalist approach. Celluloid feature films take at least two years to make; from scripting, casting, shooting, editing; and then shown in cinema theatres. Years after their cinema debut they are then released as home videos. It requires about fifty people; all of them well-trained specialists, and they are usually on locations shooting for two months or more. It costs multimillion US dollars to make a celluloid feature film.

This novelty in producing and marketing Nollywood home videos put Nigeria on the map worldwide; more for its ingenuity and entrepreneurship than the aesthetics and technical quality they offered as an alternative.

In Africa however, Nollywood as a trailblazer has spawned similar and now huge home video industries in Kenya and Ghana. South Africa which has a film-making industry comparable to Hollywood snobbishly regards Nollywood as a film production joke!

The name Nollywood, was coined by a European researcher. His premise was; if the huge Indian film-industry based in Bombay is called Bollywood and the American film-industry based in a suburb of Los Angeles called Hollywood is known by that name, then why not Nollywood for the Nigerian video-film industry? Nollywood has since grown to become the second-largest film industry in the world, in terms of the volume of production; below Bollywood and above Hollywood. At its peak Nollywood was producing 50 home videos a week and well over 1,000 a year! The major production centres are Lagos, Enugu, Asaba and Abuja.

Nollywood must be given great credit for its social and economic impact in Nigeria. It filled a huge entertainment void. Its products were affordable and convenient. It offered an initially admirable kaleidoscope of Nigerian culture; a platform for Nigerians to tell their own visual stories; emulating how our first generation of writers like Achebe told our own stories in literature. Nollywood rightly, became a source of national pride.

Financially, Nollywood has enjoyed a boom and contributed enormously to the national economy locally and as an export commodity. Rated in 2013, as the third most valuable film industry, behind India and America; after generating revenue of ₦1.7Trillion or $10Billion; in 2014 it was worth ₦853.9Billion naira or $5.1Billion. Currently, its average annual revenue is $600Million.

Nollywood provides employment for close to one million Nigerians across the production and marketing chain. It has created stars and superstars who earn a million naira and above per film; some starring in two or three films a year. They have become celebrities beyond Nigeria, in Africa, thanks to satellite television.

The audience for Nollywood films is gigantic. Millions of Nigerians in the Diaspora are avid fans. M-NET, DSTV and other satellite TV networks have made them popular in Black Africa. In Nigeria they have become must-see programmes on nearly 60 terrestrial TV stations. Nollywood hits sell between 75,000 and well over 100,000 copies. There are multi-millionaire Nollywood producers, actors and actresses!

Nonetheless, Nollywood eventually came to a challenging cross road over half-a-decade ago. There was over-saturation; the themes had become stagnant, repetitive and predictable. Interest in them was waning fast. The original model was no longer working or inviting. Creativity had dried-up. There had to be change. Thus came about the birth of New Nollywood!

Nollywood’s foundation proved to be its ultimate limitation and cause for decline. It had become an all-comers’ affair, stuck in its original realm of ‘amateur’ filmmaking and, driven by a mass production trader-mentality.

Apart from its low technical quality in cinematography, Content was weak and embarrassingly too simplistic. Old Nollywood producers failed to appreciate the huge difference between a story and a film script/screenplay which is the backbone of a film. Scriptwriters are special sought-after professionals. They adapt bestsellers or stories to screenplays. They work alone or in a team, earn millions of US dollars and can take a year to write a screenplay!

Filmmaking has always been an intellectual exercise carried out collectively by a team of specialists. New Nollywood is therefore a diligent return to the basic professional principles and modalities of filmmaking, and is also a return to the objectives of the pioneer independent Nigerian celluloid filmmakers like Dr. Ola Balogun and Francis Oladele. Trained film makers, they strove towards excellent cinematography and engaging scripts. Balogun and Oladele adapted novels by a Kenyan, Achebe and Soyinka to make international-standard features for a global audience!

Kunle Afolayan is the poster boy of New Nollywood. A true chip of the old block, he is the son of Ade Love, the late great actor-director of Yoruba-language films. Also an actor-director, Kunle, however, attended film school and it shows prominently in his films. His 2014 film October 1 is the current classic of New Nollywood. He raised two million US dollars, directed and acted with a mixed cast of English and Nigerians in a crime thriller set in September 1960 in rural Western Region; based on a script written by the acclaimed Nigerian-born London-based Tunde Babalola of British-TV fame. An all-Nigerian production, October 1 won three Awards as Best Feature Film, Best Screenplay and Best Male Performance [Sadiq Daba] at the 2014 Africa International Film Festival-AFRIFF.

Tunde Kilani, London Film School-trained and one of Africa’s best cinematographers, has a long history of making exceptional Yoruba-language films. His 2014 English-language inspiring film Dazzling Mirage, about a talented young lady with a sickle cell disorder; adapted from Yinka Egbokhare’s novel by writer/playwright Ade Solanke is another winner for New Nollywood.

However, the 2014 film, Half of a Yellow Sun, adapted from the international award-winning novel by Chimamanda Adiche; for all its super-hype and rumoured budget of $10Million  didn’t quite gel. It was shot by a foreign crew and, its cast included Nigerian-born Hollywood star Chiwetel Ejiofor and other foreign stars. Based on the Biafra War, its weak screenplay directed by novice film director Biyi Bandele were its pitfalls. University of Port Harcourt-trained Lancelot Imasuen in 2014 released his film Invasion 1897 about the British Punitive Expedition; shot by an Indian cinematographer.

Other New Nollywood directors of note include New York-based Andrew Dosunmu’s Mother of George, winner of the 2014 AFRIFF Best Director Award. With New Nollywood have come new marketing initiatives to beat piracy, a revival of cinema attendance and guaranteed good returns for filmmakers. Silverbird and Filmhouse have comfortable cinemas across Nigeria. Afolayan’s Figurine made ₦30Million, Chineze Anyaene’s Ije over ₦57Million in 2010 and in 2014 Ayo Makun’s 30 Days in Atlanta has made ₦135Million and still counting, from showing in cinema houses.

The bottom line is that Nigerian New Nollywood filmmakers are now doing the right thing film-production wise. Sooner than later a New Nollywood film will be nominated for an Oscar Award in the foreign film category! 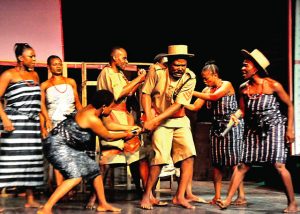 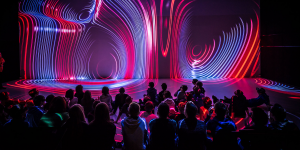