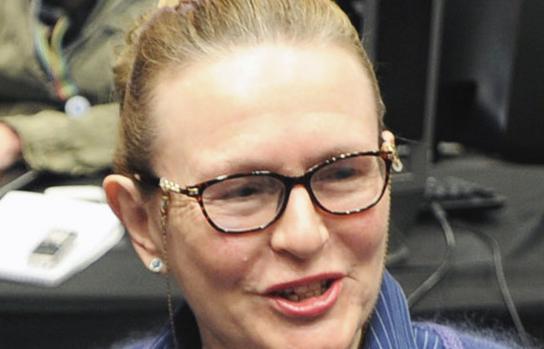 I remember my first one-on-one conversation with Jacob Zuma as though it was yesterday.

It took place on 25 May 2009, at the height of our very public confrontation over the composition of my cabinet, during which I had used his sexual proclivities as an example of the way the ANC generally regarded the role of women.

I was due to fly to Pretoria early next morning to attend my very first national cabinet lekgotla. A cabinet lekgotla is the quarterly meeting, convened by the president, at which the full cabinet meets the provincial premiers to discuss items of national importance.

‘Don’t worry, I will lead you,’ he replied. He placed my left hand on his right shoulder…

The day before the meeting, I was in Khayelitsha at a preparatory event for the World Cup. One of my colleagues came running up, saying he had just had a call from my office to say that the president was about to call me on my cellphone. His office had requested my number. Seconds later my phone rang. I answered. There was the unmistakably warm voice of President Zuma.

‘Good afternoon, Premier,’ he said jocularly, as if we had never had a disagreement in our lives. He was full of levity and laughter. ‘Tomorrow you will be coming to the presidential guest house for your first lekgotla,’ he continued.

‘You will be the only DA person there,’ he said.

‘Well, I just want to let you know that you should feel completely relaxed about that. Please do not worry about it. You will be very welcome.

’ That was it! That was all he had phoned to say.

I was totally astounded. In an enormously pressured schedule, in the third week since his inauguration as president, he had taken the time to track down the cellphone number of his most outspoken critic, with whom he was involved in a bitter and highly personal public spat, to put her mind at ease about a meeting he thought she might feel apprehensive about.

I had spent an entire election campaign telling voters to ‘Stop Zuma’, and here he was saying I will be welcome at the presidential guest house and ensuring I did not feel apprehensive.

That was my first direct, personal experience of the legendary charm of Jacob Zuma. Apart from being amazed, I felt deeply guilty about saying nasty things about him (let alone the court case we were planning to get the charges against him reinstated). But I couldn’t let my emotions trump reason or my constitutional function.

I went up to Pretoria the next day actually looking forward to meeting him and talking to him personally. I arrived at the imposing state guest house with Brent, who by that time was the Western Cape’s director-general, in a small hired car. We looked out of place among the limousines that sailed around the circle to drop ministers at the end of a pillared walkway which led to the conference facilities at the presidential guest house.

There was a spread of food, including a variety of fruit, and tea in beautiful thin china cups. When President Zuma arrived, a hush fell on the room, as he greeted people.

At that, and every subsequent meeting, he greeted me as if he had been missing me, and called me intombazana (young girl) – which he meant as a compliment, and which I interpreted as one. He was so profoundly, unconsciously patriarchal that it was actually endearing.

At the very next lekgotla, we were invited to a braai at the president’s residence to socialise after a full day’s work. As usual I was the only DA politician there. We ate and then the music started. I was chatting in a small group when I felt a nudge on my arm. I turned to see President Zuma, who with a small, chivalrous nod of his famous head asked me to dance. I gulped. I could see by his stance he meant ballroom, not bop.

‘Don’t worry, I will lead you,’ he replied. He placed my left hand on his right shoulder, held my right hand aloft with his left, and we were off, around the makeshift dance floor. I was all left feet, sweaty palms and palpitations. My right hand must have been crushing his left hand, I was holding on so tightly.

Within seconds I realised what an accomplished ballroom dancer he was.

I tried to follow his lead. Occasionally, I almost tripped us both, but he made light of it, paused momentarily to recalibrate, and then set off again, hardly missing a beat.

By this time, almost the entire cabinet had their cellphones out to record this dance. I tried to look relaxed, smile and make small talk.

‘Where did you learn to dance so well, Mr President?’ I ventured. ‘I also need lessons.’

The story kept me entertained for the rest of our dance. As a young man he met a young lady he fancied and asked her out to a dance on a Saturday night. I think he said it was in Durban. She was obviously more worldly than the young man from Nkandla. Poor Jacob suddenly confronted an unexpected sight – twirling couples executing complex ballroom routines. He was too embarrassed to ask the young lady to dance (I assured him I knew what he must have felt like), so he and his date stood on the perimeter and watched. It did not take long for another beau to approach his date and whisk her off, while Jacob stood holding her coat for the rest of the evening.

‘The very next Monday morning, I went and enrolled at Arthur Murray dance studios, where I learnt to dance,’ he told me.

‘I know where I’m going this coming Monday morning,’ I answered.

He laughed. ‘You will enjoy it,’ he promised.

I flew back to Cape Town still having flashbacks of almost tripping up the president on the dance floor. Those moments were captured in scores of cellphones – I’m amazed that none of them ever appeared in the newspapers!

When I got home I had made up my mind that Johann and I were going to go for dancing lessons. He had grown up in a community where dancing was considered a sin. Now his excuse was that his knees gave him too much pain to dance.

He was scheduled for a double knee replacement.

‘When you have your new knees,’ I said, ‘there are no more excuses. You and I are going to take dancing lessons. I have to be able to dance properly with the president when I go to lekgotlas.’

‘Well, I just want to let you know that you should feel completely relaxed

about that. Please do not worry about it.

I told him the story.

‘I just can’t help liking Jacob Zuma,’ I said. ‘He’s nicer to me than almost everyone in the DA.’

That was true. The DA is tough on its leaders. You have to earn their respect. You have to justify your proposals and ideas. They call you to account when things go wrong (and sometimes when they don’t).

But not Zuma. He always made me feel comfortable, in whatever circumstances.

After that, every time I went to a cabinet lekgotla, Johann would say he expected me to return as President Zuma’s next wife.

Excerpted fromNot Without A Fight, an autobiography, by Helen Zille, former Mayor of Cape Town and current Premier of the Western Cape Province, South Africa. First published 2016 by Penguin Random House, South Africa. This book has been chosen for discussion at the 20th edition of the Lagos Book and Art Festival, titled: Renewal: A World That Works For All, running from November 5 to 11, 2018. 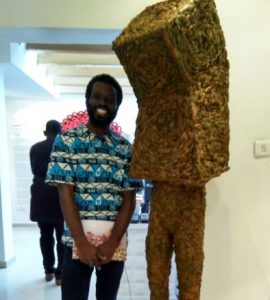 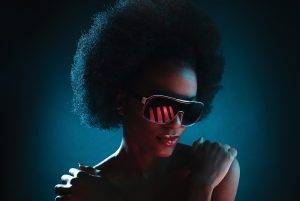