When a father decides to encourage self- reliance and let his children experience life first hand, tragedy strikes. Adesewa is a young lady excused from the ordinary chores of daily living. She has everything done for her and her four brothers by their servants. Suddenly her father realizes he has been shielding them from the real life.

He asks her to return home for a weekend from her university by herself without the aid of a driver. Adesewa combs her way home and discovers similar treatment has been extended to her siblings. When she thought she had trudged through an unusual day and wanted some rest, her father orders her to prepare supper for the family, her debut in the kitchen.

That evening tragedy debuted at their door. Armed robbers broke into their house that night. Adesewa was raped in the presence of her brothers; her father shot dead when he tried to intervene. And by this act of violence, the curtains open on this tragic story.

“The plot is tedious and the novel setting is indistinct.

There are errors of context, poor characterization,

As expected, life becomes miserable for Adesewa and her siblings, orphans with no relatives to reach out to. She soon discovers she is pregnant from the rape and becomes a mother, to her four brothers and her daughter, dropping out of university. She and her siblings wallow in poverty, and their fall from grace to grass is exacerbated by the economic turmoil of contemporary Nigeria.

When Lemon Grows on Orange Trees by Diekara Oloruntoba-Oju is about the unpredictability of life and the ephemerality of wealth. It remarks on individual trauma; dysfunctional society that crumbles under its citizens; insurgency of Boko Haram, and how they affect lives.

Often when we read headlines of our national dailies, we fail to reflect on them because we are either inured to them or just find them abstract. We read news about robbery, rape, corrupt charges levied against politicians but we have never really considered how these affect lives beyond our immediate cocooned environment. This book says pay attention.

Ms Oloruntoba-Oju, in this novel, goes a step further and serves as our conscience with the evils prevalent in our society.

Diekara Oloruntoba-Oju commands empathy from an opening chapter that any reader won’t fail to identify with. This is one of the functions of writing: to help us live the lives of those we do not even know. But as promissory as this interesting opening offer, it is short-lived. The author, a novelist still in the chrysalis, lets the story slip at some point.

Her narrative lacks some subtleties of a good storytelling. The plot is tedious and the novel setting is indistinct. There are errors of context, poor characterization, grammatical and typo errors from the first page of the book which can be blamed on editing.

Life becomes miserable for Adesewa and her siblings, orphans with no relatives to reach out

What is most baffling about the plot development is the author’s insensitivity to the trauma she created for her protagonist. For example, when she arrives in the dead of the night at her aunt’s place in Jos and discovers the lock won’t secure the gate she calls Chijindu, who at that point is a stranger to her.

Also, the story poles apart when the family gains a momentum in politics. The author shifts focus from the running plot and what she has been trying to contextualize throughout the plot by bringing the happening in Nigeria at the detriment of the story. She turns to polity underlining it as the cause of Adesewa’s sufferings. But the author dedicating three chapters to this is contradictory because it does not really move the plot. The curse of an African writer afflicts her here. Must every narrative of an African writer have a political undertone before it can be considered a good literature?

But, in all, Diekara appears as a precocious writer with a flair for storytelling. Her effort and contribution to the understanding of the evils around us must not be undermined. She is definitely a writer to look out for. 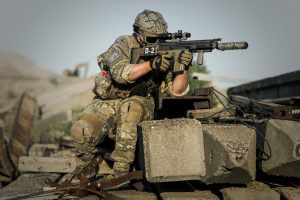