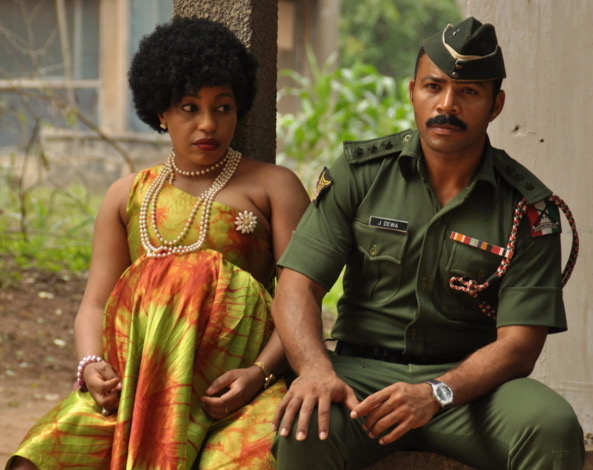 In Pre-colonial Nigeria, every family and town had their stories recorded and transmitted under the moonlight, in praise songs, and in rituals.

Stories in Nigerian movies reflect local experiences, with film practitioners drawing from culture and current practices. It should be easy for Nollywood to be topical and reflect current trending issues, but Filmmakers have been criticized for their inadequate reflection on the country’s headline issues of the past and/or visionary projection of the future.

The industry is taking the feedback and there have been attempts at making historical movies and biopics of Nigerian historical figures. 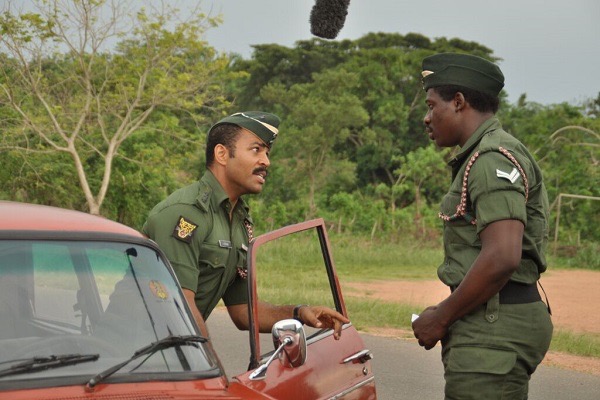 Formerly titled Lions of ’76, Izu Ojukwu’s movie invoked curiosity when it was announced as a chronicle of the events leading to the abortive coup that claimed the life of General Murtala Muhammed in 1976. Nigeria’s military history is under-recorded, despite the fact that the country has been under the rule of soldiers for several decades. 1976 is an important year but there are two sides to the events of that year. There is the official narrative that most people know and there is the other side of it, the wives behind the stories, the families who still claim that their executed patriarchs were innocent of the coup charges. The value of Izu Ojukwu’s movie is in its telling of the other side of the story, even if fictionalized. The movie adopts a soft lighting method which is now becoming increasingly popular as a cinematographic style of shooting movies with Black characters. The soft lighting and warm ambiance combined with the use of found footage from archives constantly reminds viewers of its nature as a historical movie.

“Patrick Nebo is a technical back-end man, not an actor. But here he delivers his role deadpan.”

The casting in ’76 is strong. Nollywood veterans Rita Dominic and Ramsey Nouah who are both aged 41 and 45 respectively play at the time of the movie’s release in 2016, pulled off the role of a newly wedded couple, with Rita Dominic even convincingly carrying a pregnancy. Chidi Mokeme also gave a decent performance, but the movie’s revelation is the startling performance of the arch-villain by Pat Nebo, who is not known in the industry as an actor. Nebo, a veteran set designer, is a well-worn hand from the days of the NTA drama series. He is a technical back-end man, not an actor. But here he delivered his role deadpan As old-timers go, however, Ibinabo Fiberesima’s portrayal of the sister to the key alleged coup plotter is unconvincing, if not unnecessary. 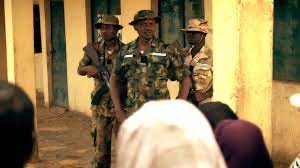 When the army tries to frame Nouah’s character as cheating with Fiberesima, she shows up and introduces herself as being his sister, solving the problem. This simplistic method of solving the problem by introducing a solution character is a lazy way of telling the story. However, this flaw is rescued by the sound scoring of the movie and the clean cinematography. In a commendable attempt to retain fidelity to the era it represents, the movie is narrated with old songs from Nelly Uchendu, Miriam Makeba, Rex Lawson, Bongos Ikwue, and Fela Kuti.  The costume is reminiscent of the movie’s time setting and but some of the actors’ dressing feels like overkill.

The props reinforce the movie’s historical value, fitting right into the army barracks setting. 22 years after the last military regime in Nigeria, a lot of people still have a fearful perspective of the military based on its poor human rights record. The setting of the movie in the Leutmack Cantonment in Ibadan is cheering and it shows that the Nigerian military is transitioning and finally making peace with Nigeria’s democracy. Generally, Nigerian history is avoided by stakeholders and the filmmakers bold enough to confront history usually do it from a place of avoidance. Like Tunde Kelani’s declaration of his movie, Ayinla as an artistic representation of Ayinla Omowura’s eventful life, 76 also avoids specific details of the 1976 coup and does not reflect the names of any participant. Still, it is a well-researched movie, mentioning some of the motivations behind the coup and the pan African sensibilities that pervaded Nigeria in that era. 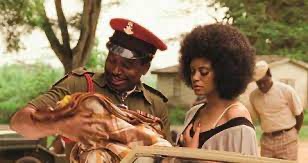 The military is portrayed exactly as it is by the dismissal of Captain Dewa. Even though he is not guilty of the coup charges, he is still fired by the army. He tried to report the coup so ideally, he should be treated as a hero but he is instead dismissed, a move that suggests that there is no fairness in the military. Ojukwu doesn’t flinch from tackling the big issues, especially ethnic tensions, but it is endearingly both a love story and a ‘behind the scenes view on the men who have ruled Nigeria for long and how they live their lives, the intrigues and betrayal that no one talks about publicly.

’76 is a nostalgic movie for older people who are aware of the history and equally appealing to the young generation who have not been properly exposed to Nigeria’s history. After the initial cinema run, the filmmaker did not let it get on Netflix until 5 years later. This method is to deter Internet pirates with websites that host pirated copies of movies, a system that hurts the pockets of movie producers. This method denied a lot of people who missed the cinema run the opportunity to see it on time but it was necessary to do that because of piracy. I wonder if this method worked and if it is workable for an industry that is suffering from the weight of piracy. It is also a film that has been taken to film festivals across the world, a system that is becoming increasingly popular among Nigerian filmmakers. While this is understandable and commendable, there is also the fear that it will colour the way Nigerian movies are made, with a foreign audience in mind. Definitely, Nigeria needs more stories like ’76, with more commitment to telling history as it happened. 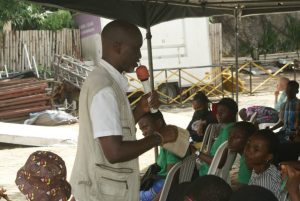