Akpojotor Asks the Walls for their Opinion

The artist won the first ArtX Competition in 2016

Sandra Obiago’s SMO Galleries is showing the debut solo exhibition of Patrick Akpojotor,at the Wheatbaker Hotel in Ikoyi in Lagos.

“The show includes 38 oil paintings, pencil sketches, seminal works in wood, and an installation of copper sculptures, which represent the artists’ exploration of our subconscious connections between identity and the built environment”, the Gallery explains in an invitational press release, 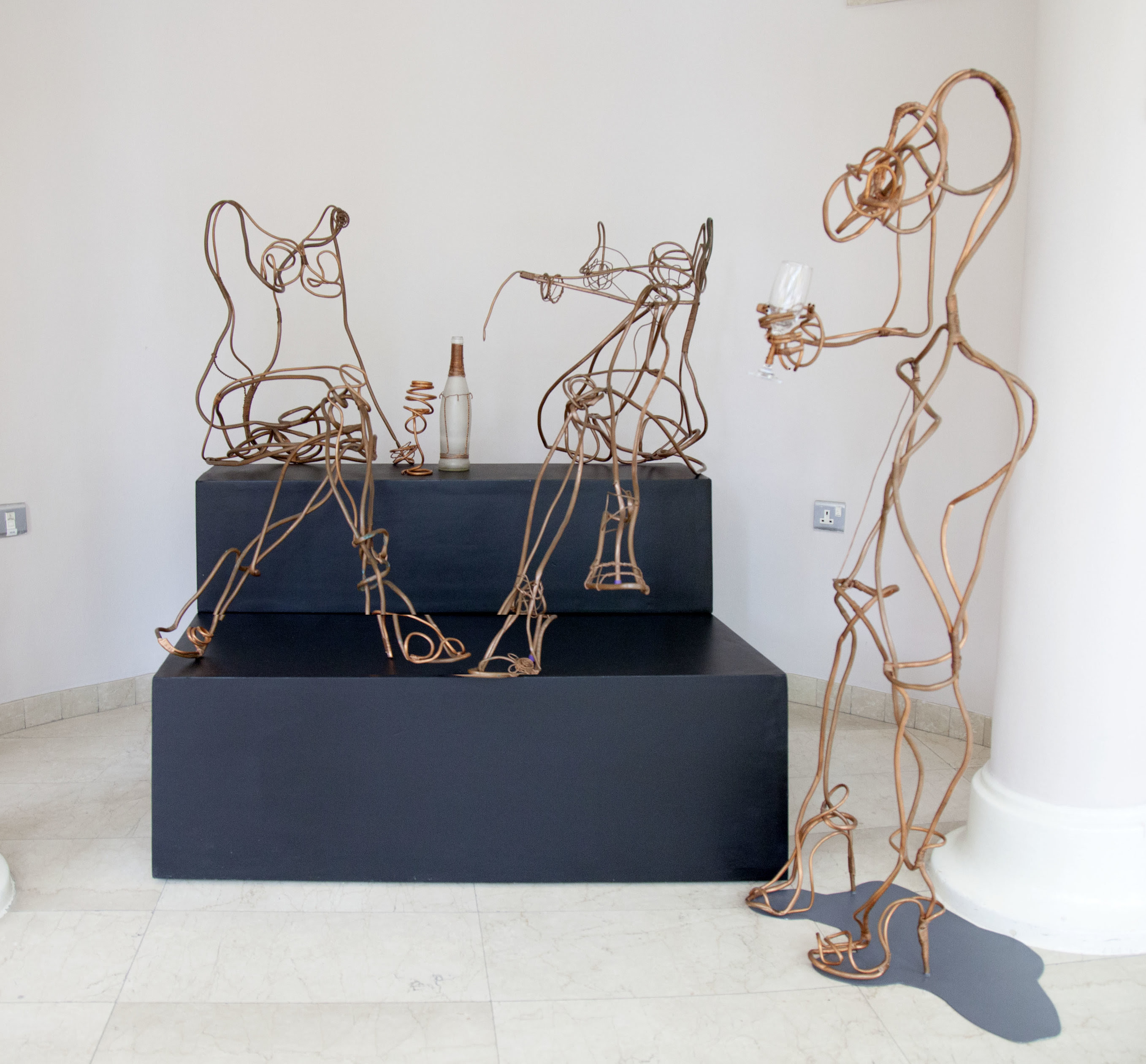 “Akpojotor explores how architecture and our environment influence our individual and collective identities”, SMO notes.  “Growing up in the megacity of Lagos, Akpojotor was fascinated by the names of streets and buildings, and started playing with the personification of abandoned buildings which harbor silent memories of forgotten people and historic events”, SMO testifies. 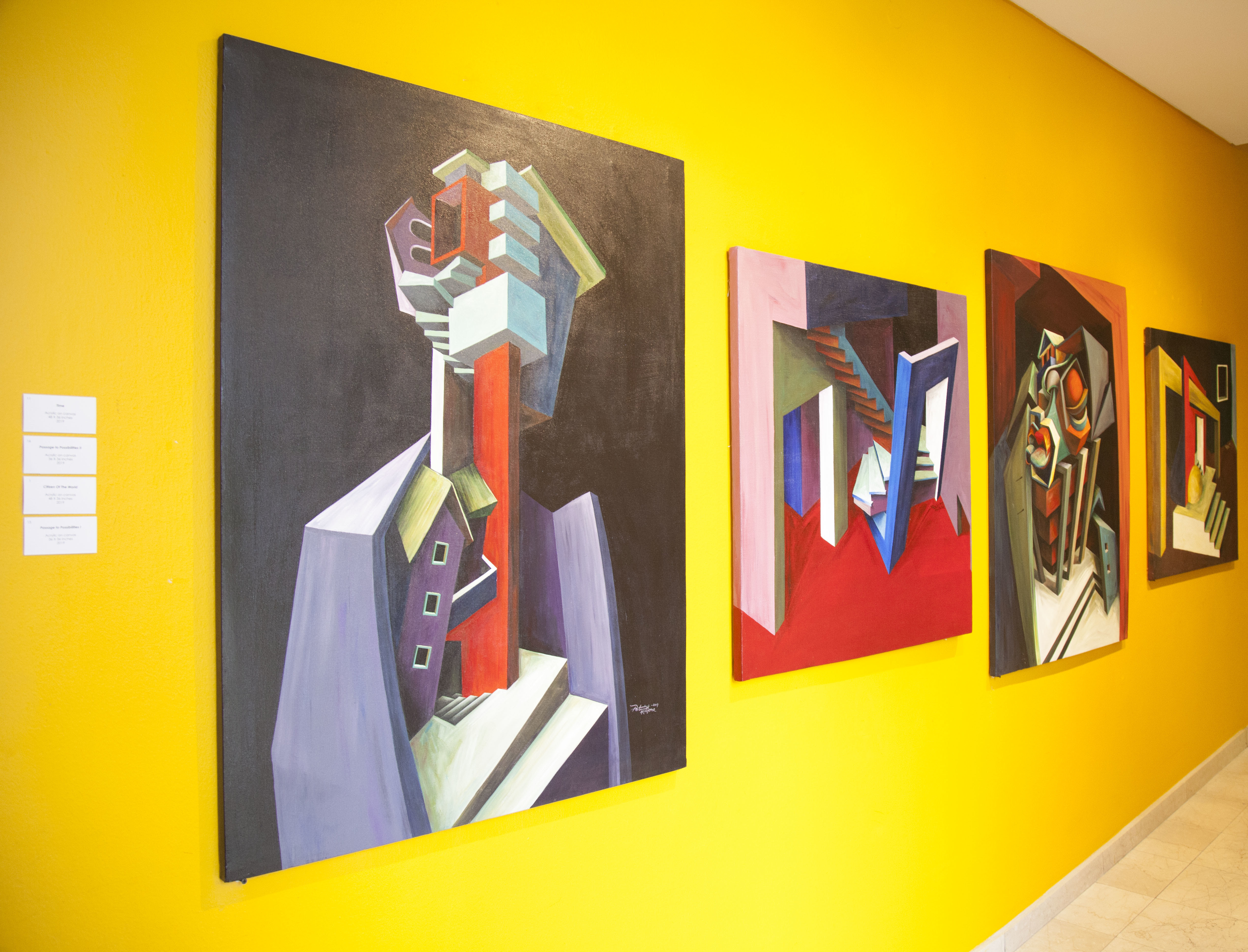 “In 2016, Akpojotor was deeply disturbed by the violent ejection of residents of the waterfront slum community of Otodo Gbame in Lekki, where thousands of people were displaced. He channeled his anger and frustration into his drawings, paintings and wood sculptures, creating buildings with human features and emotions”, the Gallery continues. 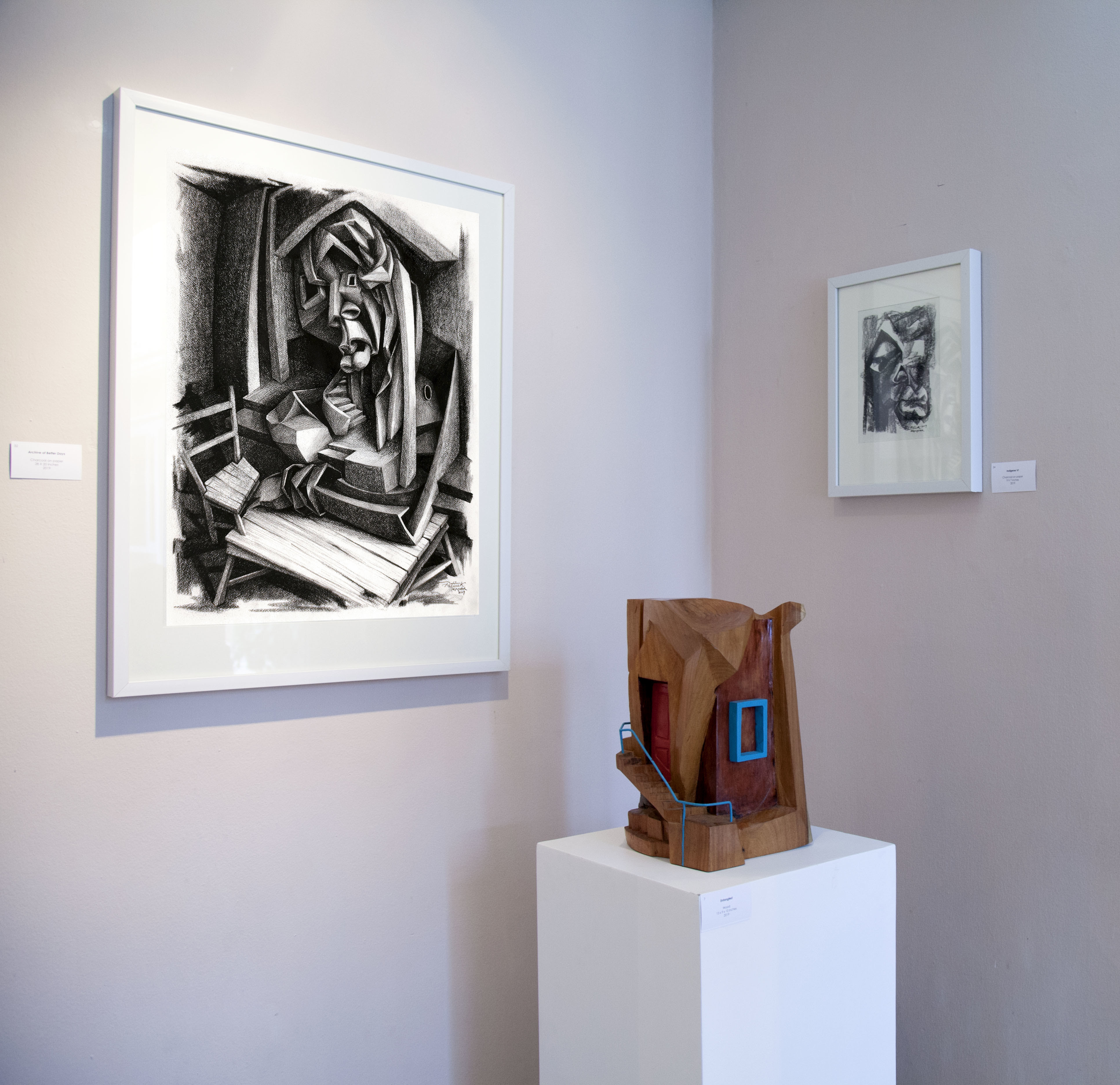 “These signature anthropomorphic structures with their cubist geometry, perspective, balance, and form, were his creative response to the realities of mega-city population pressure. His imagined structures and abstract compositions interrogate our sense of rootedness and belonging.   Later that year, Akpojotor won the first Art X Lagos Prize for emerging artists with this important body of work”. 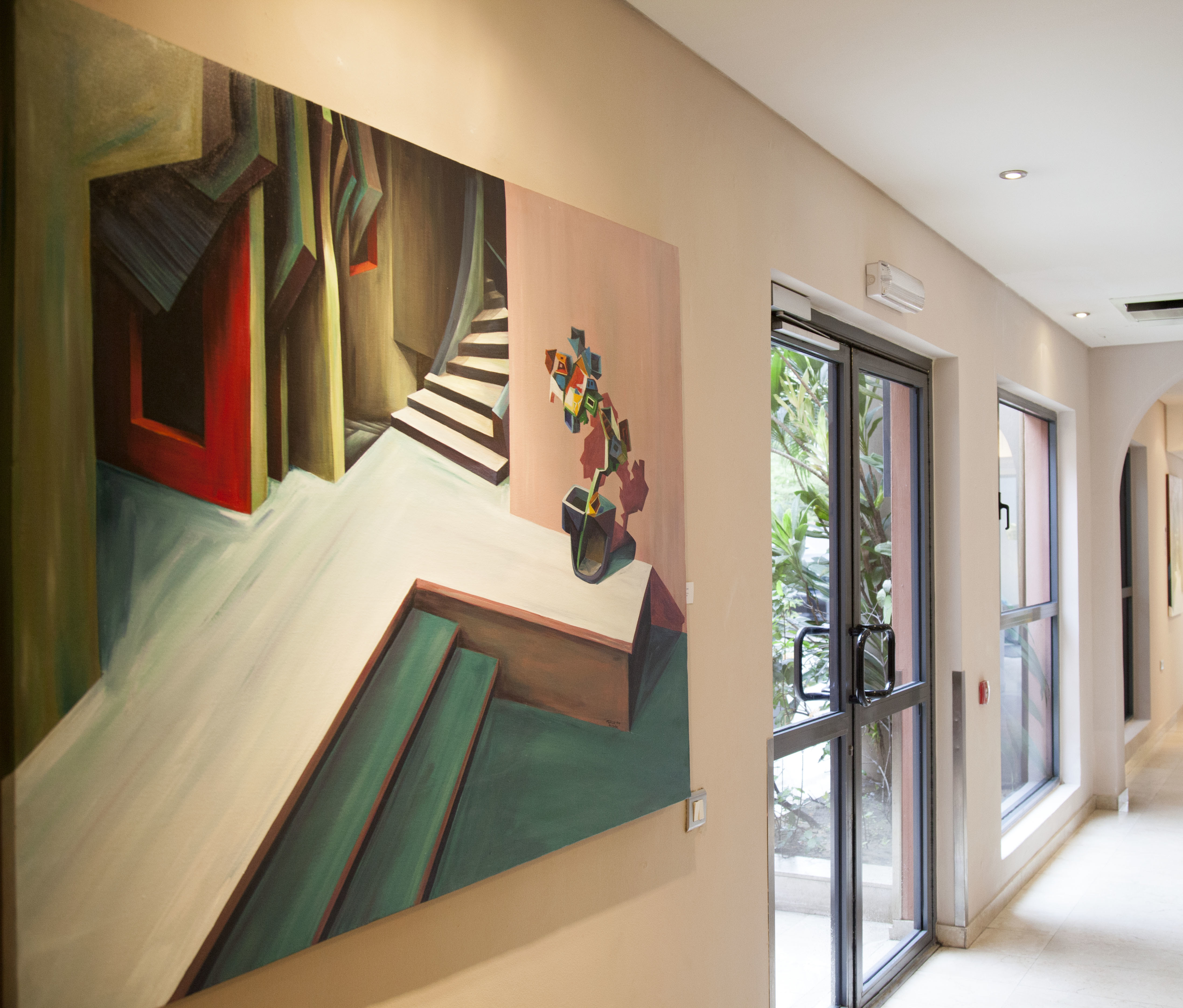 Patrick Akpojotor born (1982) in Ile-Ife, comes from Agbarha-Otor, Delta state. He studied fine art at the School of Art, Federal Polytechnic, Auchi (2008) and Lagos State Polytechnic, Ikorodu (2013), where he majored in Graphic Design. He also had his training with Dr. Bruce Onobrakpeya as a studio assistant and consultant to the Bruce Onobrakpeya Foundation (BOF) from 2003 to 2017. He has won several awards/prizes including the Olusegun Obasanjo “OFF THE BIN PROJECT”, 2013 and the first Art X prize in 2016. He has participated in several group exhibitions and has also taken part in several editions of the Harmattan Workshop as a participant in painting sessions and facilitator of the leather craft session. He has been a full time studio artist since 2017.