By the mid– 1970s, when members of the Independence generation: Nigerians born between 1958 and 1963, were in their early to mid-teens, and beginning to be acutely aware of their places in the sun, there was a programme on National Radio, run by Benson Idonije, aka BJ.

It was The Big Beats Radio Nigeria, “the programme”, as he introduced it, “that puts the music right into your mouth”.

I can sing all of Celestine Ukwu’s songs and I know every line of Rex Lawson’s pieces because of that programme. But I also discovered the Jackson Five brothers and met a lot of members of the burgeoning Soul music movement on radio.

Yet, as someone who was merely 7 years old when the civil war broke out, I would not have known that the hostilities effectively snuffed out the life of Highlife music in the country.

In those mid –70s, what was clear to us was that Nigerian music, which was very prominent on Nigerian radio, was not the favouriteat the luncheon parties we attended.

There were afro soul bands like the BLO, there was Joni Haastrup, there was Segun Bucknor, but what a 16-year-old in 1976 wanted to dance to were the Jackson 5, the Stevie Wonders, and Macfaddenand Whitehead.

The discotheque revolution was afoot.

And here’s the thing: Whereas in the 50s, and 60s, every hang out you went (today, we call them lounges), there was a live band, which sang its own songs and it was invariably highlife music; what we “met”, as teenagers in the 1970s was the DeeJay. A good dee jay was the life of the party, or the bar.

And that’s the second place in which Benson Idonije happened on my generation’s cultural consciousness.

He ran one of the first considerably successful Discotheques in the city: The Hot Spot, located on Abibu Oki Street, off Broad Street, on Lagos Island. Abibu Oki was in the daytime popular as a street filled with boutiques; it was where the booming fashion market of the Quayside, on the Marina, spilled over into. From the ages of 13 to 15, studying at Baptist Academy, I went to Hot Spot a lot.

It was the period the Beachcomber opened in Maryland near Ikeja, MOD 208 in Yaba, Club E, in Yaba. Yes, the 1973 to 1978 period.But Hot Spot was big. And BJ was the “founding” resident DJ at Hot Spot.

By the late 70s, this same Benson Idonije, who was a fixture of the Highlife movement in the 60s, who was part of the pioneering movement of the Disotheque in the early 70s, was also on the ground floor of the move to take Nigeria out of One singe Radio station.

For, Ladies and Gentlemen; up until 1976, all of Nigeria listened to only one station: Radio Nigeria. There was a Redifussion box in every home. We paid Radio Licences.

The NBC created FM stations in the late 70s and Idonije, as a star Music Presenter, was naturally one of those who established Radio 2, the first FM station, situated on Martins Street.

The 1980s ushered in Paradiso, Faze 2, Art’s Place, and other new hang outs, essentially on the mainland (The Lagos Island-Lagos Mainland dichotomy had not yet happened), but by then, we were out of Universities and looking for jobs; the first generation to miss the promises of independence.

In the late 80s, the independence generation was struggling with its challenges. The Naira had been devalued for the first time. The economy was tethering on a collapse. Benson Idonije was absent.

But at the time, he had been transferred away from studio work; he was an instructor at the NBC School.

Fast forward to 1996. The independence generation had become parents. The lucky ones among them had their careers going and a member of that generation, Jahman Anikulapo, had risen to be the Arts editor of The Guardian of Lagos, then the most important newspaper in the country. The 33-year-old trained dramatist turned newspaper editor was hungry for significant content in his arts pages. The 60-year-old Uncle Ben had retired from NBC. He had amassed so much wealth of knowledge in close to 40 years he had spent in core Broadcasting and training of broadcasters as well as street level knowledge of the Nigerian music scene.

From 1996 to 2016, the nation was thus gifted three columns every week by Benson Idonije: Evergreen(every Wednesday) , Sound and Screen (every Friday) and All That Jazz (every Sunday).

So, from when he was age 60, to when he was 80, Benson Idonijewrote these three columns every week consistently.

And now to the really big confession, the hidden reason why we are having this soiree.

As he was approaching his 80th birthday, Uncle Ben decided he had a lot of authentic tit bits on the evolution of Fela’s music and the career trajectory of Africa’s greatest musician, in his head and in his diaries.

As Fela Kuti’s first manager, he had lots of material. Why carry all that knowledge yourself?. He decided to write the book Dis Fela Sef: The Legends Untold.

More confession. Uncle Ben laboured on the book, Jahman slaved to proofread and edit it and as he would privately share, Uncle Ben was not an easy writer to edit because he always decided, at terribly short notice, to update what he had written.

But after that work, we have done very little to give the book a physical audience to engage.

What is a book without its readers?

One of the things that CORA had sworn to, in the last three years, is that we will consciously create an audience for any author that manages to publish what we consider a reasonable book.

No, we are not in the business of marketing. We will curate a session of audience-author engagement, where the work can be discussed as exhaustively as possible.

So, all our secrets are out.

But trust me, this event is not planned to be a boring afternoon.

This is a party filled with an exciting documentary, a few readings, the standard birthday celebration and live music interludes.

Thank you all for coming. I trust we will have a ride.

Excerpted from the welcome address at the 85th birthday soiree for Benson Idonije. Akinosho, publisher of Bookartville.com, is secretary general of the Committee for Relevant Art (CORA) who were co-host, with the Idonije family, of the event. 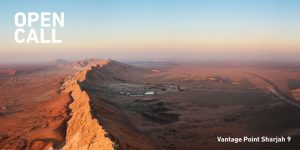 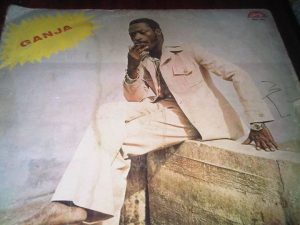 Next post Orlando Owoh: The Life of a Songbird