The opportunity for the lie came late in 1978.

It came in the package of a baby in Obiageli’s small apartment.

Obiageli had remained my constant friend, wiping the tears that flowed freely, and unceasingly after my mother passed. She encouraged me when barrenness rose like a wall of shame around me. I made her laugh when she complained about the difficulty of her marriage to Emma, the man who had a senior position in NEPA, the electricity corporation, but lived like a mason who could not find work. When Obiageli complained about his stingy ways, I would say, “Ah ah, Obiageli, nwannemnwanyi, you would not want a man who gives away his money like an aching belly gives away shit. Believe me, I live with one of those.’ 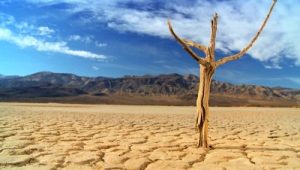 My husband’s generosity was legendary. Once he had given a man the keys of a car he had just alighted from because the man, a taxi driver, had lost his car when it was engulfed by fire and he had no money to pay hospital bills to secure the release of his wife, who had delivered by cesarean section, and his baby, both of whom were detained at the hospital until he could raise the money. At Christmas, Eugene would host a party for the Enugu branch of the Umuma Town Union. Back at the village, where we spent every Christmas, he would buy goats and cows for the people in the village, and on Christmas morning, people trooped into our compound for their portions of rice, onions, tomatoes, and the meat of freshly slaughtered goats. I often worried that he was not saving enough and reminded him that we would have lots of responsibilities throughout the year.

‘Orimili agwu agwu. The ocean never runs out of water,’ he would intone in a booming voice.

‘But he takes good care of you,’ Obiageli would retort. ‘If Emma would give me a tenth of the gold Eugene has bought you in a lifetime, I would consider myself a queen. My husband does not look after me – even worse, he does not look at me. Whether I wear rags or the most expensive george in the market, it is all the same to him.’

‘But you know you are beautiful, Oby nwannem nwanyi, I would tell her. Your beauty would make rags the fashion of the week.’ She was in no danger of wearing rags; she had a job and she was learning to hide her money from Emma. Plus, I had given her several of the georges I had bought in that first year when things were good between me and Eugene.

Obiageli would laugh, appreciatively. She was indeed beautiful. She was one of those people whose smile made you smile back automatically, her eyes lighting up her evenly brown and wrinkleless face. She liked to flirt too and had the eyes of the male teachers in her school glued to her. Even Eugene was susceptible to her charm and made sure to enquire about her health often. I had on occasion heard other people wonder what had drawn her to the short, nondescript Emma.

‘Besides,’ I would continue, ‘if money is all that Emma is stingy about, you must be a happy woman.’ At this reference to his sexual prowess, we both would laugh helplessly.

Still, my friend had the one thing a woman needed: I envied her the two boys she had borne for Emma. 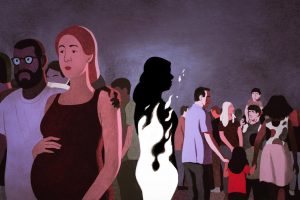 When I complained about Eugene’s lack of attention, his partying, womanizing ways, Obiageli would say that powerful men like my husband needed a few vices, but that the important thing to remember was that he always came home. She did not remind me that she had warned me before I married him. She would say in a soothing tone that, when I had children, I would not mind his occasional misbehaviour. When would that be, I would ask in despair. Soon, she would reply, confident.

But she, too, had begun to worry. When Obiageli one day told me about an Uwani woman who was said to help women in my predicament, I laughed hard.

‘Have you forgotten who I am? Imazikwa m? The daughter of the catechist?

But Obiageli was bent on a course. ‘I am telling you. She is good. I have heard lots of good things about her. Very effective.’

‘I want a baby, Obiageli. But not enough to see a dibia. I am Çatholic.’

I sighed. She smiled.

We got into my Peugeot and drove to Uwani to see Eze Nwanyi.

Number 8 Chiene Street was a block of several flats. We stood outside, wondering which was Eze Nwanyi’s. Obiageli knocked on the first door.

A young boy, not more than eleven and still in his school uniform, opened the door and greeted us politely. ‘Good afternoon, Mas.’

‘Good afternoon,’ Obiageli responded. ‘We want to see Eze Nwanyi. Do you know which is her flat?’ 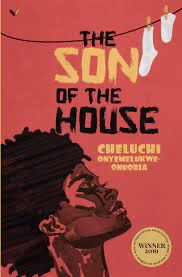 Excerpted from Cheluchi Onyemelukwe-Onuobia’s The Son of The House, one of the 11 novels shortlisted for the Nigerian Prize for Literature 2021.

Surprise
0 0 %
Previous post Live Music Performances at Lagos Lounges, This Weekend and the Next 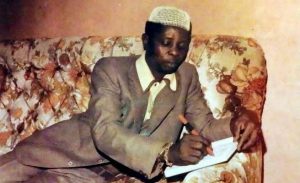 Next post Ayinla’s Life Was a Major Musical Episode, Terminated by Anger