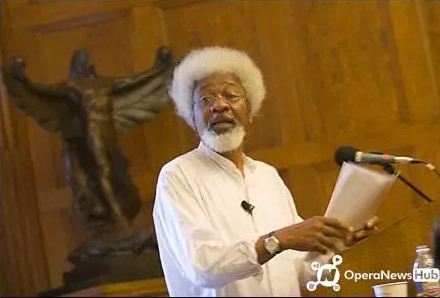 It’s roughly two weeks to Wole Soyinka’s birthday and I have a secret to share.

The month of July has been, for several years now, the Soyinka Season of Drama, as theatre directors jostle to stage a Soyinka play in one venue or the other.

The virus in town has not stopped producers from planning events for 2020.

it is remarkable that Claude Simon’s first novel bears the very unfunny title, The Cheat.

The Wole Soyinka International Cultural Exchange has laid out a three- day feast.

So, let me dish the…

Wole Soyinka threw a party for my 1982 class on graduation, declaring us the most challenging students he had ever taught. Of course everybody knows that praise from Soyinka does not come easy. His word is his sword!

This does not at any rate qualify me as an exemplary student. Back then at the University of Ife, I was with my Dramatic Arts classmates in Soyinka’s house for practical lessons on television production based on Edith Uche Enem’s play. I did not care a kobo about the lesson. I told Soyinka’s steward, the Ghanaian lad Francis, to get me a cool Star lager beer from the refrigerator. I was nursing my beer gloriously while Soyinka taught my classmates. Then he saw me drinking the beer. He didn’t get mad at me. He asked why I was drinking beer while my fellow students were learning and I promptly told him: “Prof, sir, that’s how I get my inspiration.” Soyinka just cast a fatherly benign look at me in the manner of “some fathers do have them” and continued with his teaching.
After my degree exams, I was totally out of cash. I needed money badly, and I ran to Soyinka in his office. I told him I had no money to go home. He gave me all the money he had. In a show of bravado, I told him I would pay him back his money when I came for convocation. Soyinka had a healthy laugh and said: “How am I sure you will not run through the money and come back with another sob story?”
The truth of course is that I only came to Ife because Soyinka was there. I did not care for university education. I came to Ife in 1978, with Soyinka as my Head of Department. Then there was Okot p’Bitek, the inimitable Ugandan poet of Song of Lawino fame, in the literature department. Soyinka was always travelling all over the world while Okot was an ever-present company. Soyinka’s Ghanaian boy Francis was of course around to attend to my needs in Soyinka’s gods-festooned home. Soyinka’s sister, Folabo Ajayi, was also around, always wondering at my age on account of my multiform high jinks whilst we were rehearsing Akinwunmi Isola’s play Madam Tinubu, directed by Femi Euba, which we took on tour to Ibadan and Lagos.
Our first experience of Soyinka as a teacher was, yes, very dramatic. He was to teach us Shakespeare’s King Lear. We had all come from secondary schools where Shakespeare was read line-by-line and explained by the class teacher. In Soyinka’s case, we were all seated in the Pit Theatre at Ife when he casually strolled in. He distributed sheets of cyclostyled paper in which a speech taken out of King Lear was printed. Soyinka asked us to pick out the unnatural word in the speech. None of us could understand this kind of teaching. He then said we ought to have still been in high school. The West Indian lady, Dr Carroll Dawes, had to come to our rescue by teaching us King Lear, line after line, at Oduduwa Hall for weeks and months on end.

In the course of our Ife studies, we had to read up all the plays of Bertolt Brecht as our Special Author. We found to our chagrin that Brecht was a rival of Shakespeare in the large number of plays written. My classmates and I had to confront Soyinka with the charge that he was making us read for a Ph.D when we only applied to earn a bachelor’s degree! Soyinka asked us to arrest Dr Yemi Ogunbiyi as the culprit who gave us more books to read than doctoral candidates.
Soyinka took us on a course in Humanism. It was class war all the way because most of us in the class were Marxists. We asked Soyinka to join us in the bush of guerrilla struggle instead of being an arm-chair humanist! He was never angry with our youthful ebullition, only advising us that we would get to understand society further as we grew in life. Interestingly, the very next year, Soyinka asked a Polish lady who barely spoke English to take us in the course of Aesthetics in his place! We were thus denied of arguing with the lady as we argued with Soyinka.

His intervention on road safety happened before our very eyes whilst at Ife. He had no stomach whatsoever for dangerous driving that killed many along the notorious Ife-Ibadan road. He would bring his friend Femi Johnson’s jeeps into the campus and we were even quite used to Bola Ige’s vehicles as the then Governor of Oyo State. For Soyinka, a vehicle was just a vehicle.
After leaving school, I tried my hands at peasant theatre. I sent the play I wrote, A Play of Ghosts, to Soyinka and it was only much later that I got to know that he forwarded the play to the American director, Chuck Mike, for production. Soyinka does all these favours without asking for any attention whatsoever.
When I ran into Soyinka at poet Odia Ofeimun’s birthday party he wondered aloud where I had been all these years. I replied him that I had all along been in Nigeria “doing a great battle with Nigerian poverty”. At the time his memoirs You Must Set Forth At Dawn was published, I learnt from the novelist Okey Ndibe that Soyinka was to do a reading for an organization run by white ladies in the heart of Victoria Island, Lagos. When Okey and I got to the venue Soyinka asked me to select the passage that he would read. I told him I did not have a copy of the book ready to hand. He off-handedly told me that his publisher, Bankole Olayebi, was my friend in which case I would not have much trouble getting a free copy!
Of course I am very proud of my teacher, the very first black man to win the coveted Nobel Prize in Literature in 1986. Back in time, my crystal ball did not hide anything when it revealed to me that Soyinka would win the Nobel, a first for Africa, in the year 1985. I told not a few friends that the Nobel was definitely coming that year, and it was such a shocker when the prize went instead to the obscure French novelist Claude Simon. Well, it is remarkable that Claude Simon’s first novel bears the very unfunny title, The Cheat.

There was no denying Soyinka the very next year, 1986, when the Nobel Prize for Literature landed in our shores. Soyinka had just made the flight from Cornell University, New York where he was then teaching, to the International Theatre Institute (ITI) in Paris to attend the executive meeting of the world body which he headed. His plan was to spend quiet time at the apartment of his cousin Yemi Lijadu. He found his cousin giddy with joy: “The news just broke that Nigerian playwright Wole Soyinka had won the 1986 Nobel Prize for Literature, thus becoming the first African to win the coveted award.”
For reasons no one can really explain, the name “Kongi” has stuck with Soyinka amongst his students and colleagues even though the character in question in the eponymous play is highly detestable. Behind Soyinka’s back, some of us call him “Langage”, pronounced as “Longage”, taken from his Inaugural Lecture at Ife entitled The Critic And Society: Barthes, Leftocracy And Other Mythologies.
Soyinka’s collection of poetry, Samarkand and Other Markets I have Known, was launched in 2002 at the National Theatre under a tree that is now known as the Samarkand Tree. Soyinka autographed my copy of the book right under that famous tree. The long poem “Elegy for a Nation” dedicated to Chinua Achebe at Seventy is quite striking. Soyinka had wanted to read the poem at “An Evening With WS” sponsored by Globacom, but there was too much noise at the Golden Gate, Ikoyi venue such that it did not provide the right mood for the Nobel Laureate to pay homage to his great compatriot. It was at that event that I asked Soyinka the question: “Why are you not a born-again Christian?” He duly replied thusly: “I have my own religion; thank you!”              It is a matter of great joy that Soyinka still continues in the onerous task of supporting younger writers like the irrepressible Onyeka Nwelue. I treasure on my bookshelf a hardback copy of The Second Genesis: An Anthology Of Contemporary World Poetry which features some of my poems alongside those of my teacher Soyinka and my dear compatriots Ikeogu Oke and Obari Gomba. The book which features poets of 60 countries from Albania to the United States is indeed a heavy feast of comparative humanity, a cause to which Soyinka has dedicated his venerated life.
Soyinka is at heart a jovial soul. From teaching the art of wine to a young Italian girl to setting a trap for wine-stealers in his then Ife home, Soyinka is the master of his universe. Humour is never lacking in his forte. For instance, an Igbo classmate of mine with a thick Igbo accent asked Soyinka a question in class only for Soyinka to reply: “Are you an Ibadan man?”

At Freedom Park, Lagos, during the 60th birthday celebration of Kunle Ajibade, the journalist “jailed for life” by General Sani Abacha, Soyinka’s kind and personable wife, Folake Wole-Soyinka, provided two thousand naira for the Nobel Laureate to give to Adunni and her Nefertiti dancers only for WS to sharply nick one thousand naira into his own pocket and give the musicians the remaining one thousand naira!

It beggars belief that Soyinka made it to the heavy age of 86 after a life of multiform dangers: an unknown gunman invading the broadcasting house to replace the premier’s tape, going to Biafra in a season of anomie, enduring imprisonment and solitary confinement, bearing the wounds of exile, daring Abacha etc. In short, way beyond the claims of the evangelical churches, the only miracle I see is Wole Soyinka’s life. 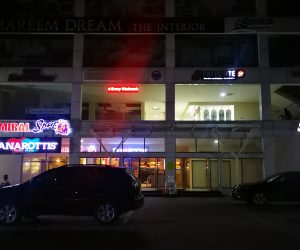 Previous post Clubland on a Friday Evening in COVID Season 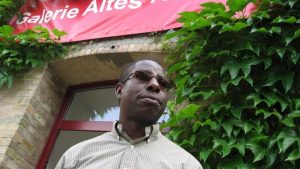