Afterward, when the world was exploding around him, he felt annoyed with himself for having forgotten the name of the BBC reporter who told him that his old life was over and a new, darker existence was about to begin. She called him at home, on his private line, without explaining how she got the number. “How does it feel,” she asked him, “to know that you have just been sentenced to death by Ayatollah Khomeini?” It was a sunny Tuesday in London, but the question shut out the light. This is what he said, without really knowing what he was saying: “It doesn’t feel good.” This is what he thought: I’m a dead man. He wondered how many days he had left, and guessed that the answer was probably a single-digit number. He hung up the telephone and ran down the stairs from his workroom, at the top of the narrow Islington row house where he lived. The living-room windows had wooden shutters and, absurdly, he closed and barred them. Then he locked the front door.

It was Valentine’s Day, but he hadn’t been getting along with his wife, the American novelist Marianne Wiggins. Five days earlier, she had told him that she was unhappy in the marriage, that she “didn’t feel good around him anymore.” Although they had been married for only a year, he, too, already knew that it had been a mistake. Now she was staring at him as he moved nervously around the house, drawing curtains, checking window bolts, his body galvanized by the news, as if an electric current were passing through it, and he had to explain to her what was happening. She reacted well and began to discuss what they should do. She used the word “we.” That was courageous.

A car arrived at the house, sent by CBS Television. He had an appointment at the American network’s studios, in Bowater House, Knightsbridge, to appear live, by satellite link, on its morning show. “I should go,” he said. “It’s live television. I can’t just not show up.”

Later that morning, a memorial service for his friend Bruce Chatwin, who had died of aids, was to be held at the Greek Orthodox church on Moscow Road, in Bayswater. “What about the memorial?” his wife asked. He didn’t have an answer for her. He unlocked the front door, went outside, got into the car, and was driven away. Although he did not know it then—so the moment of leaving his home did not feel unusually freighted with meaning—he would not return to that house, at 41 St. Peter’s Street, which had been his home for half a decade, until three years later, by which time it would no longer be his.

At the CBS offices, he was the big story of the day. People in the newsroom and on various monitors were already using the word that would soon be hung around his neck like a millstone. “Fatwa.”

I inform the proud Muslim people of the world that the author of the “Satanic Verses” book, which is against Islam, the Prophet and the Koran, and all those involved in its publication who were aware of its content, are sentenced to death. I ask all the Muslims to execute them wherever they find them.

Somebody gave him a printout of the text as he was escorted to the studio for his interview. His old self wanted to argue with the word “sentenced.” This was not a sentence handed down by any court that he recognized, or that had any jurisdiction over him. But he also knew that his old self’s habits were of no use anymore. He was a new self now. He was the person in the eye of the storm, no longer the Salman his friends knew but the Rushdie who was the author of “Satanic Verses,” a title that had been subtly distorted by the omission of the initial “The.” “The Satanic Verses” was a novel. “Satanic Verses” were verses that were satanic, and he was their satanic author. How easy it was to erase a man’s past and to construct a new version of him, an overwhelming version, against which it seemed impossible to fight.

He looked at the journalists looking at him and he wondered if this was how people looked at men being taken to the gallows or the electric chair. One foreign correspondent came over to him to be friendly. He asked this man what he should make of Khomeini’s pronouncement. Was it just a rhetorical flourish, or something genuinely dangerous? “Oh, don’t worry too much,” the journalist said. “Khomeini sentences the President of the United States to death every Friday afternoon.”

Excerpt from a New Yorker article of September 10, 2012. The full article here. 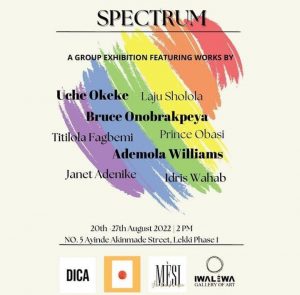 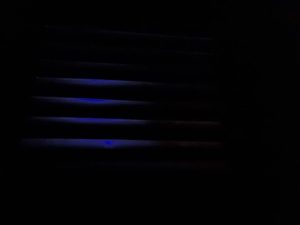