“The third set of small glyph sculptures, called Cursive, started out as thinking about the fluid motion of the wrist when doing cursive handwriting. And trying to see, can one find a way of putting that into the solid, three-dimensional world of sculpture?

This idea of working on a sculpture which was an abstract series of turns and curls and swirls took something also from the gestural marks of the Abstract Expressionists and how lines would follow the natural arc and rhythm of the arm.

I have recently been making a series of episodic films, with ‘provisional coherence’ being the episode shot whilst working on these sculptures – talking about incoherence in the world, which for me were these swirling lines.”
–    William Kentridge, Johannesburg, November 2021

William Kentridge’s glyphs are a visual dictionary of sorts made up of a series of sculptures that form a vocabulary of symbols, representing a collection of everyday objects, suggested words, or icons that reoccur throughout the artist’s practice.

The glyphs started as ink drawings and paper cut-outs, each transformed into bronzes, to embody the weight and character their shapes on paper suggested. In their smaller form, they can be arranged in order to construct sculptural sentences, and rearranged to deny meaning. In late 2017 and early 2018, Kentridge chose a selection of glyphs from the small-scale Lexicon set and made larger-scale versions, each close to a metre in height.

This exhibition collates six such key sculptures from Kentridge’s first two glyph sets, Lexicon and Paragraph II.  These are shown alongside six new bronzes premised on forms from his his Wozzeck drawings and most recent glyph set, Cursive. 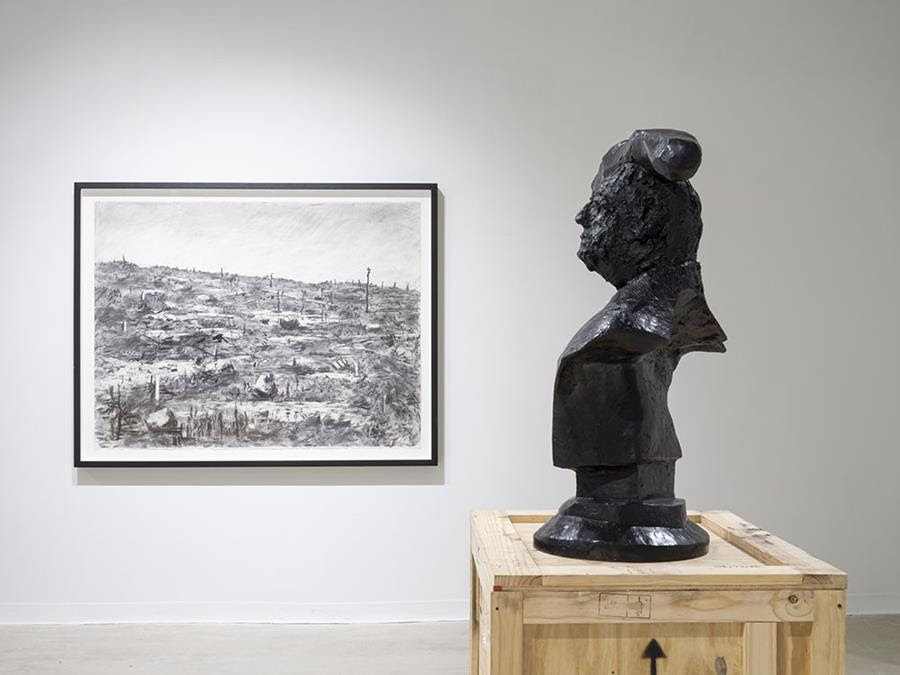 Goodman Gallery is pleased to present Glyphs as part of its presence this year at Paradise Plaza in the Miami Design District alongside Galerie Lelong & Co. and Mitchell-Innes & Nash.

The gallery is also pleased to announce the appointment of Roger Tatley, who has joined the team in a new, senior role as head of institutional development. Raised in Southern Africa, Tatley has over 25 years of experience in museums, publications and galleries. Tatley will be joined on the ground by fellow senior director Denis Gardarin, and associate directors Justin Davy and Anthony Dawson. 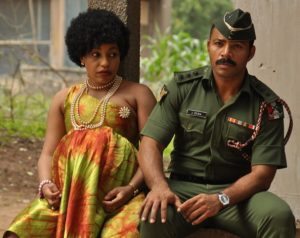