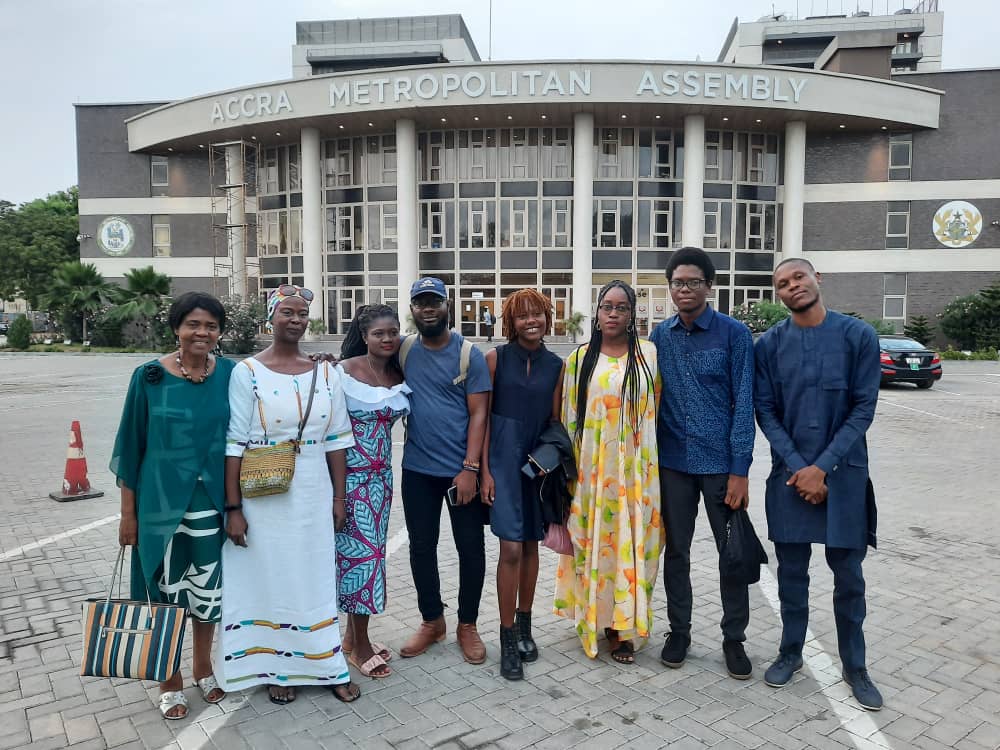 African Literature Association (ALA)’s announcement of Akachi Adimora- Ezeigbo, as the 2022 winner of the Fonlon-Nichols Award for Excellence in Creative Writing, places the author in a very distinguished club of giants of African literature.

Ezeigbo takes the prestigious prize for her “career-long work, cherishing and contributing to both African literature and the freedom of Expression”, according to a May 21, 2022 tweet by the Journal of African Literature, the same day as the announcement.

The Fonlon-Nichols has been awarded since 1992 to an African writer for excellence in creative writing and contributions to the struggle for human rights and freedom of expression. It comes with a $1,000 cash prize.

Professor Ezeigbo had been signaling for a while that she was a natural member of this elite league of Fonlon-Nichols winners, named after Bernard Fonlon, and Lee Nichols. Fonlon was a teacher, writer, editor of literary journals, and head of the African Literature Department at the University of Yaoundé, who passionately defended human rights in an often oppressive political atmosphere. Nichols is a journalist whose positions in support of human rights and against racism are especially known among scholars of African literature for his historic Voice of America reports on the development of African literatures from the sixties to the present.

EZEIGBO HAS COME A LONG WAY since the Christmas of 1975, when she won the second place in a Christmas story competition organized by the Nigerian Broadcasting Corporation (NBC).

Last year (2021) she assumed duties as the chairperson of the Advisory Board of the 18-year-old Nigeria Prize for Literature (NPL), succeeding Ayo Banjo, a University of Ibadan’s emeritus professor of English who had served as chairman since the inception of the Prize in 2004. 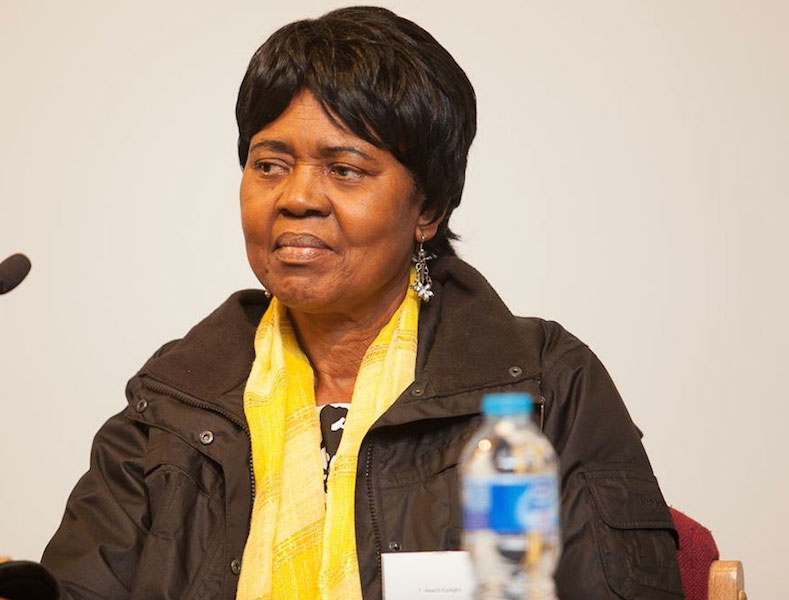 Although she has been in academics for 45 years, her literary breakthrough came 21 years ago, with the release of her second published novel House of Symbols, launched in 2001, which won two important prizes in that year: The Association of Nigerian Authors (ANA) Spectrum Prize for Fiction and the Zulu Sofola Prize for Women Writing. The novel also made Ezeigbo the first winner of ANA/NDDC Flora Nwapa Prize for Women Writing in 2003 and did two things for her in 2004; it received (along with two other books) a cheque for $5,000 as consolation prize for competing in the NLNG sponsored Nigeria Prize for Literature, which nobody won in that year. Then again, House of Symbols was selected as one of 25 Best Books written over the past 25 years (1978-2003) by Spectrum Books, Ibadan. In that year of achievements. Adimora-Ezeigbo was a recipient of the “Women Glass Ceiling Crashers Award” (awarded by Women Writers Association of Nigeria – WRITA).

Other literary awards followed in rapid succession. Children of the Eagle, another novel, placed second in the contest for the Pat Utomi Literature Prize in 2005, the same year that Snake Child and Star Baby was runner-up for the ANA/Atiku Abubakar Prize for Children’s Literature. Ezeigbo proceeded to the University of London as a Research fellow after these winnings, only to return to clinch the biggest of all. Her joint winning (with the literary matriarch Mabel Segun) of the 2007 edition of the Nigeria Prize for Literature with her children’s novel entitled My Cousin Sammy solidified the author’s place as a notable Children book writer. Story writing for children is a craft that is not always properly highlighted by the establishment, whether the literati itself or the mainstream. But how could anyone talk about literacy if kids don’t have books, sourced from their own environment, to read?A year after the NPL award, Ezeigbo won the 2008 ANA/Atiku Abubakar Children’s Literature Prize with Fire from the Holy Mountain. 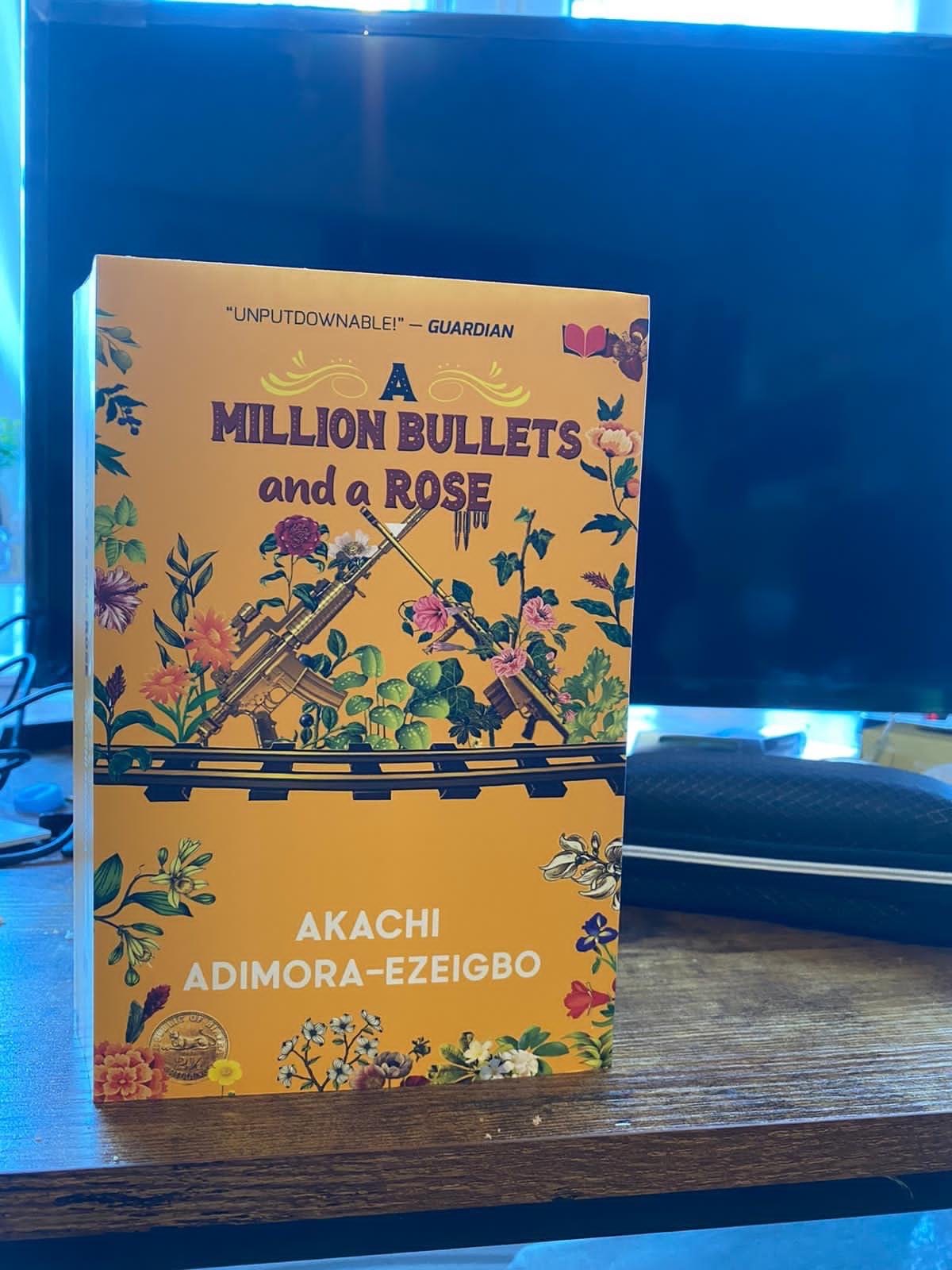 She was back to the literary contest arena in 2009 to pick up the ANA/Cadbury Poetry Prize with the collection Heart Songs. While she was receiving that award, she was being announced as the first runner up to the ANA/NDDC Flora Nwapa Prize for Women Writing for her novel Trafficked.

In 2010, Ezeigbo received an ‘Outstanding Contribution Award’ from the Rivers State of Nigeria, in recognition of what the state Governor described as “ the vivid colours she has added to Nigerian Literature”.

Meanwhile, back in Lagos, Students of the English Department of the University of Lagos, shared the same sentiments as the Rivers State government. They nominated her the ‘Most Admired Lecturer’. 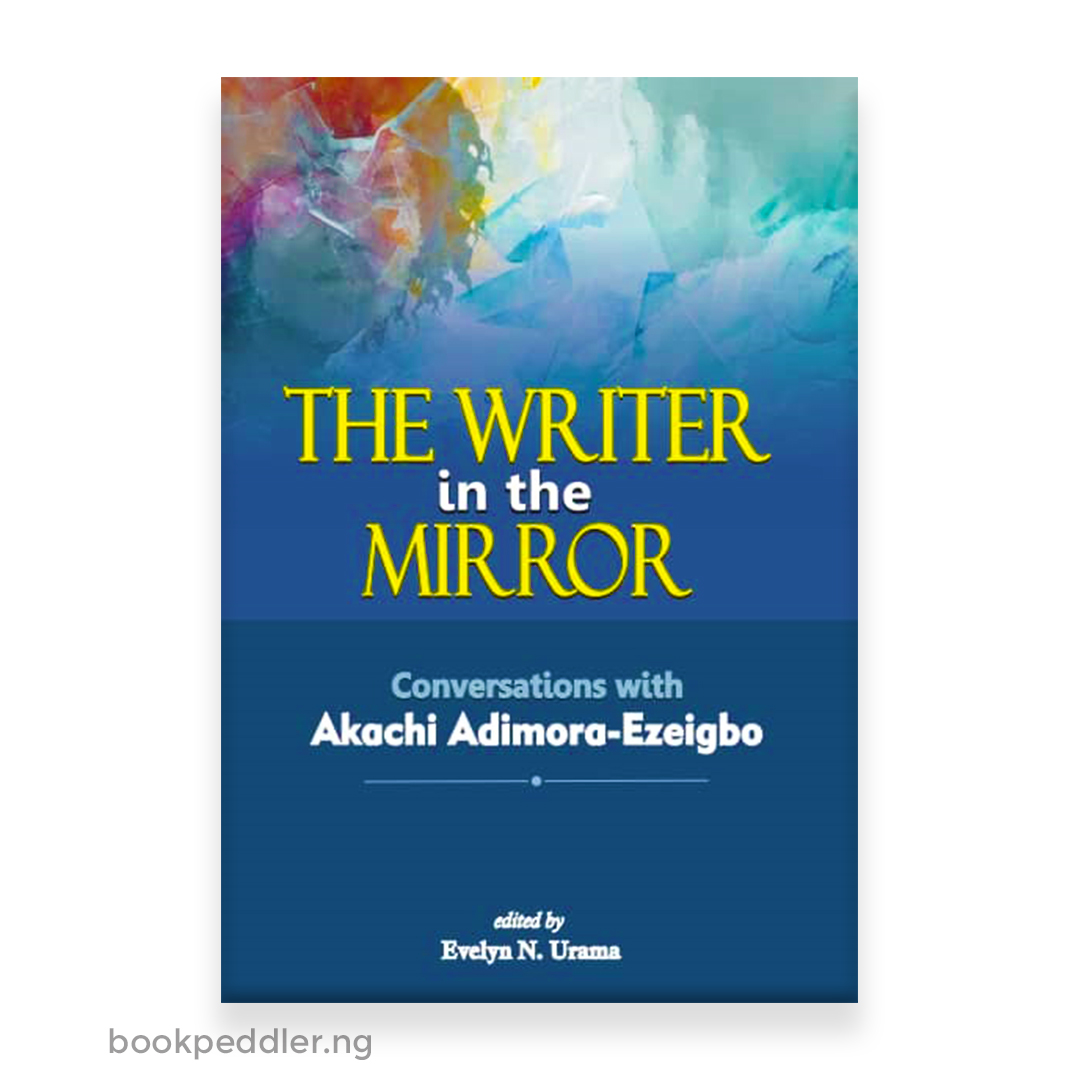 Akachi Adimora Ezeigbo’s civil war novel, Roses and Bullets, made it to the first runner up stage in the 2011 edition of the ANA/NDDC Ken Saro-Wiwa Prize for Prose Fiction. A year after, the book was runner-up (one of first three books) for the Wole Soyinka Prize for Literature in Africa, a keenly contested prize for which 402 books were submitted, from 26 African countries. It was in the same 2012 that she became a fellow of the Nigerian Academy of   Letters (FNAL).

More students’ groups lauded her. The Faculty of Arts Students Association t the University of Lagos, gave her an award “for immense contribution to the intellectual development of Nigerian students”. The English Students’ Associatition of the Redeemer’s University (ESARUN), recognized her Outstanding Contribution to the Academic Development of Students and the Society as a whole”.

Considering that Ezeigbo was in academia, teaching and researching, (and actually winning awards from students), her yearly release of book after books and compulsive entries for literary contests  make her come across as quite competitive. The 10 years between 2001 and 2011 were definitely those of a flowering for her literary output.

Ezeigbo’s poetry has been published in over 15 anthologies and her short stories published in tens of collections.

It’s difficult to ignore what seems to be a discernible relationship between her labour for academic excellence and her literary output.

Ezeigbo began her literature teaching career at the University of Lagos as a Graduate assistant in 1977, two years after her accomplishment in the NBC Christmas short story competition. She became a full professor in 1999. As noted earlier, her mainstreaming into the national consciousness as a producer of literary product essentially began in 2001, two years after she became a professor. That’s quite telling. 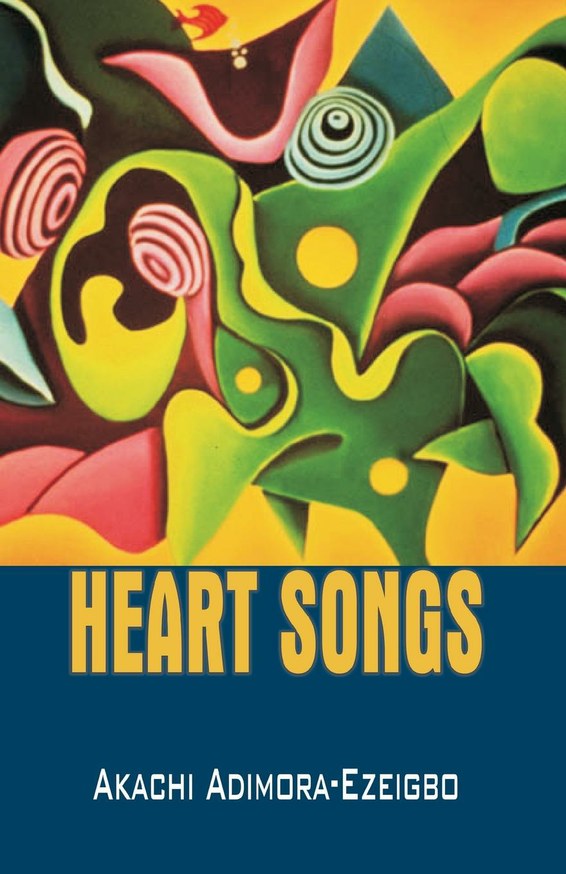 Indeed, the publication of House of Symbols was prefaced by three trips abroad; as a British Council Fellow at the University of Cambridge, UK, in 1998; a Special Guest of the Centre for African Studies, University of Edinburgh, Scotland, at a Literary Retreat at the Burn in Scotland in 1998 and as a research fellow at the University of Natal, Pietermaritzburg, South Africa from 1st August 1999 to 31st July, 2000 in the English Studies Department in the School of Language, Culture and Communication

On her return from the third trip, Ezeigbo’s novel, House of Symbols won the ANA/Spectrum prize for prose fiction.

Before this ramp up of her literary career, Ezeigbo had delivered a number of academic publications, mostly in criticism. She published Fact and Fiction in the Literature of the Nigerian Civil War In 1991(Unity Publishing and Research Company Limited). In the same year, she released Gender issues in Nigeria (Vista Books) and  co-edited with Liz Gunner The Literatures of War, Special Issue of African Languages and Cultures, (SOAS, University of London, Vol. 4, No. 1, 102pp). In 1996, she published             Gender Issues in Nigeria: A Feminine Perspective (Vista Books, Lagos 138pp) and followed up with A Companion to the Novel. (Vista Books, 131pp). in 1998,

AMONG EZEIGBO’S LITERARY CREATIONS THAT HAVEN’T MADE IT TO NATIONAL CONSCIOUSNESS are the children’s fiction The Buried Treasure, published in 1992 by Junior African Writers Series (JAWS), Oxford: Heinemann, 30pp; Rhythms of Life: Stories of Modern Nigeria(Short Stories, London: Karnak House, 143pp, 1992); The Prize, another work of children’s fiction, published 1994 by Junior African Writers Series (JAWS), Oxford: Heinemann, 30pp; Echoes in the Mind, a collection of short stories (208pp), published in 1996 by Lagos Foundation and African Cultural Institute in 2004;  Rituals and Departures, short stories (148pp), published by Karnak House, London in 1996 and a novel titled The Last of the Strong Ones (157pp), released by Vista Books in 1996 and Lantern Books, Literamed Publications (2006), 215pp.

Ezeigbo took a break from criticism in 2012 and returned in 2021 to publish Women and Leadership in Igboland. Omoku, Ime Chi and  Omugwo Institutions. (Monograph) Purple Shelves,. 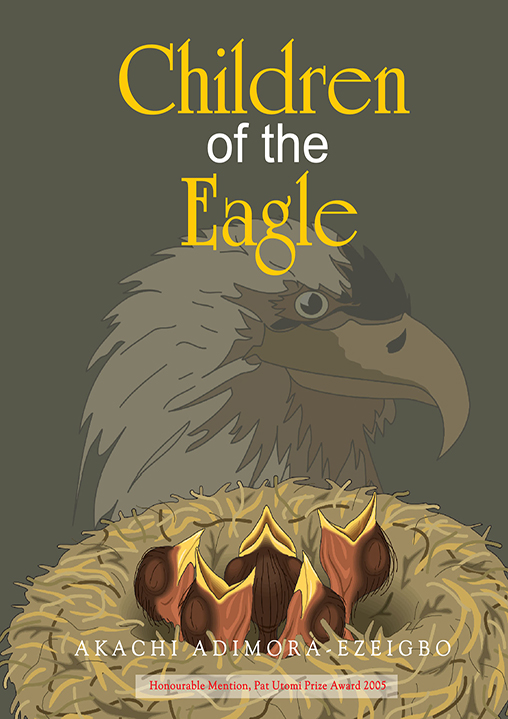 But her creative writing work has been unbroken, especially now that, she is semi-retired from full academic pursuit. She co-edited and contributed to the 2020 Anthology Resident Alien & Other Stories. Uzoamaka Azodo and Akachi Adimora-Ezeigbo (eds).Goldline & Jacobs, USA, 2020, 180pp. She has delivered three literary works in 2022 alone, including the novel A Million Bullets and a Rose. London: Abibiman Publishing, UK. 2022, 568pp; a collection of poems, Broken Bodies, Damaged Souls & Other Poems, Purple Shelves Limited, 2022, 170pp and a collection of short stories: Do Not Burn my Bones & Other Stories. Lagos: Purple Shelves Limited, 2022, 235pp.

All of which means that an award as significant as The Fonlon Nichols cannot be enough to make this passionate story teller take a break from spinning the yarn.

Chimeka is editor and publisher of the book firm Purple Shelves, is a recipient of the 2021 olden Diversity Fellowship, a collaboration of ACES and the Dow Jones News Fund. 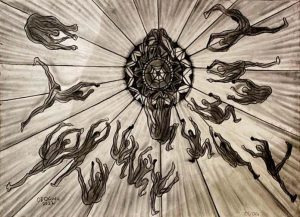 Previous post Ogiugo said: “Osaghae Liked to Draw”, so the Tribute to him is Drawing

Next post Silent Disco at Fluxo; Afowoslide at the Alliance; Art For Wellness in Lekki; Irie Vibes Goes to Ilashe; Open Mic @ Bogobiri; Agbaje Ties Us Up With Pipes…