They Called Me A ‘Cracked Reporter’ 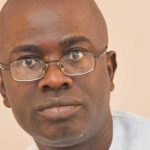 I moved to Lagos after my Youth Service in Zungeru, Niger State, in 1990.

Having picked interest in journalism right from the University of Ife, I went straight to Mr. Segun Babatope, who happens to be a friend of my guardian. He was then the Chairman of the editorial board of Concord Newspapers.

Mr. Babatope gave me a note to Mr. Mike Awoyinfa, the editor of Weekend Concord. After reading the note, and without even looking at me, Awoyinfa said, “Go out and find me the jokes of John Chukwu.” I remember the late showbiz impresario had just died and it was big news at the time. But I was dazed by this request. ‘The jokes of John Chukwu. How can that be journalism?’ Well, I had some copies of ‘Readers Digest’ magazine that contained a lot of jokes at the time. I adapted some of them and submitted to Awoyinfa, since he wanted jokes. It took him only a few seconds to throw the script away. That was how my journalism career at Weekend Concord ended before it even started!

A soldier ran after me and said his boss wanted me back. When I got back to his office, he confirmed the story to me in confidence because, as he said, nobody would speak on record on the matter.

I went back to Mr. Babatope to inform him that the Weekend Concord thing was not going to work. He then gave me another note, this time to Mr Eluem Emeka Izeze, then editor of The Guardian on Sunday. After Mr Izeze had read the note, he asked, “Do you know how to sub stories?” I replied immediately: “No Sir, but I can learn.” He looked at me for a few moments and then called in Mr. Ifeanyi Mbanefo, the sub editor for The Guardian on Sunday. “Since you have been harassing me on your leave, teach this guy how to sub stories so you can take your leave.”

That was how I started learning how to sub stories and that took about a week. By then I had familiarised myself with Mr. Izeze and the News Editor, Mr. Banji Adisa and both took a liking for me. I was young, ambitious and very willing to learn. By December, I had my first story published. It was about Lagosians who never spend their Christmas anywhere but their villages. With that story, I felt on top of the world. By the time Mr. Mbanefo came back, I had to join the reportorial desk. Laolu Akande, currently the spokesman to Vice President Yemi Osinbajo, resumed as a corps member at about the same time.

Something interesting happened during the period. Jackson Akpasubi, the best reporter on the Sunday desk, had been offered a far more financially rewarding job at Sunday Concord and he had told Mr Izeze that he was leaving. On arriving office that day, I met Mr. Izeze, Mr. Adisa and Mr. Mbanefo discussing the issue of how they would replace their ‘crack reporter’. In a rather brash manner, I said, “I am the crack reporter you are looking for.” And the three of them burst into laughter. Mr. Mbanefo said, “You are a cracked reporter” and from that day, that was the name he started calling me: Cracked reporter!

However, within a matter of weeks, I proved him wrong even though I really cannot take the glory when I look back. About two weeks after that incident, my guardian (who I was living with at the time) gave me a note to the late David Bamigboye, the former military governor of the old Kwara State, who was dismissed by the late General Murtala Muhammed. It was a congratulatory message for the conversion of his dismissal to retirement (with a promotion to Brigadier-General) by General Ibrahim Babangida. Although I had some curiosity about the development, it did not occur to me that I had a big story on my hands until I shared it with Mr. Izeze. He sat me down and told me what to do. He said if Bamigboye was pardoned, it couldn’t have been him alone. He said I should find out about others and then seek clarification from the army. After a few days, I was able to confirm that Brigadier General Sam Ogbemudia had also been similarly pardoned. With that, I decided to gamble. I went to the office of Col Fred Chijuka, the then Military PRO or whatever his designation was. He was not on seat but his deputy was. He said it was not true and then threatened that if The Guardian published such a story, the newspaper would be closed down. I left his office dejected. But as I approached the gate, a soldier ran after me and said his boss wanted me back. When I got back to his office, he confirmed the story to me in confidence because, as he said, nobody would speak on record on the matter. At the office, I wrote the story and it was not only the lead, it was the subject of magazine cover stories the next week.

That became an instant motivation for me and just a few days later, I ran into another luck. I overheard some old men playing the local ‘Ayo’ game discussing Obasanjo’s bid for the position of United Nations Secretary General and one said in Yoruba, “E je ko ma tan ra re. Obasanjo ti o gbo French” (let him be deceiving himself, Obasanjo that cannot speak French.) I picked it immediately: Could his inability to speak French hurt Obasanjo’s chances? The next day, I went to the French embassy asking to see the media man. When I met him, I introduced myself as a reporter from The Guardian and said we had information that France would not back Obasanjo’s bid “because he cannot speak French.”

The guy said I should go and put my question in writing and submit. I went back to the office and got Mr Izeze to write the letter for me. He did and I submitted. On a Tuesday afternoon the next week, reply came. Without mentioning Obasanjo’s name, the embassy said French is spoken in so number of countries and by so many millions across the world. On account of that, France would not support any candidate who cannot speak French. I had my story! But this was Tuesday and I worked for a Sunday newspaper. It was the longest week of my life as I kept praying that no newspaper would get the story before Sunday. None did. The ‘cracked reporter’ delivered again!

With my by-line on these lead stories, people were now asking about Olusegun Adeniyi at The Guardian. Other stories soon followed. I broke the ‘419’ story through a friend who worked in the security department of NIPOST when they closed 33 mail boxes. Ambassador Olu Sanu who taught me in my final year at Ife was appointed chair of the panel on the resolution of Sudanese crisis by Babangida in his capacity as AU Chairman and I started getting stories from them. I also aligned myself with Messrs Akpo Esajare, Sina Ogunbambo and Felix Oboagwina on the political desk and they willingly took me under their wings.

In those days, being a staff reporter with The Guardian was a badge of honour. We were different. We were also very arrogant. We considered ourselves superior to other colleagues. The interesting thing is that we were also treated with much more respect than others by politicians.

My first year at The Guardian was really very fulfilling.  But by early 1992, Mr Izeze was promoted to edit the daily paper and Mr. Kingsley Osadolor became my editor. For some inexplicable reasons, he just didn’t like me or my stories. On Friday night he would raise a million questions on stories I had submitted since Thursday and would expect me to go and find answers for them. We now relate very well and he has explained that his decisions at the time were based on what he saw as my professional naivety. But about three weeks after he became my editor (on a Friday) I shouted at him, “I am tired of this hypertensive journalism” and walked out of The Guardian. On Monday, I tendered my letter of resignation.

My guardian and everybody who heard about my resignation felt I was being silly, especially since I had no other job. There is a part of this story that I would rather hold back for which I will forever be grateful to Mr. Raheem Adedoyin, then the Transport Editor. Like me, he is from Kwara State and he had taken me like a younger brother. But before the expiration of my one-month notice, I was invited by Mr Soji Omotunde, the editor of African Concord magazine who said he heard about my resignation. Following a meeting with him and publisher, Deji Abiola, I was offered the position of Senior Staff Writer. That was how I left The Guardian. 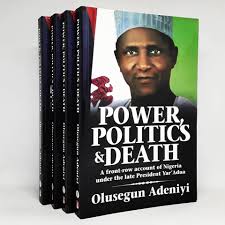 Looking back, I owe so much to The Guardian because that was where I learnt my journalism (having read International Relations) and particularly to Mr Izeze and several others. Interestingly, the first time I met Reuben Abati whose writings I had fallen in love with, I felt so star-struck that I nearly prostrated for him. It took me a few years later to realise I am actually older than Abati by 24 hours!

Olusegun Adeniyi, current chair of the editorial board of ThisDay newspapers was the presidential spokesman for the late President Umaru Yar’Adua. A 2010/2011 Fellow at the Harvard University’s Weatherhead Centre for International Affairs, he is the author of several books, written as extended, non-fictional narratives on the Nigerian question, including The Last 100 Days of Abacha,, Abiola’s Travails, Fortress on Quicksand, POLITRICKS: National Assembly under Military Dictatorship, Power, Politics and Death: A front-row account of Nigeria under the late President Yar’Adua and Against the Run of Play: How an incumbent president was defeated in Nigeria