Ever since the era of Nigeria’s independence leaders, namely, Nnamdi Azikiwe, Obafemi Awolowo and Ahmadu Bello, there have hardly been political leaders who have been able to capture the country’s sense of largeness; largeness in term of diversity, imagination, resourcefulness and sheer numbers. Being the most populous black nation in the world, it behoves our leaders to speak on behalf of black people wherever they are to be found on earth. 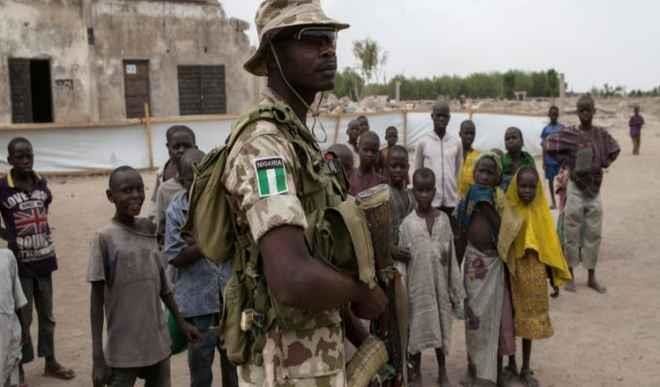 Whilst our musicians, writers and artists illustrate in startling brushstrokes the splendors and measure of our greatness as a people, our political class has continuously undermined our collective achievements and aspirations.

I remember when Nelson Mandela passed in December 2013, the entire community of world leaders flocked to Johannesburg to pay the great man their last respects. Barack Obama delivered a stirring speech that buoyed and galvanised a stadium filled to capacity and beyond. Obama spoke intimately of the universal significance of the Mandela’s struggle, of how a seemingly backwater quest for racial justice and equality came to redefine the worth and meaning of humanity and justice on the grandest scale. And in delivering his message, Obama demonstrated his copious reading and keen awareness of the relationship between locality and globality.

The crudeness of the current Fulanisation thrust undermines the complexities of postmodern nationality and territoriality. It further seeks to undermine the already emasculated foundations of the state which is unable to cater to the needs and demands of its citizenry.

Other leaders such as those of Brazil and China spoke equally eloquently and impressively. Our Goodluck Jonathan entered the packed stadium as a furtive, almost regressive presence, totally devoid of the charisma worthy of the world’s most populous black nation.  On the world stage, even when representing the so-called ‘giant of Africa’, our president seemed to recoil, probably because he sensed he lacked the sort of quality required on world stages.

And this brings us to a particularly charismaless leader: Muhammadu Buhari who spectacularly failed to impress a squarely dismissive Donald Trump when he visited the White House in Washington D.C. But back at home in Nigeria, he plays the medieval potentate, aloof, unaccountable to the electorate, while abominable plunders of policy, tactics and strategy are committed in his name by fawning political underlings and sycophants.

Ideologically speaking, it is clear that the Buhari administration has no idea of what the concept of ‘giant of Africa’ entails. Even his understanding of what the idea of Nigeria means is troubling and therefore poses a sort of risk. Under his watch, Nigeria has been embarrassingly slow to grasp the purpose of the Africa Continental Free Trade Area (AfCFTA) agreement when she ought to be at the forefront in conceptualising and advancing its cause. It also demonstrates the country’s political leadership’s inability to come to terms with its responsibilities as a major continental player.

Under Buhari, Nigeria has not been known to devise any feasible plan to lead the continent economically. Instead, apart from bungling the initiative to forge a continental free trade agreement, the political leadership went ahead to close her borders with Benin Republic, amongst others, motivated by a conflictual protectionism.

At the same time, the government announced an immigration policy inviting all Africans into the country. One of the immediate consequences of this precipitate policy is America’s disqualification of Nigeria’s eligibility for emigration into the former. The United States expressed concern about the lack of internal security within the country, that is, the ease with which terrorists could seek and find refuge in Nigeria.

There are online videos of foreign nationals streaming into Nigeria since the policy to admit all Africans from elsewhere commenced. No cogent explanation has been provided to support this contradictory policy.

Since the Nigerian Civil War (1967-1970), Nigeria has endured prolonged self-scrutiny about its aspirations towards nationhood that have been left largely unfulfilled. The country is as confused as ever as to how to forge a collective vision that satisfies its teeming ethnicities and minority groups.

The country’s natural oil and gas resources, rather than forming the basis to build national wealth, have become sources of acrimony, divisiveness, and violent discord. All over the Niger Delta, vigilante organisations have sprung up contesting the sovereignty of a nation that has failed them woefully. Under the guise of economic parity and justice, terrorist militias have emerged and found ways to thrive under multiple shadows of illegality.

In 2001, Karl Maier published a book, This House Has Fallen. The book etched a grotesque picture of Nigeria, floundering like a drunken, comatose, non-state across blighted and desolate landscapes. He graphically illustrated scenes of a ghost country, large parts of which were concealed from time, lost in a labyrinth of phantom beings, nameless horror and ontological emptiness. It was, in other words, a chimera of a country, disconnected from everything but most of all, fundamentally disconnected from itself.

Historians and social theorists have always argued that the seeds of disintegration of a nation are planted within rather than from without. There are chaotic voices in Nigeria’s muddled head. Never has there emerged a calm, reasoned monologue as to how to embark on the undoubtedly tedious undertaking of nation-building. There needs to be a conscientious clearing of conceptual paths, there needs to emerge a dominant voice of collective reason that slowly glides above the riotous waves of discordant dialects and tendencies and that assures every minority within the country that all is well, that it is indeed possible to cobble together a nation out of a perplexing welter of nationalities, emotions and elemental hurts. We need a Mandela-like figure for this almost impossible task.

Obafemi Awolowo, the selfless Yoruba leader from the South-west region called Nigeria “a mere geographical expression.” Ahmadu Bello, the redoubtable Sardauna of Sokoto was perennially skeptical of a viable pan-Nigeria project. Instead, he unabashedly looked out for the political interests of a supposedly monolithic North thereby hardening and polarising age-old sentiments. It didn’t take a full decade before these simmering sentiments and antagonisms flared up in open warfare in the shape of military coups, and eventually, a full-blown civil war.

And then here comes Muhammadu Buhari, openly embracing a grand policy of Fulanisation of an already fractured Nigerian nation. Blinded by the arrogance and short-sightedness of power, he feels he can accomplish the level of political dominance Uthman Dan Fodio intended after the success of his jihad in 1804. In adopting this sort of retrogressive mindset, Buhari is not only undermining the tenacity, resilience and intelligence of the bewildering ethnic mix that constitutes present-day southern Nigeria but he is also grossly misreading the geopolitical configurations of power that govern global affairs.

The Sudan under the disgraced Omar al Bashar had the same reactionary mindset towards its southern peoples which culminated in the civil war that birthed South Sudan in 2011. Already Donald Trump has voiced concerns about the ill treatment of Christians in Northern Nigeria. It is difficult not to construe the fault-lines as a clear-cut confrontation between Islamic fundamentalism and Christianity: inevitably, Samuel Huntington’s thesis pertaining to “a clash of civilisations” suddenly becomes relevant again.

The crudeness of the current Fulanisation thrust undermines the complexities of postmodern nationality and territoriality. It further seeks to undermine the already emasculated foundations of the state which is unable to cater to the needs and demands of its citizenry. A state in which 271 girls could suddenly disappear at will into enclaves fabricated by rabid terrorists is not a state in the real sense of the term but a failed or a phantom state.

The supposed kingmakers of Nigeria have a lot to answer for on account of their appalling error of political judgment in selecting a dangerous, reactionary simpleton like Buhari to govern the terrifying amalgamation of ethnicities that make up Nigeria. Rather than confront this complexity head on with a broad range of equally complex strategies, Buhari’s crude solution has been to further attempt to reduce complexity into simple manageable forms, e.g. North versus South, Fulanisation equals cohesive nationhood, maximum force equals maximum dominance etc.

But instead, the results achieved by this barbarous approach has been to stifle initiative, truncate realistic visions of nationhood and muddle collective conceptions of justice and fairness. Increasingly, this approach has fostered a belief in the heinous credo: ”might is right.”

The state under Buhari is clearly not about to become welfarist or developmentalist. Rather, it would become at best, a semi-omniscient, irrational Big Brother-like succubus, decimating its hapless citizens all in the name of security and “unity” while failing to provide protection, stability and order. Its raison d’etre and rhetoric would be as confusing as ever devoid of any real ideological impetus apart from the blind and murderous aim of Fulanisation.

The state thus becomes an enemy of the people and in all likelihood, the gory scenes of present-day Syria, disgorged by implacable addicts of power, might begin to re-play themselves in the blighted regions of Nigeria, unleashing sheer havoc across the historic West African coastline and more ominously, well beyond, upon the larger world. The inability for the Fulani political elite to recognize, let alone find the necessity to amplify Nigeria’s almost unparalleled diversity as well as complexity, is a piercing act of violence, a collective and self-nullifying gesture that poses a greater risk than any external threat.

This myopic vision is also a shameful anachronism totally unworthy of the most dynamic black nation on earth. In cultural, modernist and technological terms, it is in fact, an abominable instance of retrogression that would make the likes of Christopher Okigbo, Nnamdi Azikiwe, Herbert Macaulay, Mahmud Tukur and all the other true heroes of Nigerian patriotism turn hopelessly in their graves.

The ultimate shame of the current Nigerian state is that it has become more dangerous than its own befuddled enemies. Its enemies, in other words, only have to sit back and watch plunge it venomous fangs into its badly decayed body politic.

For such a long time, our politicians, unlike our esteemed writers and artists, have offered nothing of value to the world apart from shocking and enervating tales of obscene graft, empty megalomania, veniality and incompetence. Their numerous failures as a class place the future of the Nigerian project of nationhood at risk because they clearly have no worthwhile ideas, let alone grit to make a Nigeria we can all be proud of.

A case in point is the dethronement of the former Emir of Kano, Muhammadu Sanusi II, who by most accounts, is urbane, highly sophisticated and uncommonly courageous. Sanusi contradicts all existing notions regarding the bearing and attitudes of the typical Fulani aristocrat. He behaved more like an unabashed political rebel, a beloved champion of the talakawa, ceaselessly “speaking the truth to power” as if he had his base squarely lodged within the hoi polloi, rather than being ensconced amid the corpulence of ill-gotten wealth. 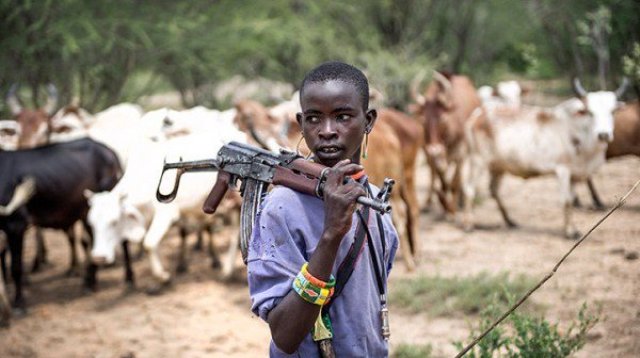 And rather than the political class viewing Sanusi’s existence as a necessary if uncomfortable presence within the corrupting precincts of power, a concerted effort was made to quell his voice, to criminalise all notions of dissent and critical public deliberation. His dethronement further serves to impoverish an already criminally deprived public discourse pinning for much-needed fuel for more thorough social reflection, and ultimately for more effective national reconstruction and development: a task continually misdirected and botched by us all, that is, both the governed and the governors.

Sanya Osha is an author and scholar living in Pretoria, South Africa. His latest book is Dani Nabudere’s Afrikology: A Quest for African Holism (2018).

Sanya Osha scholar and writer based in the Gauteng Province, South Africa.