A Review of Frontiers of Jihad

When in 1967, Israel defeated the Arab alliance of Syria, Jordan, and Egypt in the six-day war, the wind that would germinate into the whirlwinds of Islamic militancy was sown.

Little did the world know that this defeat of ‘Nasserism’ would necessitate the creation of a new, more binding and perhaps nefarious identity across the Middle East and later Africa. And that this new banner would define global politics for the next quarter-century after the fall of the Iron Curtain. In his book, Frontiers of Jihad : Radical Islam in Africa, Yinka Olomojobi, a legal mind with interest in conflict studies, set “to explain ‘how’ and ‘why’ radical Islam finds a breeding ground in Africa”. He attempts to connect the dots from the origin of religious conflict in the Crusades of the 11th century to the present day battle in the heart of the Middle East to destroy ISIS. In erudite arguments, he theorises the framework on which the concept of radical Islam and terrorism can be understood, and proceeds to give practical examples of how this has been demonstrated in the rise of militant Islam in Somalia, the Islamic Mahgreb, Mali, and Nigeria. There is a surfeit of scholarly references and popular anecdotes from prophets to poets, and to politicians which provide a panoramic rendering of the subject.

Frontiers of Jihad suffers many editorial shortcomings. There are blatant neologisms without glossaries; sometimes, the writer takes liberty with the language for license to create new words.

The book is divided into two parts. The first, Exploring the Frontiers of Jihad, is a treatise on the conceptual framework for understanding the psychological, historical, economic, socio-political, and metaphysical dimensions of radical Islam. It interrogates the subject through the lenses of critical realism, group theory, group grievance, culture theory and invented traditions. Olomojobi avers that radical Islam can be best studied from a rationalist and impassioned approach with keen observation of events that lead to logical conclusions. He assumes the posture of a scientist to unravel the different layers of this subject, exploring relevant texts and historical documents.

The clash between Western and non-Western societies is largely based on religious differences, the author argues. An early conflict was the Crusades in the 11th and 12th centuries when European Christian fighters waged a relentless war to reclaim Jerusalem. This conflict continues to play out today as Israel and Palestine, surrogates of deities, still do battle over this tract of land awarded by both the Jewish God and Allah. In Nigeria, we have the menace of the Boko Haram sect, who believe that Western education is sin, and have rained terror on the inhabitants of the northeastern part of Nigeria with forays into other regions and the Federal Capital Territory. This is perhaps rooted in the fact that Islam is not just a religion [defined by Spiro as an institution of culturally patterned interaction with culturally postulated superhuman beings), it is a way of life. It mediates as much the relationship between man and God as it stipulates how humans should interact with each other.

The greater Jihad, which involves the struggle to please God in the daily activities of the faithful, is contrasted with the lesser Jihad where the preoccupation is to preserve the global Muslim community, ‘The Umma’, through an aggressive campaign against outside secularist influences and imperialist forces. This latter interpretation has been manipulated to form the ideological basis of present day radical Islam (Qur’an 2:207 and Qur’an 2:216).

The author notes the implications of this argument and makes distinction between such tricky concepts as Islamism, Militant Islam, and Islamic Militancy. It is germane to the discussion that by the very nature of its ethos, Islam cannot be separated from the quotidian life of its adherents. Hence, it is natural that Muslims, jihadist at the extreme, would always want the state to be run by the dictates of the religion. This is the crux of the argument, and any incursions by the west into territories with a Muslim majority are bound to be interpreted not just as a political assault but as a spiritual colonization, and hence a valid reason for a Jihad. Therefore, secular democracies are an anathema to the extremist who sees Jihad as a tool of political liberation. In Nigeria, it is instructive that many states in the North have Sharia legal system despite the fact that the country professes to be a secular state.

It is this inseparability of state from religion that has remained the constant source of friction between the Middle East and the West [who are carrying on the evangelism of secular democracy). It was why the ‘apostate’ Shah of Iran was deposed in the Iranian revolution of 1979 which was greeted by popular support, as the monarchy was viewed not only as leaning towards western values but also as a puppet of ‘The Great Satan’, the USA. Barely a decade later, when the Mujahedins of Afghanistan triumphed over the Soviet Red Army, it was seen as a divine victory for righteousness.

Thus the two types of Jihad are illustrated. The greater Jihad, which involves the struggle to please God in the daily activities of the faithful, is contrasted with the lesser Jihad where the preoccupation is to preserve the global Muslim community, ‘The Umma’, through an aggressive campaign against outside secularist influences and imperialist forces. This latter interpretation has been manipulated to form the ideological basis of present day radical Islam (Qur’an 2:207 and Qur’an 2:216).

The centrepiece of Olomojobi’s argument however is anchored on the theory of group grievance. But first, he takes a detour to build a background of important paradigms on religion relevant to his theory: particularly, the views of Marx, Weber, The Positivists and The Instrumentalists. He shows the reader that religion can be a tranquilizer, a normalizer, or an agent of economic liberation and suppression. In the hands of the powerful, religion can be manipulated to suit the needs of the day.

There is a surfeit of scholarly references and popular anecdotes from prophets to poets, and to politicians which provide a panoramic rendering of the subject.

The work of Arthur Bentley on Group Theory is important to the understanding of how individuals assume their identities as Jihadists. Showing that the group is a ‘mass of activity with a purpose’, the author is able to develop a plausible theory of the radicalization of individuals from moderates to fundamentalists in the milieu of terrorist cells in settings as different as Belgium and Yemen. This is the model favoured by Al Qaeda and recently ISIS where young converts are quickly indoctrinated and radicalized.

Grievance, whether real or imagined, is held up as the cause of radical Islam. According to Gurr (1970), grievance arises from expectation-realisation mismatch. There is perhaps no higher or more urgent demonstration of this than in economic deprivation. Bloomberg et al have studies that showed that terrorism was likely to emerge from economically deprived states. This is corroborated by the fact that at the time of the virulent ascendancy of Boko Haram, the north-eastern part of Nigeria had the worst data on unemployment and standard of living. Charles Stith’s oft-quoted aphorism that, ‘if belief is the seed of radicalization, poverty is the fertiliser’ readily comes to mind. And there are fewer more fertile lands, poverty-wise, than in Africa. Olomojobi quotes Franklyn Ogbunwezeh on page 36:

“The African continent is littered with failed states. Most of these states are economic backwaters; social apologies, and political ruins… Colonialism designed and inspired the problems. But the decadence was then driven along by a horde of initiative pirates; trained in the fine art of piracy…”

Therefore, a potent combination of the frustration-aggression mechanism and the intrinsic nature of Islam to rebuff any attempts at secularizing the state has resulted in radical Islam being entrenched in countries where poverty is rife and the agents of the state are seen as pandering to the West. It was not surprising to discover that most of the radicalization of Egyptian Muslims occurred during the peaceful reign of Anwal Sadat.

In the second part of the book, Radical Islam in Africa, Olomojobi deploys his hypotheses to explain the origins and operations of terrorist groups in Somalia, the Islamic Maghreb, Mali, and Nigeria. He notes the irony that Somalia, the only ethnically homogenous country in Africa would gain notoriety as the archetypal failed state on the strength of religious primordialism and clannishness. The years of retrogressive military dictatorship created a pervasive economic hardship that allowed Al-Shabaab to gain influence and orient the country towards Islamism.

Similarly, The National Liberation Front of Algeria (FLN) rose to power on the wave of discontent against the exploitative colonial policies of France. This animosity towards imperial meddling was stoked into the fire of the fight for independence. Subsequently, the FLN consolidated power and transformed Algeria into a one-party state. The attendant effect on the socio-political and economic destiny of the country prepared the grounds for radical Islam to take root.

Coming home, the author uses the grievance theory to a clinical explanation of the rise and predominance of Boko Haram in north-eastern Nigeria. He maps the chronological and ideological evolution of this notorious sect from its founding to how it was able to seize the apparatus of the state to deal some of the most excruciating blows to the Nigerian psyche. There is a table that attempts to present all major attacks by Boko Haram from 1995 when it was founded to the abduction of the Chibokgirls in 2014.

With the recession in Nigeria and the dwindling fortunes of other African countries, the ground is indeed fertile for the germination of terrorist ideologies with Islamic leanings. The failure of the economic experimentations with the West coupled with the meddlesomeness of the global powers in affairs of other sovereignties create a resentment which is seized on by groups who promise the return of The Faithful to the glorious pasts of the Caliphates. The debacle in Syria, Yemen and Iraq is a testament to the fact that as long as economic deprivation continues, demagogues will rise and manipulate religion to devastating ends.

Frontiers of Jihad suffers many editorial shortcomings. There are blatant neologisms without glossaries; sometimes, the writer takes liberty with the language for license to create new words. It is however well researched and referenced as is expected of any work of erudition worth its weight.

Nevertheless, this is a book that must be read by all who seek a holistic account of the rise and progress of radical Islam in Africa. 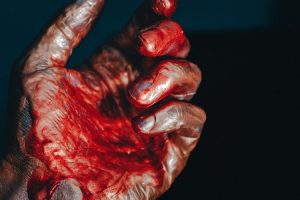