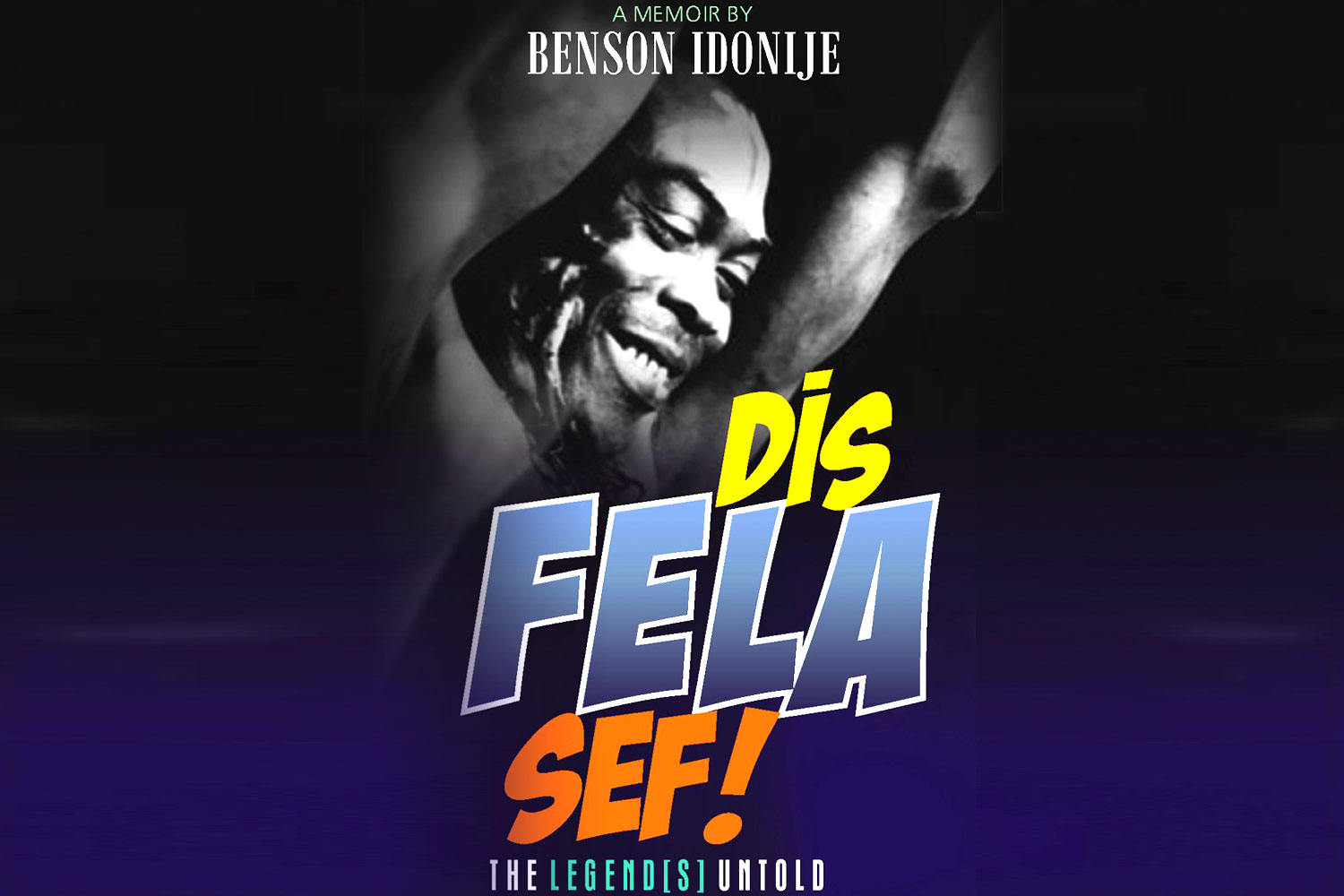 Everybody knows Fela. Everybody seems to know Fela. Everybody thinks that they know Fela. But Fela is that kind of phenomenon that is at once famous and obscure; he is the kind of personality that is so large, so nuanced, so multi-layered that nobody can confidently say they know all of him. Even Fela, I imagine, didn’t know all of himself. And even though Idonije knows Fela very deeply, he surely doesn’t have all the words on Fela – and he doesn’t pretend like he does. But Idonije knows a lot of important things about Fela. Therein lies the essence of Dis Fela Sef! – a memoir that says very important things about Fela.

When you think of Fela, you think of weird, of crazy, of eccentric, of rebellious, of nonconformist, of rascally, you think of many things that are socially needful and socially repulsive in the same breath. Fela is an explicit image of the duality (or, even, multiplicity), the contradictions that define humanity. Fela is like Esu in the Yoruba religious pantheon; he is smithereens of the good, the bad and everything that comes under that fragile distinction between good and bad. This is the Fela we know. The great musician. The thorn in the flesh of corrupt politicians. The activist. The legend.

I wish this memoir had been written to detail only the times Idonije and Fela shared together, to describe only the things the author experienced first-hand. The many third-party records take away some measure of connection for a reader like me. They lack the kind of spirit that Idonije’s first-hand accounts have.

But Idonije shows us not only the Fela we know; he also shows us the Fela we don’t know and, more importantly, how the Fela we don’t know accounts for the Fela we think we know so well. In Dis Fela Sef, we don’t read about only Fela the legend, we read of Fela the hustler; the hustler who had to deal with ups and downs, disappointments, low self-esteem and self-shame. Idonijeh writes about how Fela, in his early days, performed at a Joe Harriot concert. “I was ashamed by the time I finished what I thought was a good solo… they all looked at me with pity as if I was suffering,” Fela would later recount that experience.

Idonije equally details Fela’s struggle to get the bosses at EMI Records to record Jeun Koku, the hit track that would later shoot him into international limelight; the track that, we may argue, finally succinctly defines what Fela has been trying to invent as Afrobeat. On many occasions, Fela is not allowed to step into the premises of EMI Records and he has to beg, on several visits, before the company bosses would even agree to listen to the song. As Yoruba people would say, eyes have seen: Fela’s eyes indeed see a lot. Such, and many more, are the humbling experiences of Fela on his long, turbulent odyssey to stardom and to the status of the legendary.

Idonije shows us the very strange, sometimes laughable, contradictions of Fela’s life. For example, he is a staunch advocate of everything African – culture, music, spirituality, and all. Yet, Fela’s children (like all other people in the Kalakuta Empire) call him by his name: a complete anathema in the African way of life. Again, Fela fights tooth and nail against tyranny in whatever form it manifests itself, especially on the political scale. Ironically, however, he rules the Kalakuta Empire with rather heavy hands. The story is told in this memoir of how Fela once instructs one of his aides to slap his wife, Seun’s mother, because the food she cooked got burnt.

Idonije’s narrative shows us all of Fela, in all his frailties and foibles, in his eccentricities and extremisms, in his strengths but most importantly, in his vulnerabilities. The events that mark Fela’s voyage into African spirituality show that Fela could be naïve sometimes. He is literally tricked by the Ghanaian magician, Prof. Addaie Hindu, who gives him the impression that black power magic is real, even though in one instance, it is publicly discovered that Prof. Hindu makes use of nothing but illusion. Also, Fela becomes a heavy user of marijuana in a rather funny turnout of events. In his early days, Fela detested anything smoke and he would often punish members of his band for smoking. However, Eunice, one of his uncountable sexual partners, deceptively starts giving Fela marijuana without his knowledge. He however loves the effect on his sexual performance and thus he becomes initiated into the marijuana cult so much so that he later becomes a staunch advocate of the substance. What’s more, marijuana would eventually become a big part of Fela’s spirituality.

Perhaps the most important quality of Idonije’s writing is that it is compassionate. In this memoir, you would read of silly mistakes made, and ridiculous decisions taken, by Fela. But all of this is told in a measured manner, a manner that is full of grace and tender with empathy. Idonije’s writing is not laden with judgment. And that is why one would read of all the foibles and vulnerabilities of Fela yet he wouldn’t become any less a legend in their heart.

Dis Fela Sef is not a perfect book, so much as Fela is not a perfect being.  First off, there are technical production glitches that distort some words in the book. This, yet again, underscores the point that a lot still needs to be done in the Nigerian publishing sector to maintain global best practices and ensure that we can publish books that are completely error-free. Besides production hitches, there is something about this memoir that could easily make reading it tiring. That thing is excessive repetition and belabouring of points. Too much information is repeated in this memoir; too many facts are overstressed, stated over and over. For example, I can’t recall how many times I had to read that 14A Agege Motor Road is Fela’s home address. Or that it is almost opposite Empire Hotel. These and many more repetitions make the reading a little tortuous. Again (and this is talking from a very personal perspective), I wish this memoir had been written to detail only the times Idonije and Fela shared together, to describe only the things the author experienced first-hand. There are many third-party records in this memoir, and it seems to me that the author actually wanted to get as many details as possible into the book. While this is not bad in itself, it takes away some measure of connection for a reader like me. These third-party accounts lack the kind of spirit that Idonije’s first-hand accounts have. There is a great feel of intimacy in the details of events experienced by the author himself and the times he shared with Fela. Like how they both leave their duties at the Nigerian Broadcasting Corporation to organize a concert in Ghana, and how they deal with the administrative consequences. Or, how Fela would bring girls to Idonije’s room in the middle of the night to sleep with them, sometimes sending Idonije out of his own room. Once, Fela would not even stop having sex with a girl, while he chats with Idonije. These parts are breezy, poignant, adventurous and full of wits. For me, these are the most important parts of the narrative.

I’d like to end this review on this note.

I was six years old when Fela was buried. And if trusting my 6-year-old memory is not too wide off the mark, I do not remember Fela’s funeral as a sorrowful affair. I still see images, the way they flashed through my father’s black-and-white television screen. It is a mammoth crowd; it is more of a jamboree than a funeral. In all the accounts of Fela’s death as recorded in this book, there is no point where you feel the kind of sorrow that one is wont to feel when reading about death. Idonijeh and other people through whose perspective the book details Fela’s final days don’t make you feel like Fela has died and it is such a sorrowful thing. And do not get it wrong: Fela died in particularly harrowing circumstances, essentially starving for weeks and dying a weak, frail man. But there is no grief, no misery. The most you’d feel is just that unfortunate knowing that Fela is no more. Because Fela is the kind of person who dies and people find it hard to mourn – because he is more of a force than a person, more of a revolution than a human. And even though he is dead, Fela’s spirit remains very much with us.

Odumboni is currently a Fulbright Foreign Language Teaching Assistant at New York University, in Brooklyn, New York, United States of America. All rights to the article go to him. He can be reached at kayodeodumboni@gmail.com.

Surprise
0 0 %
Previous post A Model for the Inclusive Novel 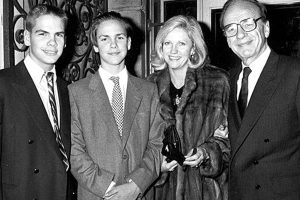 Next post The End of the House of Murdoch?