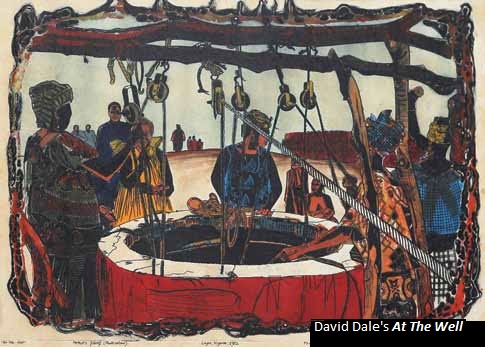 But Kolade Oshinowo is classified as Contemporary artist, as indeed Olu Amoda, Biodun Olaku and Rom Isichei. An observer of the Nigerian art scene would be right to ask why Odutokun and Jegede would be on the opposite side of the Modern/Contemporary divide from Oshinowo, when the three are all part of the generation of artists that emerged after the Zaria Rebels.

“It’s a classification made by the auction houses, mostly”, is Castellote’s initial reaction. He is clearly hoping there won’t be a follow up question on this issue. Pressed for explanation, he mentions the year 1945 as the distinguishing line: “If you are born after that date, your work is classified as contemporary”.

That sounds intriguing, but the Spanish architect who’s keen on documenting Nigerian art isn’t keen on discussing these classifications. He shakes his head vigorously to suggestions that the distinction be interrogated. He’s upset: “People just like to talk”, he complains, in a manner that suggests that the conversation is a waste of time.

So we ask Chika Okeke-Agulu, a full tenured professor of Art History at Princeton University in the United States (you don’t get more Ivy League than that). Okeke-Agulu is the author of Postcolonial Modernism: Art and Decolonization in Twentieth-Century Nigeria. Wondering why we have to turn to auction houses to classify what’s modern or contemporary, Okeke-Agulu gives us this full bodied response: “On modernism, my thinking about it revolves around three elements. First, it involves a belief in the notion of the avant-garde, meaning a generation of artists who see themselves as leaders in defining artistic/cultural and sometimes even political futures of their societies (Senghor/Nwoko); second, it involves conviction about the primacy of formal invention, that is development of new, rigorously expressed pictorial/sculptural styles (Uche Okeke/El Salahi); three, a firm commitment to renegotiating one’s relationship–via a break with or tactical appropriation of–inherited or imagined “tradition” (Belkahia/Boghossian).

I suggested that the contemporary artist (Anatsui/Kentridge/Akomah/Mehretu) is not, for the most part, invested in all three elements. Sometimes one or even two elements might be important to the contemporary artist, but not all three, and certainly not to the extent that they were crucial to how modernist artists imagined their work”. Nowhere, in this long speech, does Okeke –Agulu mention DATE. The classification, it appears, is far more nuanced, than when you were born.

But there’s something here, in Okeke-Agulu’s explanation: not even all the members of the Zarianist Revolution could claim to be modernists. Well? 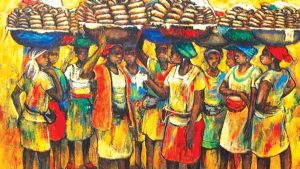 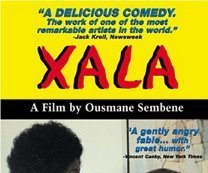 Next post Where The Arty Party Is On This Weekend