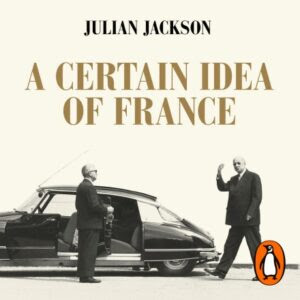 A Certain Idea of France: The Life of Charles de Gaulle, by Julian Jackson (Penguin)

World War 2 made Charles de Gaulle. At the time of France’s squalid surrender to Germany in 1940, De Gaulle was an obscure brigadier-general in the French army with some eccentric ideas about tank warfare – ideas that would be used by the invaders during the successful Blitzkrieg campaign and then finally, and perhaps grudgingly, accepted by the victors. Instead of using tanks in dashing, but futile cavalry charges, De Gaulle believed in tanks co-operating with infantry and anti-tank guns.

His theories were dismissed by the French high command, but employed effectively by German generals such as Rommel and Guderian.

De Gaulle took those ideas with him when he fled France rather than surrender. There is a lot about fighting in Julian Jackson’s brilliant book, but it is the politics that makes it fascinating. I received this book a year ago, soon after it had won a literary prize, and it has taken me that long to finish it. At 959 pages, it is heavy going but seldom boring. There are also passages you revisit because they are so well written you want to relish each word and sentence.

Jackson tries hard to be fair to De Gaulle, and there is a sense of admiration for a man who divided not only his own country, but also those of his allies. No wonder Winston Churchill said (or was alleged to have said of him): “The greatest cross I have to bear is the Cross of Lorraine.”

The two men were not friends and it would be hard to attach blame. Both could be difficult. Franklin Roosevelt positively loathed De Gaulle and Stalin dismissed him. Only Dwight Eisenhower, as Allied commander, seems to have tried to befriend him. But De Gaulle brought a vital element to the Allied side in World War 2.

With France capitulating and becoming a virtual vassal state of Nazi Germany (the Vichy part that was not occupied until the end of the war), De Gaulle sustained, and personified, French resistance to Germany.

It didn’t start well, however. De Gaulle arrived in Britain with virtually nothing except a few patriotic Frenchmen who has fled their homeland to carry on the fight. De Gaulle believed that Vichy forces in France’s colonies would rally to his side, but few did. In Syria, for example, Britain had to fight a vicious campaign against the French to protect the vital Iraqi oilfields next door.

In Dakar, a small Vichy garrison defied a French invasion by De Gaulle’s Free French Forces, and in the Far East, the Vichy government threw in their lot with the Japanese. The few colonies that rallied to De Gaulle’s side were in the New Hebrides, east of Australia in the Pacific and too far away to make a difference.

Nevertheless, De Gaulle rallied Frenchmen and some of the colonised to fight on, in North Africa, Italy and finally on home soil where he arrived, triumphantly, in Paris in 1944 to march down the Champs Elysees, all on his own, with rivals and supporters following well behind. It was the single moment when De Gaulle projected himself as the “man who saved France”.

That’s only halfway through the book. The rest of it is made up political intrigue, dealing with potential mutiny in the army over Algerian independence, surviving assassination attempts (Day of the Jackal being the most famous, if fictious) and not a little compassion. He was devoted to his wife and his Down syndrome daughter. The passages that describe those relationships give a human touch to a man who was considered the biggest pain in the arse by even his friends and allies. 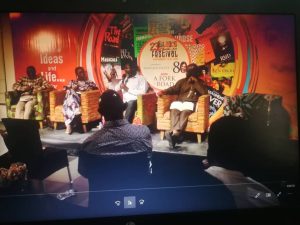