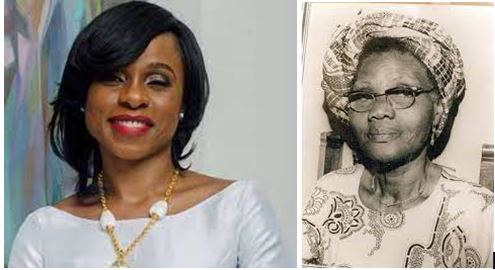 Bolanle Austen-Peters, BAP’s founder and CEO, announced that the family has given her the rights to tell the story of one of the most important people in Nigerian history.

Bolane Austen-Peters herself is undoubtedly one of the most enterprising culture producers and promoters in Nigeria, with BAP productions and Terra Kulture, a culture hub which has hosted several stage and screen productions of some important Nigerian stories. Her production relationship with the Ransome-Kuti family has been productive and she has taken the stage production of Fela and the Kalakuta Queens across the world. It is only fitting that she is presenting the story of Funmilayo Ransome-Kuti to the world via the big screen.

The proposed biopic will present Mrs. Ransome-Kuti to a new audience. BAP Productions has a history of investment in important stories. The company’s 93 Days, about the three anxious months from when the Ebola virus first showed up t in Nigeria to when the country was declared free of it, was the first film  BAP participated in, although without the full ownership. The film was screened at theToronto International Film Festival, Chicago Film Festival, Pan African Film Festival, Los Angeles Film Festival, San Francisco Film Festival, African Film Festival Cologne and Johannesburg Film Festival, winning an award at the festival in Los Angeles.  Blink Lagosians, the 2019 feature film directed by Austen -Peters is a keen observation of life at the upper crust of Lagos society. It is credited as being one of the top grossing films of 2019. Collision Course just released, is attracting rave reviews. BAP has also told indigenous stories like Moremi, and Olurounbi on stage. And it has marked the register as one of the playhouses to stage Soyinka’s Death and The King’s Horseman

It is expected that the proposed biopic of Funmilayo Ransome-Kuti, which will be titled Lioness of Lisabi will be produced with the same intentionality that has marked BAP productions over the years. Funmilayo Ransome-Kuti’s story is one of Nigeria’s most important stories and it is surprising that there are not many screen adaptations of it. The upcoming production is not the first movie to be titled Lioness of Lisabi. In 2008, Nigerian-American scholar, Stephanie Shonekan wrote a short film of the same name but it was not popular in Nigeria as many of the actors and the director are non Nigerians.

Funmilayo Ransome-Kuti is often framed simply as the first Nigerian woman to drive a car or the woman who led a series of protests that sent a king on exile but hers is a far more nuanced, fuller life. She was the first female student at Abeokuta Grammar School, the only woman in the NCNC (National Council of Nigeria and the Cameroons) delegation to London in 1946 to protest the proposals of the Richards constitution. She also won the prestigious Lenin Peace Prize in 1970. She is also remembered by many as Fela Anikulapo-Kuti’s mother but women’s history scholar, Tayo Agunbiade, explains  that she is also a ‘mother of the nation.’ The proposed biopic is expected to hit the screens by the end of 2022. 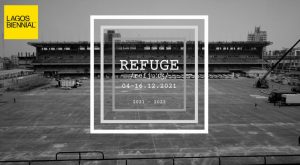