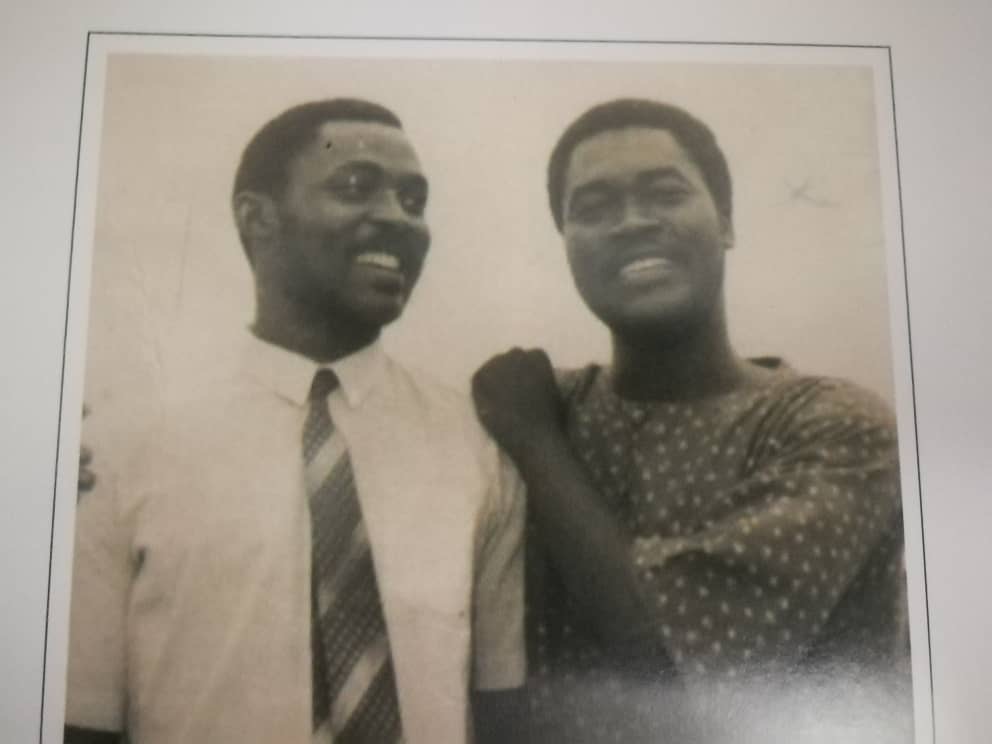 A review of RMD: Portrait of a Warri Boy

A book is comparable to a painting dripping with raw emotions depending on the focus of the subject. A collection of tributes is more like a thermometer by which the person at the centre of the exposition can measure the pulse of those around him. Richard Mofe-Damijo (RMD) as he became later is a writer and he could have written a whole book all by himself. However, the gathering of writers gave greater context to the anthology. In his prologue (pages 9 to 13), he gave some reasons why turning sixty was a big deal. He regaled us with family stories, his coming to Lagos, his career growth, and the women in his life (more like lives). In any case, if you must understand why pictures on pages 158 to 161 are about musicians, he left no one in doubt when he stated, “I also have had my fair share of dalliance [romance for those who may prefer that word!] with the music industry” (page 11). This review refuses to be a spoiler. The humble agenda is to rehash what has been set down in cold print and fill a few gaps that never made it into the book. Read the part about Gloria and the biscuits I bought for her from England. Read how Evans played the taster saving a toaster from advancing to the next level. Now we can say the anointing has spoken in tones.

The star of RMD: Portrait of a Warri Boy is Bovi Ugboma, a former personal assistant to RMD. In his contribution, titled “The man behind the brand,” Bovi takes his readers through the inner workings of the mind of his former boss. After reading Bovi’s piece, I confirmed my hunch that I really did not know Richard; however, Bovi makes me richer and clearer in my perception of Richard the actor, editor, and administrator. The very well selected encounters shared by Bovi helps to reconstruct the dynamics between a mentor and his mentee. The intention of Bovi was not to whitewash a man who gave him opportunities to grow. A very attentive human soul who knows his onions and who with his green pen could re-direct fuzzy thoughts to the highway of clarity. If you ever ask the question how does he have the time to be so meticulous, you are just going to be on your own. Not one of the twenty-five writers could dare provide such an answer.

Therefore, who exactly is Richard Mofe-Damijo, a man his friends in the South West will like to dance with (as in Bamijo). If you are interested in minor but salacious details of RMD’s growing up years, Tade Ogidan is a sure pilot. He wrote his chapter as he speaks. If you know Tade to any degree, you can almost visualize that mischievous smile on his face as he dug up every memory he shared. His six pages inclusive of photographs was so tastefully done without turning it to what junkalists (the junk journalists of yore) would do. If truth must be told, I will give anything to know the identity of women who cooked and brought gifts for Richard during one of his many business trips to London. Once again, the synchronicity of how Bovi presented a former boss and how Tade as an inner caucus friend familyoutsider cannot be missed. Both Bovi and Tade present a Richard who is so focused to an almost inhuman extent.

All the other contributors can be located as plus Bovi or minus Tade. Collectively they presented Richard readers will meet on most pages of the Internet highway.

As in every generalization, you may be surprised how Professor Segun Ojewuyi took RMD’s family stories and turned them into what reads like an eye-witness account. What else can one expect from a brilliant professor of Theater Arts and a stage Director of repute? Prof Ojewuyi may be brief in appearance compared to RMD, his robust narration that traced a distant part into the present most now feel comfortable with, is the stuff academics who believe in originality are made of. If pictures can speak, the Black & White 107th picture of Bovi Ugboma and his boss needs no extra analysis. Should the Duke of Shomolu ever decide on making the life of RMD into a stage play, the part of Uncle London should be a major part.

There is a pleasant politics in contributing to a valuable book like this. The traces of such intrigues will remain unknown to readers.  To be a part of what might have transpired, readers must rush to pages 162 to 169. After you must have read the pages then flip to pages 170 to 182 where a certain John is mentioned. The John of Room M17 is the same John in the chapter I constructed. He managed his information so well that it was possible to tell one story as if they are two stories. John (not the Baptist!) knew Evans as his river started to fill up and he could tell stories of how his educational journey on stage started. Unlike John, I was running around to scrape information about Evans that hardly filled a page. I even contacted Dr. Georgiana Gore, an Emeritus Professor, whom I thought could give me exclusives about RMD as a student of dance. The lengthy description she gave about “power Dances” I thought Evans was a part of could not make it into the final edited copy.

By the powers not conferred on me as a reviewer of this book, I now share the golden words sent to me with you. “This title [Power Dances] was chosen so that it might be interpreted in 2 ways as either the dances of power or as literally power dances (here the verb). The dance drama was about the complexities of politics and power relations in Nigeria as I understood these at the time after being in Nigeria for 4 years. I wanted to explore and present in the performance, what I perceived as the interconnections between different power apparatus, which I then understood as producing a complex web in which the individual was entwined.  Such apparatus included the system of traditional rulers with its hierarchies such as the Edo monarchy; the politics of “tribalism” and inter-tribal competition; the democratic political system and hierarchies with their corrupt politicians; and of course, the military as the coup of December 1983 had already occurred. I guess I included the religious as part of this “web” although I gave a special role to the deity Olokun, to his/her cult adherents, and to a chief priest.”

Now that I have done my worst by sharing what did not make it into the book, let me now return to what I know best to do; review images. The book, RMD: Portrait of a Warri Boy has a little over 145 pictures. The images on pages 134, 137, 138 & 139 are reproductions of posters. The 100th image of the Wise men threw me back in time when I noted in my diary “What did I not like in three retired old men (in The Wise Men) re-starting their lives? What did I learn about growing old and how freedom is the beginning of every evil. Can you imagine that the third man had his integrity compromised by his two friends?

As the cliché goes, a picture speaks more than a thousand words. Pictures on pages 158 to 161 sing more than a thousand songs. How else do you interpret shots of Davido, Naira Marley, Wizkid, D’banj, Olamide, and Asa standing to either the right or the left of RMD? Every viewer of these images with minimal text is bound to ask questions such as; at what occasion was the picture taken. Who initiated the shot and what was going on in Naira Marley’s mind when the picture was taken? In addition, the background of the picture with Asa has a black & white picture of an African hairstyle, the sort a Pa Okhai Ojeikere is known for.

If reviewers are allowed personal preferences, the picture on page 29 tells me how images are moments captured in a hurry. The shoes have trod miles and the man in all his glory sits in a way as if in competition with the length of the window in the background.

Reading all the contributions, a reader will come away with a convincing description of that mythical elephant by blind creative minds. Should you have the time to savor what Gloria Rhodes, the singer, and executive Director of Steve Rhodes Foundation, contributed in five pages just be sure it is a tip of a deeper narrative concerning how besotted she was to RMD. I live to tell a part of the story and RMD’s throat can attest to devouring the expensive Biscuit I brought for Gloria on my return from England. In her bid to let me know that, Richard was the friend after her heart, she informed me “Richard liked the biscuits” I brought for her as a gift. Those hunting words signaled the very last day my feet went in the direction of her flat. What has a man not seen and experienced in Lagos? The Warri boy left a number of boys (now men) worried about their credentials. 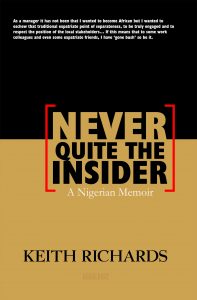 Previous post She Flushed the Curse Out of Him 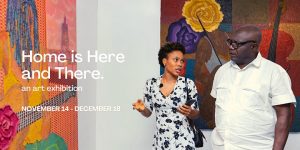 Next post Kainebi Opens at The Museum; Fashion Art at Oriental; ‘Cream Body on Stage’ at Kininso …