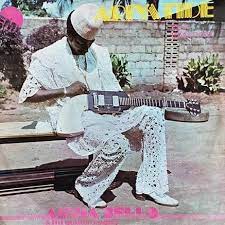 Iseyin, a small town in located North of Ibadan has produced many notable people but late Sakara musician, Yusuf Olatunji, and late magician, Folorunsho Abiola, popularly known as Professor Peller, are perhaps the most popular indigenes of Iseyin.

The sleepy settlement has also produced Ahuja Bello, a notable Juju musician who although less known, is probably as important to Nigerian cultural history.

Bello was born Ismail Dele Bello in Iseyin on 24th August 1942, he had his primary and secondary education at mission schools in his hometown and he left for Lagos in 1963, the same year he completed secondary education. Even though his father was a rich trader, Ismail was sent to Lagos to learn the art of repairing television sets. Nigeria was newly independent and Lagos Island, where Ismail was learning had a burgeoning music scene. Coming from a family of drummers and learning how to repair electronic equipments which often included speakers and live music instruments, young Ismail was close to the music industry and he attended shows.

When he completed his five years of apprenticeship with Alhaji Lateef, his master, he joined the band of I. A. Elegbede as the in band technician. He later joined the band of Expensive Olubi and His Golden Stars, a modestly popular Juju musician at the time, as a Bongo drum player. Even though he was from a traditional drummer family, he didn’t think of becoming a musician at the time he was drumming for Olubi’s band. He went on tour with Expensive Olubi and during one of such tours; he bought musical equipments which was the lifeblood of a musician’s career in those days. He might have bought those equipments to rent out in Nigeria but fate had other plans. He was contracted to set up the full musical set for King Sunny Ade, a popular Juju musician and successfully installing the equipment, Ade shouted ‘Ahuja!’, referencing the brand name of the equipment. The name Ahuja stuck with him at the time and when Bello Ajileye, one of King Sunny Ade’s band boys broke his leg in an accident, Ismail Bello stood in as a backup singer.

While combining his career as a sound engineer with his pastime, he met an older man who encouraged him to take music as a career and took him to the EMI studio in Apapa, Lagos. When he auditioned at the EMI Studio, he was asked to gather a band for recording. His first Album, titled ‘Awa Ti Danfo’ was released in 1976 under the name, Dele Bello. He soon became the toast of Lagos’s elite and he combined his old nickname, Ahuja with his surname Bello and Ahuja Bello, the Juju musician was born. His band was named Ahuja Bello and His Golden Eagles. Band names in those days were based on dominant narratives and there was a lot of copying between bands too. When King Sunny Ade started his career, his first band was named ‘KSA and His Green Spot Band’, a direct reference to juju pioneer, ‘IK Dairo and His Blue Spots Band.’ Fuji music pioneer, Sikiru Ayinde Barrister’s band was named ‘Supreme Fuji Commanders’ and Ayinla Kollington named himself ‘The General’, after their military careers and the dominant military rulership in Nigeria at the time they started drawing crowds to their music. Ahuja Bello’s naming of his band might have refernced S. F. Olowookere whose band name was ‘Commissioner S. F. Olowookere and his Federal Night Eagles Band.’ The naming of the band also suggests that band members were very important to the overall activities in the band.

A key feature of the Juju music scene then were the patrons. Nigeria was awash with petrodollars and the growing middle class meant that the market for live music and other entertainment forms expanded. Ahuja Bello’s first live performance was for Alhaji Buhari Alade Oloto, a Lagos socialite who was the toast of Lagos musicians for decades. Ahuja Bello released many albums in quick succession and wormed himself into the minds of the Lagos Peppersoup elite. However, he sounded uncannily like King Sunny Ade and people accused him of copying Ade’s style. It was rumoured that some show promoters went to the extent of using King Sunny Ade’s image to promote Ahuja Bello’s performances and some unsuspecting listeners would think it was Ade performing. Coincidentally, they both had tribal marks depicting their origins. Although older than Sunny Ade by four years, Ahuja Bello lived under the shadow of Sunny Ade for many years. Like Sunny Ade, Ahuja is equally talented with the guitar and gifted vocally. It might seem that Ahuja himself deliberately capitalised on the comparison as he continued to adopt Sunny Ade’s vocal style including the rhoticity method where the /r/ sound reflects in vowels where it is nonexistent. The cadence, instrument and beat styles were also exactly like King Sunny Ade’s. However, he could not dance like Ade and even if he was planning to, the road accident that left him bedridden for several months in 1982 put that ambition to rest. King Sunny Ade is one of those once-in-a-lifetime stars who have people living under their shadows, not because those people are not talented but because the star was too bright to be outshone. Ahuja Bello’s relationship with Sunny Ade is paradoxical. He was made popular by the comparison, yet, he lived up to the hype, in spite of his modest musical oeuvre.

Juju music by design lends itself to folk sayings and, in cosmopolitan Lagos, lots of the street slang was/is rooted in Christian preachings.  Despite Ahuja Bello’s muslim faith, he navigated this with much ease. In his debut album, he sang a Christian tune ‘Ko S’oruko to dabi Jesu’ and Christian tropes feature in his songs repeatedly.  He sang songs that were didactic and did a lot of storytelling, which featured folk lyrics. He adopted traditional Yoruba praise singing methods reminiscent of his background as a child drummer in Iseyin. By the time he was celebrating his one year anniversary in 1977, he was already so established that he threw a party at the Lagos City Hall to launch the ‘Ariya Tide’ album. Alhaja Bimbola Olokodana, a popular Lagos socialite, was the matron of Ahuja Bello Fans Club.  Professor Peller was a huge fan and patron. Ahuja Bello was also booked for shows by social clubs. While on tour to London in 1979, Bello recorded a live album, ‘Ahuja in London’ and he met Reggae legend, Bob Marley. He was later signed to Afrodisia and Ibukun Orisun Iye records, two of the prominent record labels in Nigerian music history.

Ahuja Bello’s reign came to a screeching halt while returning from a performance on his 40th birthday in 1982. He had an accident and broke his right femur when he rammed into a stationary military vehicle. This left him bedridden for several months.  Between his trip to the EMI studio and his accident, he had released 10 albums.

There are life defining incidents that people don’t often recover from, Ahuja Bello’s accident is one of those.

He soon became the toast of Lagos’s elite and he combined his old nickname, Ahuja with his surname Bello and Ahuja Bello, the Juju musician was born.

Even though he made a comeback in the late 1980s, he was never quite the same. Accidents precipitate as much mental challenges as they do physical ones, and the car accident must have taken a toll on Ahuja Bello’s mental health. An active performer who was fast rising as the toast of the socialites became suddenly bedridden. If Ahuja Bello had come in the current age, his career might have done better with a diversified stream of income that does not fully rely on live shows. Those days, musicians made the bulk of their money from live performances unlike now where there are streaming platforms.

As Ahuja Bello was recovering, tragedy struck again in 1987 when he had another accident on a bike. He recovered again and launched his second coming in an industry that had become saturated with new Juju styles. Ahuja Bello struggled but his struggle is not isolated as even Juju music had been on a slow decline.

BY THE LATE 1980s, Sina Peters had disrupted the Juju music style as it was known. With hindsight, Peters’ fast paced  brand of the music served as the middle passage to  Afrobeats, which is now all over the place. Still, in 2011, Ahuja Bello attempted a third coming, releasing an album which failed to attract commercial success. He went off the radar for a while again until he returned in 2020 with a live show that was streamed on social media platforms. He has also struggled with transitioning from medleys to short songs and tastes have changed.

Ahuja Bello lived the full life of a Juju musician; he recorded with the popular labels, he married six women and had a large band retinue. He released classic albums that contributed to popular culture conversations, and praised the major patrons of live music in his days. The major pointer to the impact of the accident on his career is that his most popular songs till date are the ones preceding his accidents. Beyond the accidents, he might also have come at a wrong time. If he had come at another time, he might have been more popular as his era was very competitive. Ahuja Bello might not be as popular as Ebenezer Obey and King Sunny Ade, two of Juju’s most popular names but Ahuja Bello is an important feature of Nigeria’s cultural history and he deserves to be better recognised. 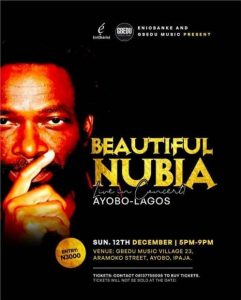 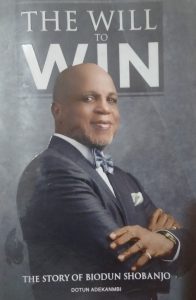 Next post The Essential Biodun Shobanjo and “The Will to Win”