A Review of David Eggers’ What Is the What

The Dinka of South Sudan, in Dave Eggers’ novel, What Is the What, believe that God created Man and gave him the best portions of the earth. This is staid, as all anthropocentric creation stories are, but it gets interesting. After creation, God put before Man two options to make human sojourn on earth secure: Man was to choose either the cattle or the What.

But what is this What, God does not say. So Man did the prudent thing, took the cattle over the unknown What.

Valentino Achak Deng, the subject of the novel, feels the What has something to do with why things we do not understand happen to us. But Eggers, by taking the novel’s title from the creation myth, add to that the subtitle (The Autobiography of Valentino Achak Deng) points us to Achak’s perseverance. Here is someone who would continually seek to better his lot, and may even risk choosing the unknown to do it, he seems to say.

Achak’s life story begins in Marial Bai, a serene village in South Sudan. Its narration however, is prompted by a robbery at his apartment in Atlanta. He tells it silently, as a plea to the robbers: ‘‘You would not add to my suffering if you know what I had seen.’’ The robbers, an African-American couple, cannot be bothered to care. They blame his naiveté for their crime, ‘‘Don’t you know you shouldn’t open your door to strangers?’’ The impudence of this question reminds Achak of the last ‘‘time’’ when he was ‘‘in the presence of evil so careless’’— hence, the telling of the story.

There are sections when Achak’s story seems to crumble under the weight of nonfiction’s need to validate its claims, usually, by referencing factual events. For example, the plights of South Sudanese refugees are discussed with reference to the Holocaust.

If anyone knows evil intimately, it is Achak. He is a Lost Boy. He has trekked over 1000 miles from Marial Bai through deserts to Pinyudo in Ethiopia, and eventually to the UN refugee camp at Kakuma in Kenya. A lion has gobbled a boy before him. He has seen several boys die of food poisoning from eating raw elephant meat. He has seen war, and survived it.

One way survivors of traumatic experiences seek healing is by talking about it. For Achak, ‘‘to do anything else would be something less than human’’ and because language saves one from solipsism, he says, ‘‘I speak to you because I cannot help it. It gives me strength, almost unbelievable strength, to know that you are there.’’ This is perhaps the only time Achak addresses the reader, you, it is fitting and instructive that this appears in the last paragraph of the novel.

War makes us forget we are human beings. So it is easy to understand how Achak can be reminded of his humanity just by the mere act of someone listening to him.

The book is a curious hybrid: the true-life story of an actual person, fictionalised; the product of ‘teamwork’ between the real-life Valentino Achak Deng, and the writer Dave Eggers. Someone, Mary Williams, the founder of the Lost Boys Foundation, listened to Achak’s yearning to tell his story to the world and contacted Eggers. ‘‘Because I was not a writer’’ Achak admits, in the book’s preface, ‘‘I asked Mary to put me in touch with an author to write my biography.’’

Why is it then a novel? ‘‘It should be known to the reader that I was very young when some of the events in the book took place, and as a result we simply had to pronounce What Is the What a novel.’’

Ironically, the preface which should be a spoiler is not, thanks to Eggers’ skill as a novelist. The lyrical prose, the sincerity of the first person voice, the story itself, and Achak narrating it to specific characters in the novel, keeps the reader leafing through 532 pages. But it does not escape an information overload, which is typical of nonfiction.

As a result, there are sections when Achak’s story seems to crumble under the weight of nonfiction’s need to validate its claims, usually, by referencing factual events. For example, the plights of South Sudanese refugees are discussed with reference to the Holocaust. Also, after a play called The Voices, is performed by the Drama Club representing Kakuma refugees in Nairobi, Achak learns of Princess Diana’s death, and he’s touched by the out pouring of grief ‘‘in the markets, outside the churches, on the sidewalks.’’

Perhaps, Eggers adds these cultural references because he is writing about a person from Africa, so he is sensitive to the reception of his tale among, presumably, his primary audience which is Western. And he is sensitive too, to his subject, Valentino Achak Deng, so he is more likely than not, to sacrifice ‘artistic’ judgement in favour of the ‘journalistic’. Of course, due to hybrid nature of the novel, we cannot say Achak did not experience these events (that is, the aforementioned cultural references).

There are sections however, where you root for this ‘universal’ agenda (if there’s one). For example, when an irate Dinka man says to Noriyaki, ‘‘You need to talk to your people, your government, Mr. Noriyaki. It is the Chinese and the Malaysians who are making this war worse.’’

Noriyaki is Achak’s friend, and his boss, at a Youth Project sponsored by the Japanese, in Kakuma refugee camp. He explains to the Dinka man, ‘‘No sir. I’m Japanese. We are not such great friends of the Chinese either’’, this leaves the man ‘‘confused and disappointed.’’

Also, after Achak survives an accident which involved Noriyaki, and twelve Sudanese and Ugandan boys, a nurse thinks she brings him cheering news:

—None of your friends are dead, she said.

At this I was relieved. I had a memory of Noriyaki looking grey and covered with glass, but this woman seemed to be saying he had survived.

—But the Japanese driver is dead, she said, standing.

She left and I was alone.

Achak’s grief and loss immediately becomes ours too. We feel in our hearts, forcibly, the truth of a shared humanity.

Herein lies the advantages of the partnership between Valentino Achak Deng and Dave Eggers: It is a model for writers worried about how to represent a culture different from theirs. A model for writers concerned about the limitations of gender.

What Is the What depicts the live of a complex character who is much more than a poster child of heartbreaking portraits. Dave Eggers shows it is possible to find humour in sober themes, just as you can find a diamond in rubbles. This is a model for African writers who are mindful of pandering to a stereotype, yet want to write fiction inspired by the continent’s realities (civil wars, poverty, corruption, famine, etc).

Meres is a book lover, critic and culture vulture. He lives in Abuja, Nigeria and can be reached at aiby.meres@gmail.com 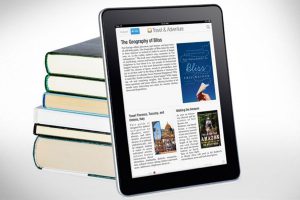 Previous post The Demise of Print Publishing Is Exaggerated 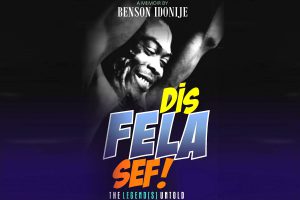 Next post Dis Fela Sef!: Fela in all His Humanity