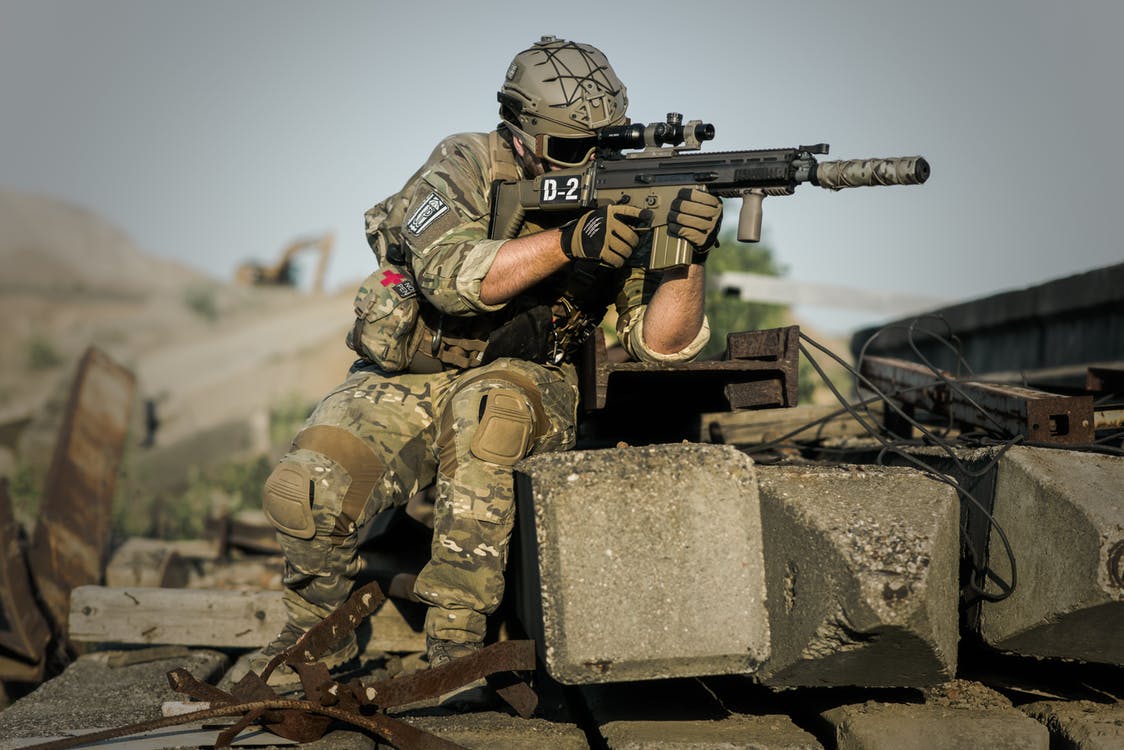 In 273 pages of twelve essays filled I with scholarly articles on terrorism, Inside Terrorist Organizations ( edited by David C. Rapoport) tackles terrorism from a range of perspectives by different scholars. The book is divided into three sections that look at terrorist organizations from the Internal Structure and Conflict, the Motivations and Justifications and the Concluding Sequel. With a ten-page introduction that basically summarises what each article says and what each scholar is putting forward. The editor gives an insight into when the studies on terrorism began, when ‘in 1969’ he ‘began to prepare a series of lectures for the Canadian Broadcasting Corporation entitled Assassination and Terrorism’ and when he ‘struggled to find appropriate materials.’

The challenges are different now: the topic of terrorism is one that has grown but there is no focus on ‘organizational details and issues’ as well as terrorist memoirs which seem to be ignored, according to Rapoport. Herein lies the essence of this book: to fill a gap in terrorist literature that has been ignored for a while. Rapoport emphasises this in the introduction.

Martha Crenshaw’s essay Theories of Terrorism: Instrumental and Organizational Approaches provides a detailed review of behaviour of terrorist organizations in which she offers two telling explanations to understanding terrorism and its consequences. The first is that ‘the act of terrorism is a deliberate choice by a political actor,’ therefore the terrorist organisation is seeking a political or social change; and in such a case, ‘an organization may not consider translating its ideological goals into action until the possibility presents itself.’ The second explanation looks at the internal organisation of terrorist groups  and highlights how such organisations seek loyalty among their members and in this case, the initial objective for the formation of the organisation is abandoned and an internal strife takes place.

Though not focusing on the terrorist attacks in Africa, this book serves as a good guide to understanding terrorism from a global perspective and how every action of terrorism can be understood.

Crenshaw gives two perspectives to the process of terrorism; the instrumental approach and the organisational approach. In the instrumental approach, violence has an end goal, which is to weaken the state and portray it as incompetent until some demands are met. In this approach, she describes terrorism as ‘a strategy of surprise, necessary for small groups who must compensate weakness in numbers and destructive capability.’ Her viewpoint on the reaction of government to terrorism is instructive: Governments often know that a terrorist attack is probable and what the likely targets are, but cannot predict the day or the hour of the attack.

Crenshaw’s essay is pivotal in having a better understanding of all the other essays. It’s from her essay we then understand the workings of the various terrorist organisations such as the IRA and the PLO amongst others and why they behave as they do

In following with the theories that terrorist organisations operate on, David Rapoport’s essay, The International World As Some Terrorists Have Seen It: A look at a Century of Memoirs examines the memoirs written by terrorists which he believes scholars have not studied well enough. The connection between how terrorist organisations operate as explained by Crenshaw and their decision to operate from an international angle is crucial and that’s why Rapoport asks, ‘why should a group function in the international world in the first place and how should it do so?’ In answering this question, Rapoport cites instances in Russia from the social revolutionists who ‘became interesting immediately to the world’ down the IRA which was ‘less successful in drawing on other sources of international support.’ But for organizations like the PLO, its internationalization ‘made it even more divided.’ Rapoport scrutinizes some of these terrorist organisations and how the decision to go international or not affected their organisation and what they were fighting for.

Ronald D. Crelinsten’s The Internal Dynamics of the FLQ During the October Crisis of 1970 looks at terrorism in Canada and the structure in which it operated as well as the reaction it invoked from the public and how it pushed the government to negotiate on air. This essay still makes reference to Crenshaw’s models of organisation and from it we learn how lumping together of terrorist groups goes a long way in doing a disservice in the fight against terrorism. Asides that, Ronald believes ‘it is possible to gain a better understanding of how terrorist groups evolve and function in specific times and places.’

If there is a country that’s experienced terrorism attacks over and over and over, it is Palestine. In A Battlegroup Divided: The Palestinian Fedayeen, David Th. Schiller looks at the Palestinian movement especially in the face of constant conflict, particularly within the Middle East. He diagnoses the problem of Palestinism as a ‘nationalism that only defined itself in reaction to Zionism and found its expression only in militant activity.’ Unlike other organisations that had militant wings and also a main political body, Palestine didn’t and this in turn led to the Palestine Liberation Organisation to be manipulated by other Arab states which in turn has led to many conflicts in the Middle East, especially due to ‘factionalism and strife.”

The Shining Path and Peruvian Terrorism by Gordon H. McCormick examines the origin, structure and activities of sendero luminoso [Shining Path). This particular terrorist organisation with a strong influence of Maoism was founded by Abimael Guzman, otherwise known as Comrade Gonzalo. Unlike other terrorist groups that ‘thrive on the exposure provided by an international press, sendero luminoso focuses more on action and says little and have gone ahead to record one of the highest successful terrorist operations in Peru.

The second part of the book titled ‘Motivations and Justifications’ starts with an essay by Zeev Ivianski, The Terrorist Revolution: Roots of Modern Terrorism. This essay takes a look at the use of terrorism in the Russian revolution which was waged by the revolutionary intelligentsia against Czars. In Russia ‘the purpose of the terror’ was to ‘overthrow tyranny and establish institutions of political theory.’ This essay looks at the terror in Russia and who controlled it.

In getting to know terrorists better, one needs to read their books even though it doesn’t say much and that is what Bonnie Cordes does in his essay When Terrorists Do the Talking: Reflections on Terrorist Literature. Bonnie gives us two different aspects through which we can analyse terrorist communications, what he calls ‘the propaganda aspect’ which is how they persuade and ‘the auto-propaganda aspect’ how they persuade themselves. This essay looks at these aspects and gives an insight into the mind-set of terrorists especially for clandestine groups where it’s hard to get any info on them.

In following with the analysis of the mind-set of terrorists, Mark Juergensmeyer writes on The Logic of Religious Violence. This essay does a good deal of explaining why violence and religion are found together. Asides that, Juergensmeyer explains why violence needs religion and why religion needs violence, and this, especially at a time of religious violence, are a pertinent question and topic to look into. With a brief history into religious symbols and songs, from the Sikhs to the Christians, Juergensmeyer looks at the significance of violence in religion and why most religions have a hint of violence in them. He says of religion, ‘religion deals with the ultimate tension between order and disorder, and disorder are inherently violent, so it is understandable that the chaotic dangerous character of life is represented in religious images.’

Ehud Sprinzak, still on religion, writes From Messianic Pioneering to Vigilante Terrorism: The Case of the Gush Emunim Underground. This essay is a classic example of how ‘a nonviolent political movement’ can embark on ‘a violent course that produces terrorism.’ Gush Emunim, a messianic movement, engaged in terrorism due to ‘their built-in orientation towards abrupt historical shortcuts.’

Towards the last two essays, the focus is more contemporary, especially with regards to state terrorism and foreign policy formulation. Grant Wardlaw in his essay Terror as an Instrument of Foreign Policy looks at various nations such as Syria and Libya as sponsors of state terrorism and the response of the United States to such countries.

Rapoport and the scholars that have contributed their essays to this book have managed to give a holistic perspective on terrorism, its effects, it’s organisation among many other questions that one would seek answers to. This book, though not focusing on the terrorist attacks in Africa, serves as a good guide to understanding terrorism from a global perspective and how every action of terrorism can be understood. Till now, most of the focus on these terrorist groups is either on Arab countries or European countries. Nothing is mentioned on Africa but regardless of that, there is a lot one learns.

If there is anyone that needs to read this book most, it is Africans, for whom home-grown terrorism seems to be a growing menace and whose international support from sister terrorist organisations further encourages more terrorist attacks, recently in its wake, the abduction of the Chibok girls by the Boko Haram and the killing of 147 students in faraway Garissa in Kenya. But most importantly, this should challenge our own scholars to look at the terrorist organisations that operate on African soil and how their organisational structures could be interrogated to provide a broader and fuller understanding of terrorism in this part of the world.

This review first appeared in the brochure for the 18th Lagos Book and Art Festival in November 2016.

The reviewer, Socrates Mbamalu, is an author with This Is Africa. Born in Nigeria and bred in Kenya. Mbamalu’s works have appeared in Waza Africa, Saraba Magazine, Deyu African, Kalahari Review, African Writer, Sankofa Mag, Jalada and adda. He is a 2016 Saraba Nonfiction Manuscript prize awardee. He can be found on Twitter as @linsoc.