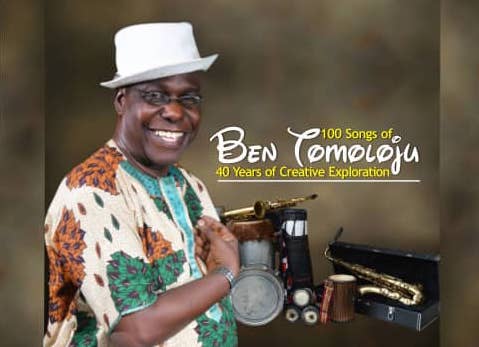 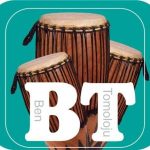 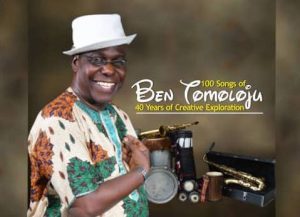 The composer, singer, dramatist, theatre director and culture communicator will be performing LIVE, some of his 100 Songs, which were recently unveiled on a Google App by the same name.

It is the first Live unveiling of the 100 songs since the App was launched on August 29 by the Producers/Promoters, Concrete Communications.

About the songs of  Ben Tomoloju

The collection of 100 SONGS OF BEN TOMOLOJU is about humanity, about fellow human beings growing spiritually, intellectually and materially, “, states Tomoloju, who was at various times, Arts Editor and Deputy Editor of The Guardian newspaper.

“They are a hundred in number. But the hundred are just a fraction — between a quarter and a third — of my entire repertoire of original compositions. It is a bumper harvest of music with a cross-over appeal.” Some of the songs have been harvested from Tomoloju’s popular plays including Jankariwo, Mujemuje, Askari, Iphigenia Finds Aiyelala, Amona, and This Proverb, which was recently published by the US-based Omni Publishers, and now available on Amazon and Barnes & Nobles.

The songs have been dedicated to members of the Kakaaki Arts Kult, the art producing fraternity, which Ben Tomoloju founded on June 8, 1980, while he was an English and English Literature teacher at the Saka Tinubu Secondary School, Agege, Lagos.

Statements by the Producers

100 songs of Ben Tomoloju mines more than 40 years of creative exploration to bring you a variety of songs in a variety of genres. It is, to say the least, a collector’s item. This is not just art. This is history and we hope that in times to come, we would be able to get the necessary support to do a lot more for Nigerian artistes and art.

You will certainly find your choice of genre in this compilation that I choose to call a reference in Literature. Where else can you find a package of 100 songs in one, which will also come with the lyrics and the inspiration behind each song? This is a collectors’ item. A product I am proud to be associated with.  You’ve got to have access to it.

About Freedom Park at 10 Celebration

It is a month-long (September 30-October 30) that will feature a series of events, including lectures, concerts, exhibitions, performances and other sundry items. Details at www.freedomparklagos.com. 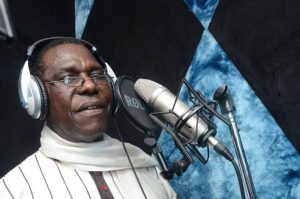 Ben Tomoloju is a multi-talented, iconic creative personality and a master in many respects. He was born in Ilaje LGA, the coastal and riverine belt of Ondo State, Nigeria, in 1954. He attended various elementary schools in the old Western Region of Nigeria. He moved to Christ’s School, Ado-Ekiti in 1968-72-74 for his School Certificate and Higher School Certificate. It was in this secondary school that he began to exhibit his potentials as an all-round artist with great prospects. He wrote his first play, “THE SON OF A WITCH AND SWEET POISON” at the age of 18, under the tutelage of the now globally renowned poet, Distinguished Professor Niyi Osundare. He later obtained a Bachelor of Arts degree in English and Literary Studies from the University of Ibadan (1975-78) where he also had a comprehensive training in Theatre Arts.

Thereafter, Ben Tomoloju was engaged in numerous occupations, especially in the areas of education and journalism. He taught English Language and Literature in English at Saka Tinubu Memorial High School, Orile-Agege, Lagos between 1979-82, even as a freelance journalist.

As a teacher, he established THE KAKAAKI PERFORMERS on exactly June 8, 1980 for the development of young talents from his school and other institutions in Lagos State. Quite a good number of those budding talents are icons in their own rights in the performing arts and the media today. They include Jahman Anikulapo, Antar Laniyan, L’oni Spak Awoyokun, Ola Tehinse, Leo Onwordi, Bayo Fayaman Adesewo, Kay Tomoloju, Akeem Anisere, Abiodun Ayoyinka (Papa Ajasco), Kola Olawoyin, Sunday Adewale and a much younger generation which includes Salome Eketunde, Omo-Oba Jerry Adesewo, Tomi Ogunjobi and Toyin Adewale. Kakaaki, having been founded 40 years ago, is actually the milestone for this project on Ben Tomoloju’s 40 years of creative exploration. There is a whole lot of artistes that have hit the limelight through the influence of BT that space would not permit a mention here, but they maintain a strong bond of solidarity.

Beyond cultural pedagogy as a tutor, Ben Tomoloju is a pace-setting journalist, by virtue of which he was cited in “Who Is Who In Nigeria” in 1988 as the pioneer of professional arts journalism in Nigeria. He is a renowned playwright and theatre director, and some of his plays have been performed on the international stage just as he has also represented Nigeria in various cultural missions in Europe, the USA, Latin America, and parts of Africa.

Ben Tomoloju’s published plays include Jankariwo, Askari, Flowers’ Introspect, We Only Went In Search Of Happiness, Let The Vanguards Come To Town, Just Married, Aminatu: The Legendary Queen of Zazzau. He co-authors A Vote For Tolerance with Jahman Anikulapo Anikulapo and also has to his credit a book of Yoruba folktales ‘Ogorun-Un Itan Lati Ile Yoruba’, sponsored by Dr. Bukar Usman Foundation.

More about Tomoloju in the link below:

The attached fr your kind attention and exposure in your esteemed medium, please.

Thanks for your usual assistance. 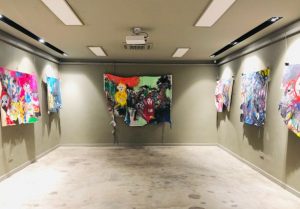 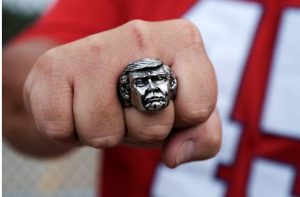 Next post A second wave is coming. Of Trump, that is. Here’s some reading to prepare